Nature (the Creator) wishes to show us that until we learn to treat each other right, we must be practically isolated from one another. And it doesn’t matter whether we’re attending a prayer or a protest. Our good attitude will lift the quarantine!

Today we will try to start building a Partzuf: to create out of our individual ego something common, to mold a soul. We need only to soak clay in water (Hassadim), then everything will unite into one body of the 10 Sefirot, and from it we’ll be able to make common actions for the sake of the Creator.

A teacher teaches HOW to think, not WHAT to think. He teaches how to be independent from others and from oneself, pointing only toward the goal: the Creator’s revelation.
From Twitter, 9/23/20

Who Is A Good Mayor?

Question: Mayors of several Mexican cities, New York, Europe, and Africa gathered on Zoom to discuss how to restore their cities after the virus, i.e., build bike paths, green lawns, parks, work for people, to integrate nature into cities.

The fact that mayors of many cities, quite egoistic individuals, are connecting together to seek mutual assistance, is this progress?

Question: Do you think a good mayor is more concerned about being reelected or about delivering what he promised to those who elected him?

Answer: I believe that for a good mayor it’s all the same: to be reelected, to love your constituents and do everything to benefit them, and try to make sure that everyone who goes to vote would vote for him.

Question: Do you think that all municipal governments will start working for the benefit of people or will this stop after the tension subsides?

Answer: This is a problem because humanity has not yet realized that through people such as city mayors can nature be corrected. Perhaps they should be given more authority.

The mayor of a city makes sure that there is water, clean air, kindergartens, and schools. This is the house manager, in short. And this is most vital for us.

Question: Should mayors of cities be given maximum power, money?

Answer: Yes. Not to be confused with anything else. He has to make sure that we are comfortable in our home. This job requires the right person. The mayor must be a local overseer.

Question: What should the mayor of the future be like in your understanding?

Answer: I’m not talking about any mental, psychological, or spiritual criteria. I am saying that all this should be seen in our example, in our life.

So that everything is clean, ready, open, provided for different levels of citizens, and so on, that’s all. This is what the mayor should do and have this sense. There are people who have this sense. We need just such a person and the appropriate team.

Question: And then, if he has such an inclination toward people, he will be given both strength, ability, and power?

Answer: Sure. He will gain support from below, he will receive support from above. From above means from nature.

Question: What would you add to this? Let’s say there is such a desire now. What could be added to keep this whole thing going?

Answer: A crystal clear understanding of the fact that we exist in an integral world, in complete dependence of humanity on each other and the dependence of all mankind on inanimate, vegetative, and animate nature.

Therefore, we must be concerned about all levels and do everything possible to ensure that nature is harmonious and integral at all its levels. Then we would not be terrified that Antarctica suddenly is beginning to melt or something else is happening, some excesses in the earth’s crust, and so on. We would not worry. We would think that all these phenomena may be happening because nature is dynamically balancing itself in this way.
[269713]
From KabTV’s “News with Dr. Michael Laitman” 5/4/20

Related Material:
A House Needs A Wise Woman
A Portrait Of America In Decline
On The Verge Of Collapse 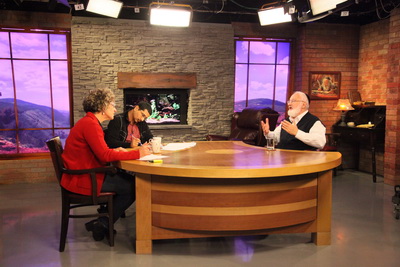 The gap between my self-image and the way others perceive me is designed to guide me forward in life. We are like a zero in comparison to the upper force, yet we can resemble it with the help of the right environment. It is necessary to choose an environment of people who promote me and whom I can use as a mirror for discernment. We need to be taught how to balance our self-image from above and below in order to achieve our goals.
[250307]
From KabTV’s “New Life 1143 – Self-Image,” 7/25/19

Where To Look For The Right Solution?

Question: Our whole life consists of making decisions about ourselves, family, work, and some global tasks.

Many famous people have expressed their thoughts on this matter. For example, the Roman writer Publilius Syrus (around 100 BC) wrote: “We must give lengthy deliberation to what has to be decided once and for all,” which has been popularized to “Discuss often, decide once.”

Mikhail Saltykov-Shchedrin wrote: “With open discussion, not only mistakes, but the very absurdities are easily eliminated.”

And Albert Einstein is attributed with saying: “We cannot solve our problems with the same level of thinking that created them.”

What does it mean to make a decision? What kind of process is it from your point of view?

Answer: It is one thing if there is a solution or even several and I have to accept one of them. And if there is no solution, then a problem arises. I have to find it. Let’s say I have several personal options and I am looking for the one that is the most correct, cost effective, etc. This raises many questions. I need to investigate by which parameters it is better to choose: cost effectiveness, speed of execution, reliability, and so on.

Question: Is the right solution always obvious or should it be hidden?

Related Material:
The Purpose Of Life – The Core Of All
Life Was Given In Order To Attain The Creator
Different Goals, Same Direction

Who Can Become A Leader Today?

Question: In the past, a leader was chosen based on how truthful his promises came across, his charisma, courage, determination in decision-making, and only then on how he leads state affairs, how he deals with unemployment, people’s incomes, and so on.

Business psychologists raised the question: what will happen in the post-coronavirus period? Will our vision of leadership talent mature to be based on concern for people’s well-being? What do you think future leaders will be like?

Answer: The leader of the future is a person who understands how to bring people together. That is all. Nothing else. But we need a small note here: this is not like Mao, Lenin, or Trotsky who would get up on an armored truck and inspire people. There were such great inspirational personalities.

The fact is that you need a person who sets a goal not to defeat someone at another’s expense, but to unite absolutely everyone. This is a problem because we are always competing against someone.

This cannot happen here. We are all together against our nature, our essence, our beloved egoism. A leader must know the genuine nature of the world, and how we can deal with this nature. Or rather, how not to deal with it. Otherwise, how can he be a leader if he does not understand what he is dealing with?

He must fully grasp and feel nature, its altruism, its self-enclosed finite nature, and its value. He should understand that man must come to achieve a complete similarity with nature through unity with each other, what is called adhesion with it, how to achieve this, what kind of forces, his connection with nature should help him in this.

Our nature is egoistic, but the environment is altruistic. So, I have to change myself from an egoist to an altruist in connection with other people. So, when we all remake ourselves in this way, we will become like the general nature of the world—altruistic. This is what we must achieve.

This is not a high hurdle; this is nature setting this bar for us. It will definitely happen! You will see within a few months how the world will begin to move toward this.

The leader will have to offer the world a method of uniting all of humanity. He must strive for this. There can be no other way.
[269758]
From KabTV’s “News with Dr. Michael Laitman” 7/13/20

Related Material:
Leadership In The New Era
Leaders Of The New Century
The Difficult Path Of Humanity

Question: What are the main laws of recording of spiritual sensations according to the science of Kabbalah?

Answer: Repeatable results, just as in any science, the reproduction of a result by a person who is able to check it on himself.

Kabbalah, like any science, needs verification. Moreover, it welcomes such checks tests that are repeated by renowned and respected Kabbalists. They review the research and approve the publication of a relevant book. Later others can also use this book.
[240046]
From KabTV’s “Fundamentals of Kabbalah” 11/11/18

Shamati #42 “What Is the Acronym Elul in the Work?”

Lesson on the Topic of “Concerning Above Reason”