“Anti-Semitism In Mainstream American Politics” (The Times Of Israel) 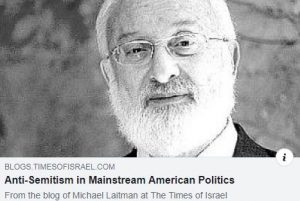 How many times do freshman lawmakers from the Democratic Party need to apologize for anti-Semitic remarks until we understand what truly lies in their hearts and minds toward Israel and the Jews? Rep. Ilhan Omar’s allegation that the Jewish lobby and money are buying American politicians seems to be only the tip of the iceberg of a larger anti-Semitic problem of a vociferous and growing radical wing against Israel within US Congress and political circles.

Only after a strong condemnation and ear pulling from her own party, Rep. Omar stepped back from her comments, sort of. It was certainly not the first time she sparked controversy with inflammatory remarks. Back in 2012 she tweeted that Israel had “hypnotized the world,” among other accusations during her political career. Meanwhile, Rep. Rashida Tlaib (D-MI), a firm supporter of Israel’s boycott, has been busy taking pictures with a pro-Hezbollah activist and accusing American Jews of “dual loyalty.” Both lawmakers have been warned by Republicans that “actions” will be taken if their incitement against the Jewish nation continues.

Jew-hatred appears to reach consensus regardless which side of the coin the anti-Semites belong to. Holocaust denier and former Ku Klux Klan leader David Duke has weighed in on this controversy, aligning with Omar’s conspiratory views toward Jews. He didn’t miss the opportunity to add more fuel to the anti-Semitic flame. Since Jews, Israel, are blamed for anything and everything in the world, this time Duke brought Trump’s wall to the public discourse, no less, demanding Israel pay for it.

One of the ways the nations of the world blame the Jews is by stating that Jews control the world and all evil comes from us. By saying so, they imply that changing the world for good depends on the Jewish people. From Nature’s perspective, meaning the inner forces that operate our world, this is, in fact, what we are destined to provide humanity. This is also the underlying reason for the growing hatred and demands toward us if we fail to fulfill this mission.

There is no fine line between anti-Semitism and anti-Zionism. Simply put, there is no line; they are the same. It is just easier and more comfortable for anti-Semites to hide their true colors under virulent criticism against Israel. When the Jewish nation is attacked from all sides, it is clear that we are the only ones we can rely on. Our good future depends solely on our unity.

Our nation was forged precisely through that unity, when individuals of different descents pledged to be “as one man with one heart.” Once our ancestors made that vow, they were tasked with passing unity on to the rest of the world, thereby becoming “a light unto nations.” When Jews disassociate from one another—and thereby abandon their commitment to humanity—they cease to be a light unto nations, and in so doing, invoke hatred toward them.

As it is written in The Book of Zohar, “Because they are of one heart and one mind … they will not fail in doing that which they purport to do, and there is no one who can stop them.” Our sages also stated, “Although the bodies of the whole of Israel are divided, their souls are a single unity at the root. …This is why Israel are commanded to unity of the hearts, as it is written, ‘And Israel encamped there,’ in singular form, which means that they were corresponding below, meaning they had unity” (Rabbi David Solomon Eibenschutz, Willows of the Brook).

Unity above differences is the true commodity of the State of Israel and what Jews in general have to offer the world, because this is our foundation as a people. We possess the method for bringing people together. Once we reach this unity, it will reverberate around the world to neutralize anti-Semitism. As the Midrash Rabbah writes in Song of Songs, “Israel bring light to the world.”
[241581]

Ship In The Desert Convention 2019 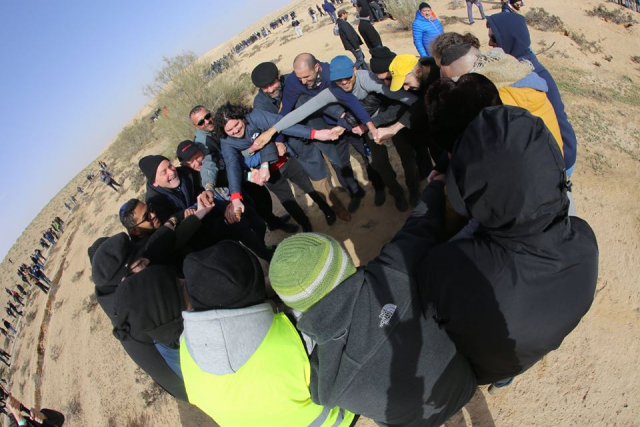 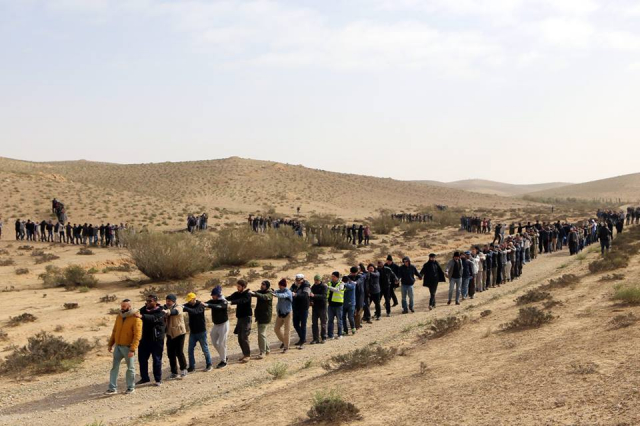 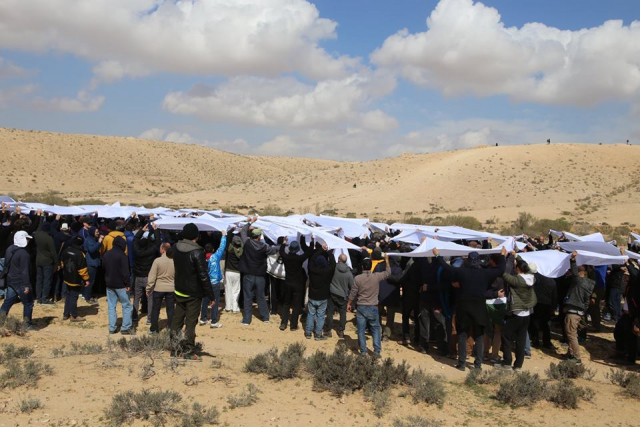 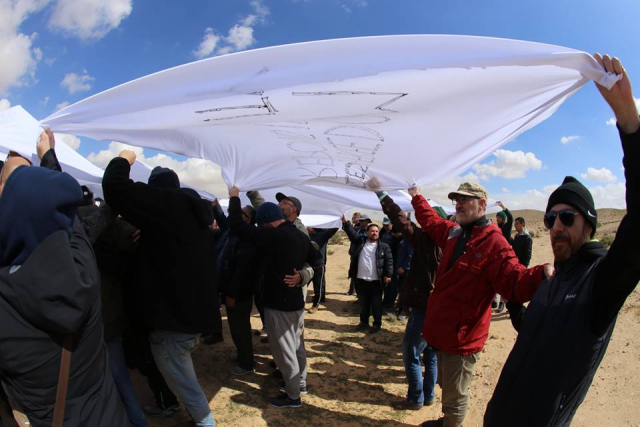 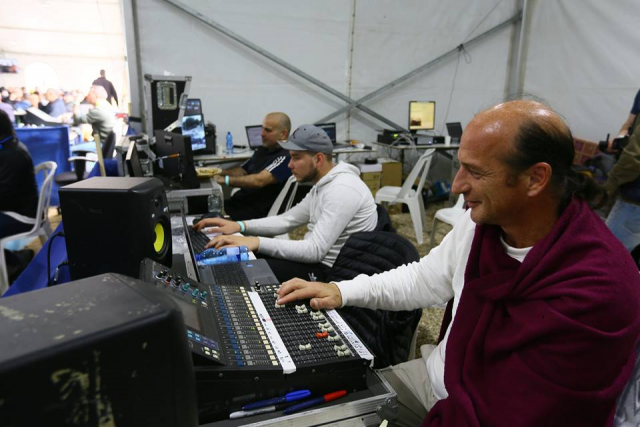 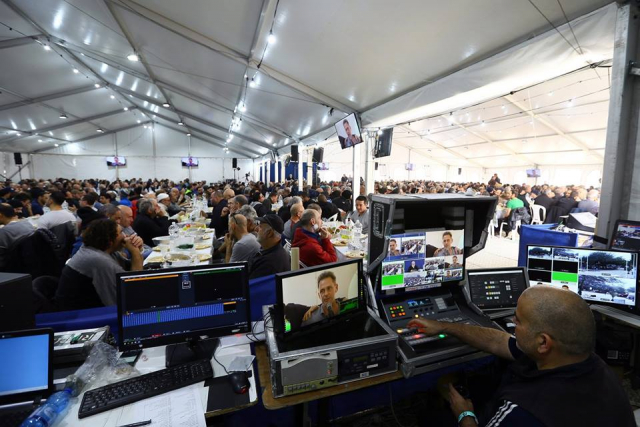 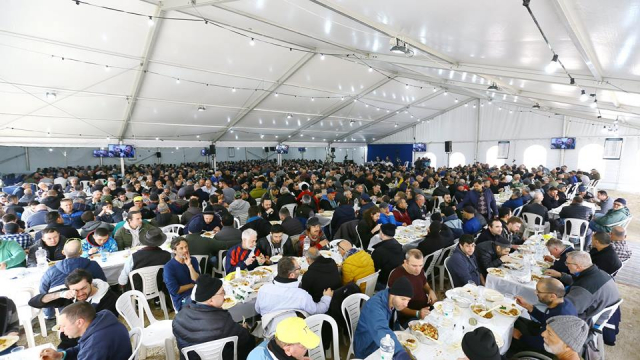 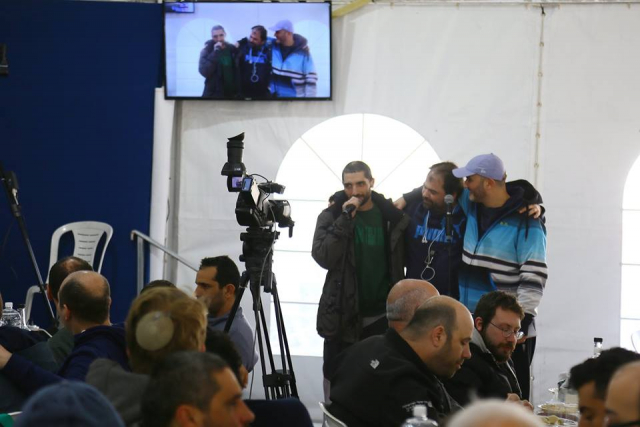 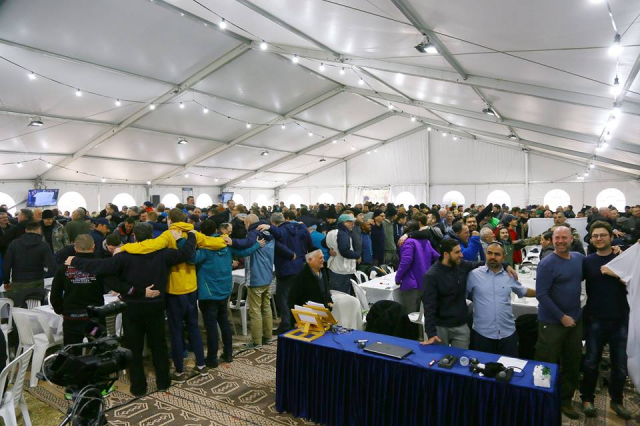 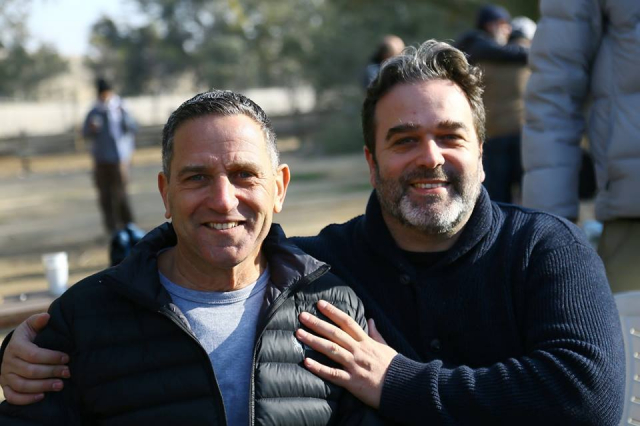 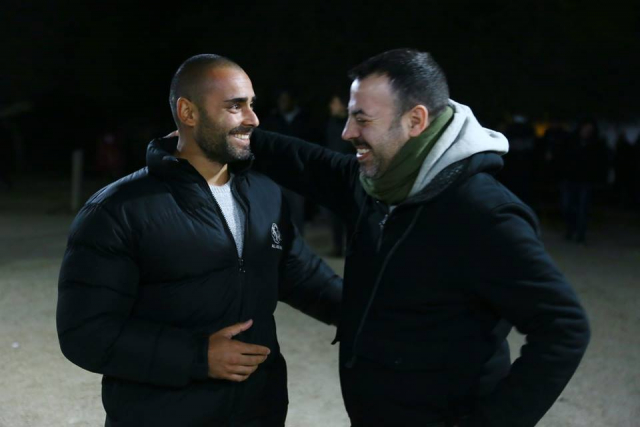 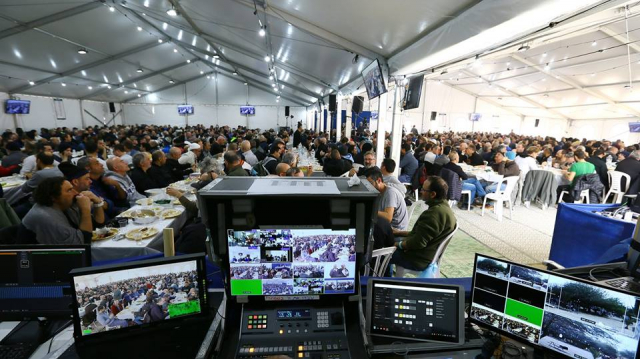 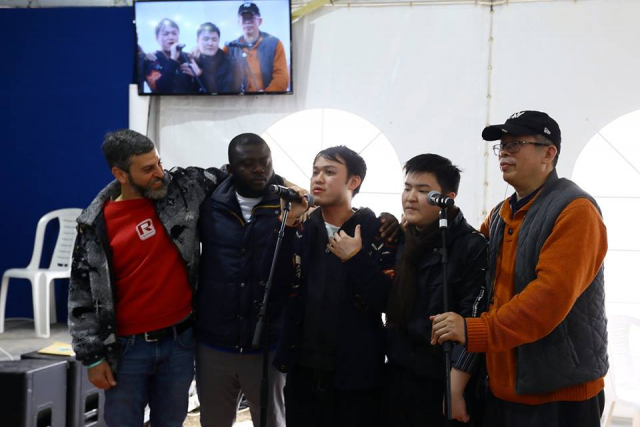 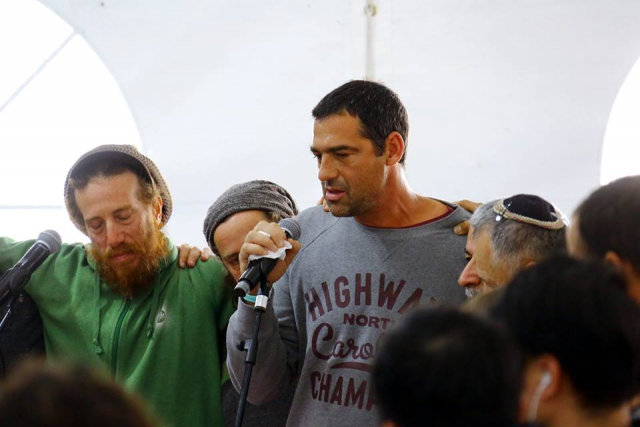 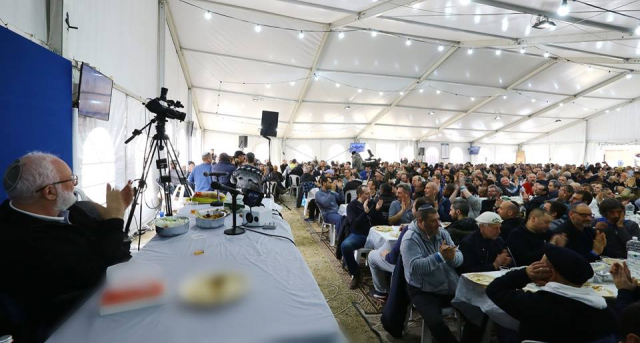 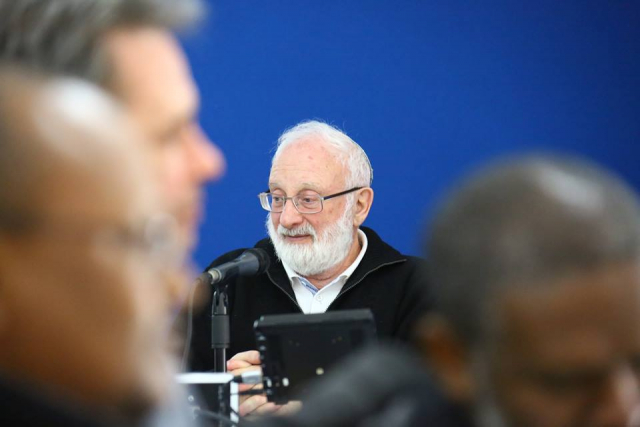 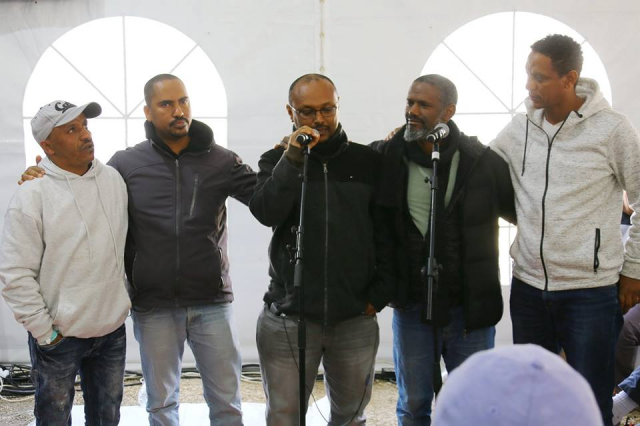 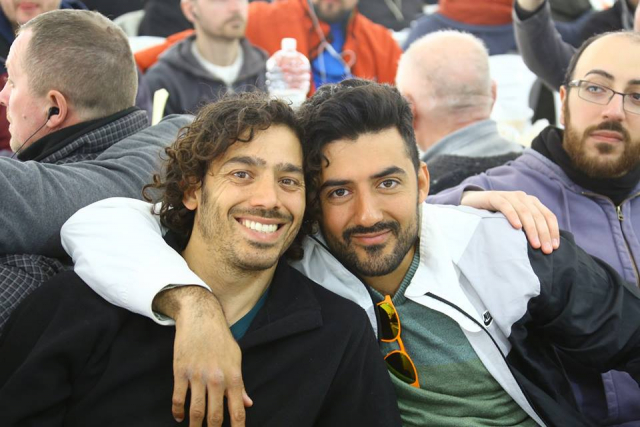 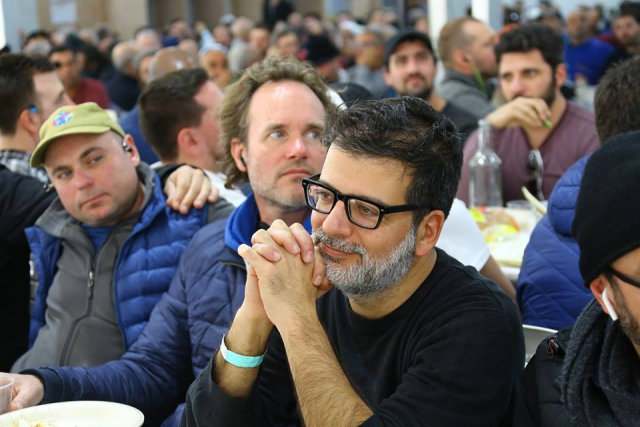 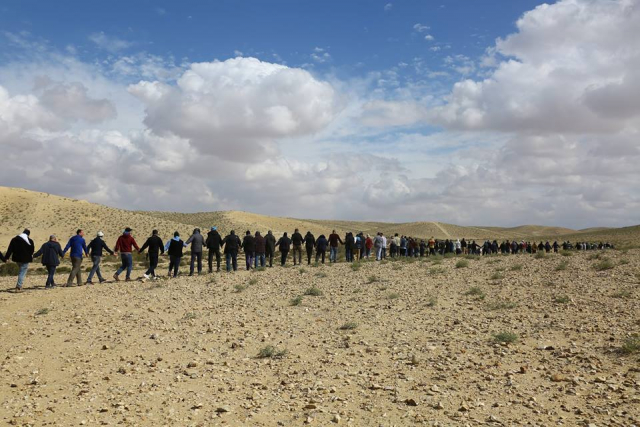 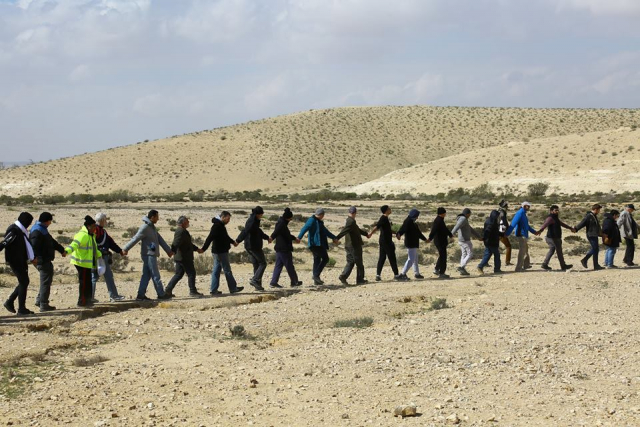 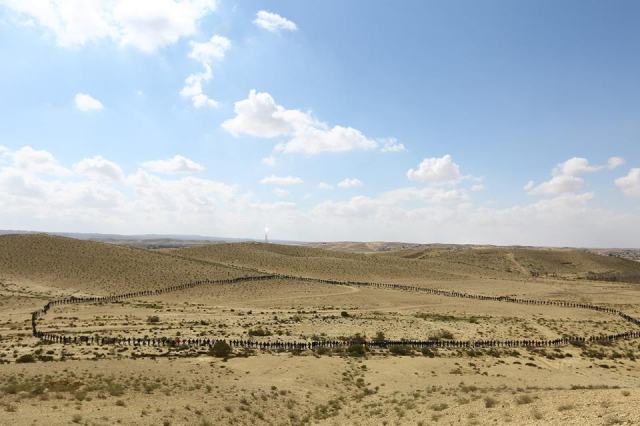 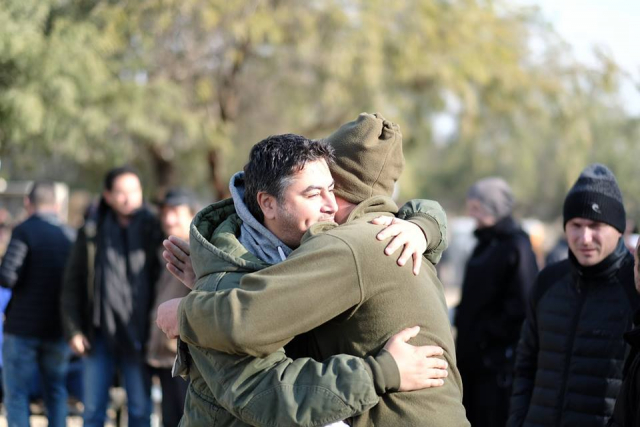 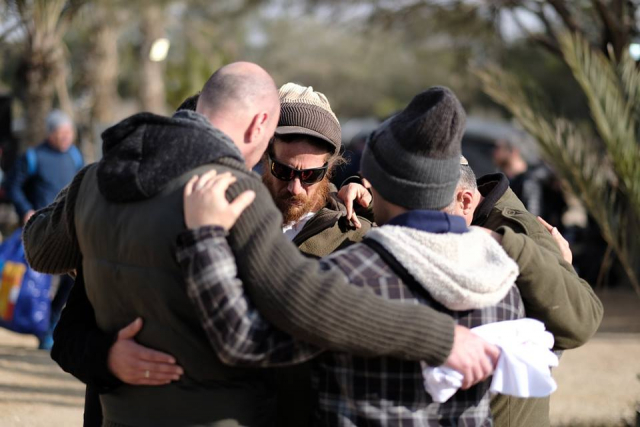 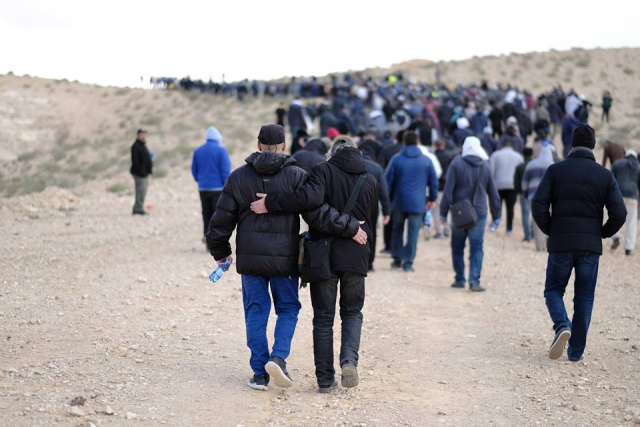 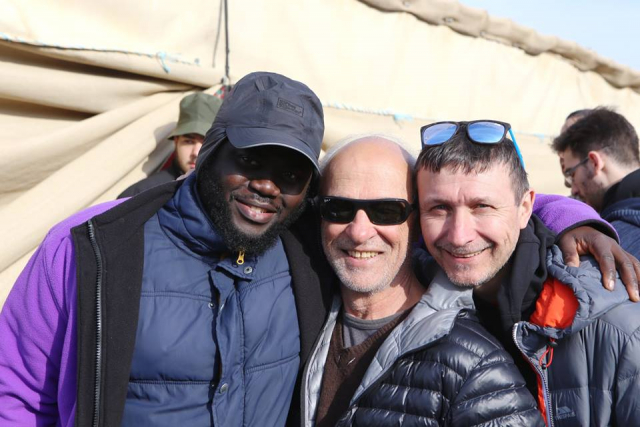 The path to the Creator lies through the love of friends. Love is achieved by “buying” a friend, fulfilling him, until you enter his heart and fill it with your love. And then, in the heart of the friend, you reveal the Creator.

If all are engaged only in fulfilling the desires of others, as in the commandment “Love others as yourself,” then no one will have to worry about himself. And it will be easy to fulfill the commandment of love, for everyone around takes care of each person …
…. and the Creator’s upper light shines on them.

If people with a small power to exit egoism get together, the forces of bestowal are not present; individually, one cannot cancel himself before others. Despite the potential love for the Creator, they can’t have it actualized—unless they focus only on the love of friends …
… and by doing so receive the light as the love for the Creator.

A group wishing to find the Creator must consist of 10 people engaged in the common work for a single connection between them (minyan), as unified as the body parts. This occurs when everyone cancels himself in relation to the group.
Thus, a single organism/”Desire to bestow” is created, the Creator’s equivalent.

The correction of the soul of Adam occurs in the efforts to unite with the friends in the group. In the measure of their rapprochement and unity they unite with Creator—the light. Unity is called “by way of bestowal.” It is against our egoistic nature.
But only through the unity with friends can one achieve adhesion with the Creator.

All souls come from one soul, Adam, its fall into egoism and breaking into 600,000 souls. The eternal, infinite light that fills it divided, and a temporary little light of earthly life shines in each broken part. We need to collect the broken parts, and the Creator will fill them
….with the full eternal light.
From Twitter, 2/17/19

In the News (Bloomberg): “The World’s Richest People Lost $511 Billion in 2018,” “The richest people on Earth lost $511 billion this year after record first-half gains were obliterated by a succession of bruising market selloffs.”

My Comment: The fact is that they must understand whether they have an opportunity to hinder the progress of people. The more you present people with new toys for mutual connection, for their fulfillment, for any information, etc., the more they become picky and selective.

They are no longer interested in Facebook as it is. They simply cannot look at ads. People are so fed up with it that they even cannot be thrust on children.

That is, everything that the rich have made during the past 20 years is starting to work less and less. Despite all their sophistication, it passes. The period of egoistic accumulation will have to rot itself.

Humanity is still developing. Therefore, I see that the time will come, and very quickly, when these dollars they accumulated will have no value and there will no longer be an opportunity to earn money.

I think people will generally strive for greater simplicity. They will want to sit on the grass, drink a little, have a snack, listen to normal music, the chirping of birds, and the laughter of children running around. They will want something very close and pleasant to the heart, and not to bother their heads, brains, soul, and feelings with something very artificial.

Related Material:
The Rich Become Richer, But They Aren’t The Problem
And The Rich Will Weep
Cyber Monday

How Is The Desire To Receive Different From Egoism?

Question: What is the difference between the desire to receive and egoism?

Answer: The desire to receive is a natural desire, and egoism refers to enjoyment at another’s expense. For example, if a hungry lion attacks a sheep and kills it to have breakfast, this is called desire.

A person wants to humiliate others, to profit from them, to gain at their expense. He does not enjoy the process of receiving itself, but the fact that through it, he towers over others. This is egoism.

In other words, there is a natural desire for satiation, for being filled, and there is an egoistic desire. If I want to simply receive pleasure, then it is a basic necessity for my existence. If, however, I desire to receive something specifically at the expense of others, against them, in order to rise higher than them, then this is egoism.
[239851]
From the Kabbalah Lesson in Russian 9/16/18

New Life #145 – The IDF As An Example Of Connection

New Life #145 – The IDF as an Example of Connection
Dr. Michael Laitman in conversation with Oren Levi and Nitzah Mazoz

There is no greater pleasure than human connection. When I perceive strangers within me, I begin to feel a sense of freedom, security, and pleasure. A bit of this new spirit is tasted in the connection between friends in the army. In the army everyone is equal and dependent on each other. There is a spirit of friendship and respect for those who help and concede. The wounded are not abandoned in the field because friends in the army are closer than family. The power and spirit of the Israeli Defense Force is derived from the fact that there is a unique point, a spark of self-sacrifice in every Jew. The modest and the wise have always been respected among the people of Israel. There are no masters or slaves. When there will be enough people in Israeli society who make room in their hearts for others, we will feel like a single family. External conditions will compel Israeli society to connect and reach the peak of human development. It is up to us to build a society with a spirit of friendship and provide an example to all of humanity.
New Life #145 – The IDF as an Example of Connection

Lesson on the Topic “Bnei Baruch as a State of Transition”

Lesson on the Topic “Questions and Answers with Dr. Michael Laitman”