What Is The Difference Between Anti-Semitism And Anti-Israelism?

What’s the difference between anti-Semitism and anti-Israelism? Kabbalist Dr. Michael Laitman explains that there is a difference, even though the basis is the same.

Nature, however, is giving everyone besides Jews a feeling that the Jews have something that they’re not giving the world, and therefore, the world is suffering.

Usually, during the 2,000 years of exile, it was directed at the Jewish people in a more or less revealed way, and nowadays, after the establishment of the Jewish State, the State of Israel, then a part of anti-Semitism has become anti-Israelism, which is against the State itself.

Therefore, anti-Semitism has several faces. There are some who feel more anti-Semitic, and others who feel more anti-Israeli, but both stem from the same root, and undoubtedly, there is something about the Jewish people that they have to give the world. Jews themselves don’t know what it is, besides the Kabbalists among them who bear the method of correction. Therefore, if the Jewish people will reveal this method to humanity, then both anti-Semitism and anti-Israelism will disappear from the world.

Astronomical Parameters And The Jewish Calendar

Question: How are days divided according to the Jewish calendar?

Answer: There are 24 hours in a day, four seasons, and  four Jewish New Years on a shifting schedule. The same schedule exists between day and night: days are longer and nights shorter in the summer, and the reverse during the winter.

According to the Jewish calendar, an hour is not 60 minutes, each of which is 60 seconds, but a conventional unit. This unit is not constant but is time dependent.

According to the usual calendar, it is considered that there are 12 hours from sunset till sunrise and from sunrise till the next sunset is also 12 hours. But by light hours, 20 hours could lapse from sunrise until sunset, and night (darkness) would last only four hours.

In this case, the day hour and the night hour are absolutely different. It is a bit like the sundial, which does not have a uniform dial, but is on a logarithmic scale.

If we could only know exactly how it operates, we would feel this system, a gigantic astronomical machine that surrounds us and thus affects us. We would then start getting closer to its internal parameters: what does it mean more light – less light, warmer – colder? If we would live and work according to such hours, it would have been a completely different life.

On the other hand, how is it possible to exist in these mechanics? Why do we need it? Why should it affect us in this way? If we would restructure and live in accordance with it, how would we feel nature and ourselves? It is interesting! This means that we would start to feel it in accordance with its influence on us. The surrounding world, space, stars, everything would shine differently.
[243038]
From the Kabbalah Lesson in Russian, 12/30/18

Related Material:
Staying In Harmony Between Two Celestial Bodies
The Origins Of Time
A New Year, A New Beginning

Fear Of Harming The Group

Question: In my work with the ten, I feel that I harm the friends. Even when I do this, I have no strength to stop. However, I am terribly upset that I cannot change anything. Is this a prayer? Or should I do something more to reverse this situation and move on to the next state?

Answer: You have to pray and ask for the ten to help you become kind and good. Try to be frank with them, straightforward.

Do the same with the Creator. Do not be afraid to do so, it will help. If you do not do this, then your spiritual development in this life will not work.
[243506]
From the Kabbalah Lesson in Russian 12/9/18

Related Material:
Not To Harm The Group
Do Not Hurt A Friend
Moving Toward A Common Goal 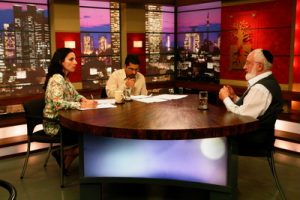 How can the limited love we are familiar with be transformed into real “true” love, eternal love? In true love relationships, the goal is to bring pleasure to each other by learning what the other enjoys and working to benefit and serve the other. Each one enjoys that the other enjoys. The two have to build a third thing between them, a kind of ball full of fear and mutual love, and live together inside it. The fear and the love are the deficiency and the filling that are constantly renewed. This mutually loving attitude brings eternal happiness and endless pleasure.
[131962]
From KabTV’s “New Life #223 – Happiness: Love – The Perfect Pleasure,” 8/15/13

Lesson on the Topic “Preparation for conferences – South and North America”