The Times Of Israel: “A Review Of Anti-Semitism in America After The Unite The Right 2 Rally”

Let’s be realistic. The magnitude of racism and anti-Semitism in America cannot be measured by the low attendance at the recent Unite the Right 2 rally, the one-year commemoration of the violent protests in Charlottesville, Virginia, which had resulted in death and violence. Fewer people may have participated this time around, but statistics show that hatred just got reloaded.

At last year’s rally, hundreds of white nationalists brandished torches chanting “Jews will not replace us,” but it was only the tip of the iceberg. According to the Anti-Defamation League, in 2017 and 2018, there were 3,023 extremist or anti-Semitic incidents across the United States.

If we look beneath the surface we will see that this struggle transcends political affiliation and skin color. At the heart of the sentiment of visceral hate is a very specific target group, Jews. University of Chicago historian, David Nirenberg, says that this phenomenon “should not be understood as some archaic or irrational closet in the vast edifices of Western thought. It was rather one of the basic tools with which that edifice was constructed.”

Hatred of Jews requires no justifications. It lies in the collective subconscious of the nations of the world. As Kabbalist Yehuda Ashlag wrote in his essay “The Writings of the Last Generation”: “It is a fact that Israel is hated by all the nations, whether for religious, racial, capitalist, communist, or for cosmopolitan reasons, etc. It is so because the hatred precedes all reasons, but each merely resolves its loathing according to its own psychology.”

An in-depth analysis of the challenges faced by Jews demands a zoomed-out view of the issue in the context of humanity’s development. The wisdom of Kabbalah explains that the human milestones started in mid-1900s, a turning point for humanity, when it finished its egoistic development and transitioned to an interdependent and interconnected existence.

This new reality manifests at all levels of human activity: economy, technology, trade and communication. In order to further develop harmoniously, a new attitude toward positive human connection is required, one that matches the level of interdependence that we see we’ve reached through such systems.

Gradually, people from all walks of life, races, religions, beliefs and nationalities must acquire the skills to positively integrate into an interdependent society, i.e. to create an atmosphere of support, encouragement and friendship above divisive tendencies. Back in ancient Babylon, during the time of Abraham the Patriarch, the Jewish people were given the method of connection that gives every human being the tools to unite with others, above difference. The Jewish people were the first to receive it and are obliged to pass it on to the world becoming a “light unto the nations.”

This special method of connection is the wisdom of Kabbalah. It teaches us how to rise above our ego, the powerful force that tears us apart. By using its roadmap, we create a positive magnetic field, an altruistic force to balance our egoistic inclination and actions.

Therefore, as soon as Jews create a model of society based on solidarity and mutual understanding, they will rise to the same frequency of connection and love that underlies nature. They will harmonize with the positive force, the supreme power that will then permeate reality.

Thus, broken relations between people, manifested as Nazism, racism, and hatred of all kinds will be transformed into a balanced coexistence for humanity as a whole.
[232091]

The Field Of Life

Question: What does it mean: “He was wandering in the field?”

Answer: The field is the field of life and all the qualities that exist in a person are in it. Joseph is looking for precisely the ones that can aid him to correctly work with his egoism, with his nature, with Malchut, and reach the goal.

A person should constantly hold this image within himself and only slightly correct it and add to it, and by gradually correcting it, he should reach its final appearance.

Question: When does a person come to the state of seeking his brothers for the first time?

Answer: It is a very long way to truly begin to realize in the Light descending upon him that attainment of the Creator happens through one’s annulment to all the others, to the environment: the inanimate, vegetative, animate, and human—to everything.

When a person begins to understand that by annulling himself he reveals the Creator, then this state can be considered an entrance into Egypt. He then increasingly discovers how difficult this is, how much at each degree his egoism is revealed to him, and he must annul himself before it.

Only if he decides to annul himself before all his egoism, does he deserve an exit from Egypt, rise above the egoism, and receive a tool for correct work with it—the Light, the Torah.
[230773]
From KabTV’s “The Last Generation” 2/1/18

Related Material:
“I Seek My Brothers”
A Person That Seeks His Brothers
Searching For The Brothers

Question: How did the language of branches develop? Let’s say that a Kabbalist, upon investigating his egoism, discovered a “snake” in himself. Did he understand that the snake is a branch, while spiritual egoism is the root, and therefore called egoism a snake?

Answer: It is quite possible that the Kabbalist never saw a snake in his life. A person simply becomes aware of the state called a “snake.”

Question: Whenever we reveal the Creator on a particular level, do we also reveal a certain “snake” within us in correspondence to it?

Answer: The Creator has no image because it is just a property. A property can dress in matter, task it with certain actions, express itself through matter, but it has no image of its own.

Let’s say you hear the word “beauty.” You imagine a person, or an animal, or a plant in such a way that there is a property called “beauty” in it. You cannot imagine an abstract beauty; you will always portray it in some object.

Similarly, spiritual properties do not have any material vessels. But in order to depict or somehow convey them, you must express them through these vessels. Kabbalists understood that the spiritual property called a “snake” produces a corresponding property in our world. While they did not study botany, biology, or zoology, they wrote as if they were thoroughly familiar with the nature of different animals.

Remark: The Torah, however, describes all kinds of animals…

My Comment: Even those that are already extinct as well as those that have not developed yet and will only manifest themselves in the future. Everything comes from the attainment of the spiritual world, for every spiritual root must produce its counterpart in our world.
[230862]
From the Kabbalah Lesson in Russian 4/3/18

Related Material:
Who Invented The Language Of Branches
From Branch To Root
From The Root To Its Branch 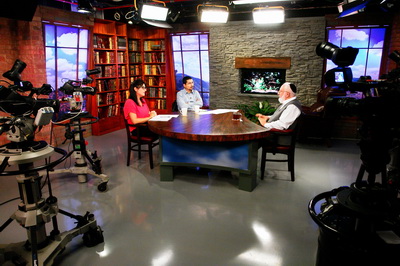 Nature created boundaries between us so that we could learn what “One” actually is. The wisdom of Kabbalah teaches about nature, humanity, and the Creator and explains how to discover Him in the connection between us. Human nature is based on the desire to receive for the self alone. This desire is divided into five parts and in order to connect with all these parts, we must adhere to the principle, “Love covers all transgressions” (Proverbs 10:12). This is how we think about the good of the other, serving him, reaching an inner connection, and becoming one, just like a mother and her baby. Through this type of connection, we are able to go beyond the boundaries that seem to exist between us. We become integrated into all of reality and are filled with love, which is the Creator.
[230106]
From KabTV’s “New Life 1034 – Boundaries In Relationships,” 7/12/18