The stronger our relations with others, the happier we are.

The most important New Year’s resolution is to invest in the only source of true satisfaction, a source that can be found through positive human connection, in our collective unity, where each person is outwardly focused toward building friendships and benefiting society.

If our desire is focused outside ourselves, on giving to others, then we will not feel empty all the time. In such a state of connection, we will be able to achieve a beautiful and complete life, free of suffering. This source of fulfillment is limitless and not only relevant for the new year, but for our entire lives. 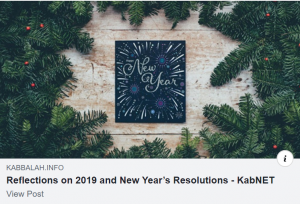 All Must Join The Movement Toward The Creator

The entire universe is like concentric circles, starting with the innermost one in which there are people who have received an awakening toward adhesion with the Creator. They understand that it is necessary to connect with each other because only within the common desire, within our connection, can the Creator be revealed; therefore, everything is built on connection.

First, people with the “point in the heart” come to this connection, people yearning for the revelation of the upper force that manifests in the connection. Then there are many more outer circles, layers. Our group is in the very center; it has received a great gift from above: the desire to come closer to the Creator. It is our responsibility to carry out this action and to bring the other circles closer to Him.

The innermost circle must correct itself by annulling its egoism; the other circles do not need to change their nature. Everything depends on the innermost circle, on its feeling its obligation to fulfill its role, the desire given to it for the purpose of creation. Only it has received such a desire, not the others, and therefore, it is obliged to fulfill its mission.

We cannot make claims against other people, other circles, because each circle acts according to the desire awakened in it. So we are obliged to realize our inner desire to attain the Creator, as well as help the more external circles that do not have such a deficiency and link them with the purpose of the whole creation.

These two movements, one directed inwardly and the other one outwardly, are to be carried out at the two upcoming conventions: the convention in the desert and the big convention in Tel Aviv. These two actions depend on each other because our connection must be built with the aim of bringing all of humanity to connection with the Creator.

Therefore, work on internal connection is only a preparation, a result of which we then go out to connect with the entire world, with all people. We do not seek to infect them with our desire. We simply want to show to every circle in Israel and in the world how we act and to awaken them a little. Each circle will act according to the desire awakening in it.

It does not matter that this desire is aimed indirectly at adhesion with the Creator and to achieving equivalence of form with Him. Nevertheless, the Creator awakens crisis in the world, which is felt differently by each circle. Our task is to explain to all the circles how it is possible to rise above the general global crisis according to the special personal desire awakening in each circle.1

Every person, to some extent, should belong to the general motion toward the Creator, and not only those who are studying the wisdom of Kabbalah according to their inner desire. It is enough that people who have no such inner desire will feel the crisis and realize that it is caused by the lack of connection between us and with the upper force. This awareness is already enough to include them in the overall process.

The inner circle performs this task in intention, the outer circle in action, each one according to its desire. Even those who protest and resist also participate in the overall process by doing so, performing certain work, without which it is impossible to achieve the goal. After all, by their resistance, they help to accurately determine the direction to the target.2
From the 1st part of the Daily Kabbalah Lesson 12/12/19, Writings of Baal HaSulam, “Introduction to The Book of Zohar”

Related Material:
Work In Concentric Circles
Why Were The Worlds Created Before The Soul?
A Ladder To A Summit Filled Abundantly

Without exception, disunity, hatred and sometimes extreme violence among Jews, always precede catastrophes in the history of the Jewish people. Midrash Rabbah (Shemot 1:8) states that Pharaoh, who initially loved the Jews and gave them the best land in Egypt, began to hate them only after they began to part from one another. The Babylonian King Nebuchadnezzar conquered the land of Israel and ruined the First Temple only after Israel sank into internal bloodshed and other inappropriate conduct toward each other. In the final days of the Temple, they hated each other so much that the Talmud (Yoma 9b) writes that they were “stabbing each other with the swords in their tongues.”

Still, nothing compares to the ruin of the Second Temple and the exile of the people of Israel from the land for two millennia. It is a story so filled with internal hatred, torture, murder, and even cannibalism, that the sages simply conclude that the reason for the fall of the Second Temple was unfounded (baseless) hatred. In fact, for every Jew that the Romans killed attempting to conquer Jerusalem, the Jews killed ten of their own people within the city. Jewish-Roman historian Flavius Josephus captured the essence of the events in one sentence in The Wars of the Jews: “The sedition destroyed the city, and the Romans destroyed the sedition.”

If you look at the entirety of Jewish history, you will find that this is the one element that always predates the biggest Jewish cataclysms. This is why especially today, with our growing division and partisanship, it is so important that we rise above our differences and unite, if only to avert the next calamity. 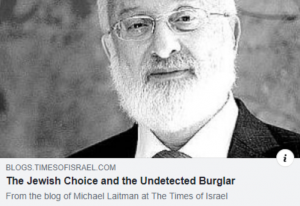 Understanding The Spiritual Root Of The Hanukkah Symbols

Is there a spiritual meaning behind the “Sufganiyah” (the Hanukkah Donut)?

Why Do We Suffer?

Baal HaSulam, “Introduction to the Study of the Ten Sefirot”: 2) Indeed, if we set our hearts to answer but one very famous question, I am certain that all these questions and doubts will vanish from the horizon, and you will look unto their place to find them gone. This indignant question is a question that the whole world asks, namely, “What is the meaning of my life?” In other words, these numbered years of our life that cost us so heavily, and the numerous pains and torments that we suffer for them, to complete them to the fullest, who is it who enjoys them? Or even more precisely, whom do I delight?

Question: The meaning of life is to attain the Creator. If so, why do we suffer so much in our world? Why do we experience so much pain?

Answer: It is because we do not want to attain Him. We balk with all our limbs in order not to get closer to Him. After all, such nearing can cause great suffering.

The Creator is the quality of bestowal and love. We are an egoistic quality of reception, the quality of hatred, rejection of others. Therefore, when we start gradually coming closer to acquiring some of the Creator’s qualities—qualities of bestowal, love, empathy, and so on—we start feeling very bad. We immediately instinctively run back.

Remark: It seems to me that, on the contrary, a person suffers from the lack of reception and not because he is not as bestowing as the Creator is.

My Comment: I am talking not about people who instinctively act in our world, but about the ones who have heard what the wisdom of Kabbalah says and the way we can approach the state where we will be above egoism, which humiliates and limits us all the time.

Question: A person is a will to receive. The Creator causes him suffering by not letting him receive and creates a deficiency in him from which he begins to look for the meaning of life and finds the Creator. Can a person start thinking about the meaning of life when he feels good, is fulfilled, and enjoys himself?

Answer: No, he cannot.

Question: In one of the interviews, they asked you, “Does it mean that Kabbalah is only for losers?” Do normal people who have found themselves and have things to do not need Kabbalah?

After all, suffering is felt on different levels: I can suffer because I am in pain or because I have a low salary.

Question: So, a person does not come to study Kabbalah because of bodily suffering?

Answer: No, he does not. And not because of the lack of means for living. Only because he has no purpose in life. That is, he has everything but that. Even if you take our generation, people today live in ten times better than a hundred or thousand years ago, but humanity feels unhappy.
[254775]
From KabTV’s “Fundamentals of Kabbalah,” 1/14/19

Related Material:
Meaning Of Life, Part 1
Is It Possible To Advance Without Suffering?
How Does One Become Free From Suffering?

Writings of Rabash, “Concerning Above Reason” (1986)