Helicopter #money means that even under a threat of collapse of the global egoistic system, we are ready for anything except the cure for egoism. In such a situation, it is clear that only the spread of Kabbalah will change the #world.

The disease of discord rages in the body of the people of Israel, while healing lies in the opposite condition—in our unity. Healing consists of building relationships based on the great principle: “Love your neighbor as yourself.”
#AntiSemitism #Hanukkah #Israel 🇮🇱

Franz Stangl, the commander of the concentration camps Sobibor and #Treblinka: “I am confident that everything that has happened was Divine providence. It had to be that the Jews needed some incredible compulsion to unite and become a real nation.”
#AntiSemitism #Jewish

#Hanukkah, the festival of lights, is taking place in troubled times in 2019 as #AntiSemitism. Semitism is coming down on the Jews around the world once again. Our existence is a miracle after all the persecution throughout history. The seething anti-Semitism will not stop and hatred of the #Jews will escalate.

The essence of the Jews lies in their mission to the world—to achieve an example of unity over divisiveness. Until we unite, bringing humanity to a positive connection, the nations of the world will hate us. There is no greater national divide than with the Jews.
They are the ones who must become an example of unity to all the nations.
From Twitter, 12/22/19

The Tree Trunk As A Symbol Of Communication

Question: In order to express something higher, we must rise from the branches of our world to the roots of the spiritual world. But the tree must have a trunk. Is there any analogy in Kabbalah to the trunk?

Answer: On the emblem of our organization, the roots are shown on top, the branches are below, and between them is the trunk and a horizontal line, which represents the transition from the upper world to our world, and vice versa. This is what is called “Machsom“—the boundary between the two worlds. 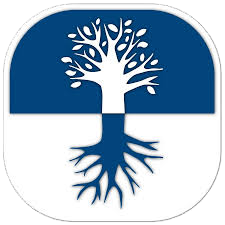 The trunk symbolizes the communication line through which the light descends from top to bottom, and from the bottom up, there is an upsurge of our desires and efforts.
[256263]
From KabTV’s “Fundamentals of Kabbalah,” 10/27/19

Related Material:
Roots And Branches—Causes And Consequences
From Branch To Root
The Tree Of The Universe

Filed under: Language of Branches, Spiritual Work - No Comments →

Temple— a Place of Connection

Question: Why did Kabbalists travel so much? Why were they leaving their cities, wandering for several years, and then returning? What was this giving them?

Answer: There apparently was such a commandment, an instruction that the Kabbalist was obligated to leave his house and wander on the roads, visit other settlements, get acquainted with nature and people, and see the manifestation of the Creator in everything. This would give him energy and expand his consciousness.

Question: In ancient times, were there temples in many cities?

Answer: There were not temples but simply houses of prayer. There was only one Temple. First it was in Samaria, then in Jerusalem on the Temple Mount, depending on what periods considered.

The Temple is a special place where every person can come, both Jews and non-Jews, and convey to the Creator their hopes, wishes, and requests.

Question: Why was it necessary to come to some specific place?

Answer: It is because in it all geographical and spiritual conditions and human aspirations come together into one point.

Question: As Kabbalah says, a person is connected with the Creator by his heart. Does the Creator feel my heart, my desires?

Answer: Naturally, but in addition, there is also a geographical similarity to the upper world.

Question: Does this mean that there is something in the fact that many people were gathering in one place? What were they doing there? They could not just be sacrificing some animals.

Answer: Sacrifice is the reflection of a person’s desire to stop using his egoism, to stop working with his egoistic self. Therefore, he wants to sacrifice it.

As a result, people were bringing salt, bread, meat, fish, and wine to the Temple. All these products correspond to certain types of desire on which a person makes a restriction. People were praying, asking, roasting meat, eating.

Question: Was this somehow connecting them?

Answer: Yes, of course. The Temple is the place of connection. That is of utmost importance.

Question: Does it mean that as a person sacrifices his egoism for the sake of the other, he shows signs of respect and love for him?

Answer: Imagine that there is a special restaurant where you can come, bring your food or money, it doesn’t matter whatever you have, and you participate in a common meal, common singing, common merriment. This is the place that connects all the people. This is how the Temple always worked.

Is speaking a foreign language in Paris dangerous? Apparently it is not, unless the language is Hebrew. That was the recent experience of an Israeli student, victim of a brutal attack at the Paris metro by two unknown perpetrators who left him unconscious after he was heard speaking Hebrew on the phone. The assault was “clearly motivated by the hate of Israel alone,” said Meyer Habib, member of the French National Assembly, the same body that days ago passed a resolution equating anti-Zionism with anti-Semitism.

For a moment it seemed that with such a bill, truth had won, but the ongoing anti-Jewish and anti-Israeli sentiments prove that one cannot rest on laurels. The next step is to secure our lives against the constant threats toward us. A day before the vote, 127 Jewish intellectuals, including Israelis, published an open letter in the Le Monde newspaper against the law equating anti-Zionism with anti-Semitism. The Paris metro attack is symbolic of how their beautiful words failed to help them, but the letter exposes our true nature: the Jew can become his own greatest enemy.

What Is the Line Between Criticism of Israel and Anti-Zionism?

There is no problem with criticism of Israel, but not the venomous criticism which calls for its destruction. Total freedom of expression for anybody calling for peace should be allowed, but not peace through annihilation, certainly not through anti-Semitic messaging of which we have had more than enough.

Jews make up less than one percent of France’s population and yet, nearly 40 percent of the violent acts linked to religion or race were committed against Jews in 2017. Last year, anti-Semitic attacks rose by 75 percent. France’s interior minister has described these manifestations as hostility that is “spreading like poison,” forcing entire families to emigrate.

In earnest, what brings educated people to act illogically? How is it possible that Jews who live either in Israel or abroad identify with organizations that promote delegitimization of their home? How do they envision their future?

BDS (the Boycott, Divestment and Sanctions movement) is already a known phenomenon among international organizations, especially in those acting against the Jewish people and the State of Israel. It includes Jewish and Israeli activists, who are the biggest anti-Semites. Why is it so? The reason is that they try to break free from fulfilling their destined role to be “a light unto the nations” and look for ways to erase or hide their roots. Some even think that if they assimilate, they will lose their inherent Jewishness, but according to the wisdom of Kabbalah, it is impossible. Jews will forever remain Jews. Their Jewish spiritual root is eternal.

As hatred for this uncontrolled, and even unwanted status awakens in the Jew, so does his or her hatred for the essence of the people of Israel. It is an animosity that people in general cannot explain the root of to themselves, but it is strong enough to motivate them to act aggressively against the Jewish people.

Jews vs Jews: The Struggle With the Spiritual Root

Rav Yehuda Ashlag (Baal HaSulam) writes that, “In every person, even secular, there is an unknown spark that demands unification with God. When it sometimes awakens, it awakens one to know God, or deny God, which is one and the same.” (“The Solution”)

Therefore, there are Jews who feel deprived and pressured by anti-Semitism or anti-Israeli sentiments, and in order to escape the hatred toward them, they live in different countries around the world, trying to hide their Jewish identity. Gradually, they themselves become Jew-haters, either consciously or unconsciously. There are others who, instead of leaving Israel, remain in the country, make a living, study, teach, and establish a family, but rejection of their true identity remains in their hearts. Examples of such anti-Semitic Jews living in Israel are the ones who sign public letters of support for anti-Semitic organizations from their offices in academia.

If the people in academia worry about the fate and situation of Israel, they would do better to open the history books and the authentic sources of the Jewish nation, to understand the role of the people of Israel, which is to unite and pass on the method of unification to humanity. However, they lack awareness of their noble role, and the height of their responsibility to the world.

When Jews recognize the importance and urgency to become united above what separates them and spread this unity to the world, anti-Semitism will disappear and all boycotts, demonstrations and accusations against Jews will stop. In its place, there will be a newfound radiance, plenitude and fulfillment that spreads through the Jewish people to the entirety of humanity, inverting anti-Semitic sentiment into its opposite: support, respect and encouragement of the Jewish people.
[257361]

Writings of Baal HaSulam, “Preface to the Wisdom of Kabbalah,” Item 175