Pictures from Day Two Of The 2009 International Kabbalah Congress 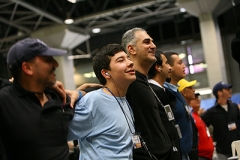 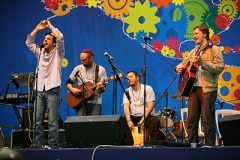 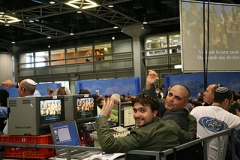 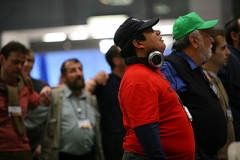 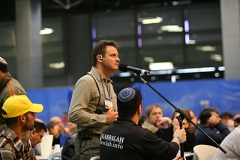 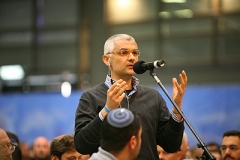 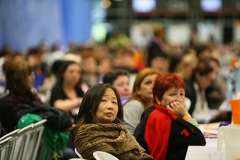 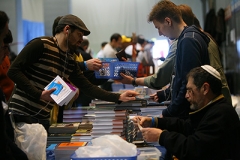 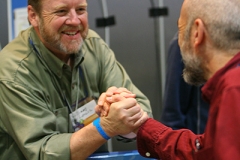 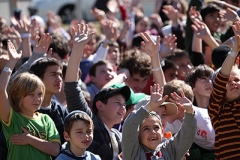 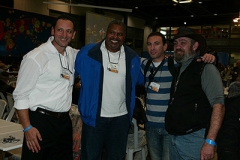 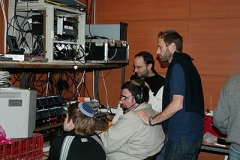 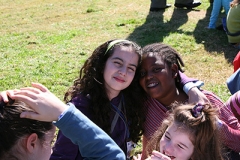 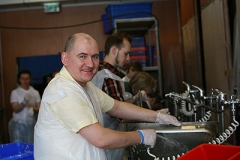 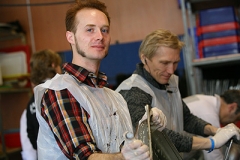 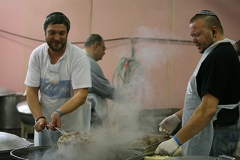 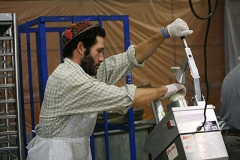 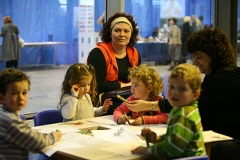 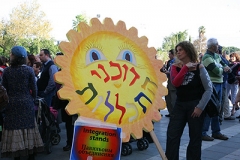 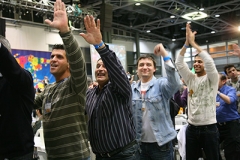 Impressions From The Congress

I received many letters describing people’s impressions of the Congress, and I feel that they have to be shared with everyone:

…To be honest, based on my past experiences I expected to feel down after the Congress, but this time, something different happened. As I was driving to work the next morning, I suddenly understood that the world has changed after the Congress! This wasn’t just a feeling, but an epiphany. Suddenly, I clearly saw what the world will be like and how it will work – inversely, for bestowal rather than reception.

For a long time now I’ve been plagued by the question of how it will all work, because all the industries and society in general are based on reception. But all of a sudden I saw it clearly: I saw the smiles on people’s faces, I saw their drive to make each other feel good. All the people around me behaved just as we did at our Congress: their faces were glowing, the television and radio were broadcasting only good news, and the quality of bestowal was advertised in full swing. Everything around me was effusing Light and was enveloped in a cloud of joy. It feels as though the Congress has changed this world. Everything around us has changed, and all of us have changed as well.

…It wasn’t just a bunch of adults coming together to watch lessons and shake a leg, but there were families, wholesome social units, and every family member supported the others, infinitely multiplying all the goodness. There were three, even four-generation families in attendance. There were even babies, just a few weeks old.

So many different activities were organized for the children: a circus, games, songs, dancing, rooms for rest and nap-time, and separate playrooms for every age. The kids were constantly cared for and protected. For example, during the general songs and dancing, the kids were kept in a safe area where the kids also had space to dance together with their teachers. The older kids sat the younger kids on their shoulders. Everywhere you looked there were men and women on duty, making sure the kids didn’t get lost, burned or hurt in other ways.

…The food was delicious, and there was plenty of it. Between the meals there were many stands everywhere with hot beverages, lemon, and sweets, and all this was available around the clock. Every activity was concluded with songs and dancing that were so energetic, you couldn’t sit still even if you wanted to. There was so much energy and love from early morning till late night that it was impossible to feel tired.

Before and after the Congress people went on excursions to Kabbalistic sites, where people saw sights that take your breath away, enjoyed the beautiful weather and fresh air, and the company of thousands of people dear to them (there were dozens of buses).

My Comment: My wish to everyone is for the world to now start developing by means of the Light and joy instead of suffering!

Economists Are Pessimistic About The Crisis

In the News (translated from NEWSru.com): Economists believe that the worst is yet to come. Professor of Economics at NYU, N. Rubini, said: “My estimation of the losses suffered by American banks is 3.7 trillion dollars. The global recession will turn into a long-term depression, lasting many years, unless we take the proper measures.”

The policy that fixates the currency rate in Russia, Kazakhstan, the Baltic States, Bulgaria, and Romania will encounter a currency crisis. Russia should not have “defended the ruble.”

The Head Economist of the Organization of Economic Cooperation and Development, Klaus Schmidt–Gebel, said, “The fall of GDP in the world will continue into 2009, and even 2010.” The President of the International Institute of Freedom and Democracy, Hernando de Soto, said, “The current crisis is a crisis of trust. We don’t trust anyone in the market.”

Governments that pump the market with additional liquidity or provide tax incentives to the economy, do not take the cause of the crisis into account.

Head of PIMCO, Richard Klarid, said, “In Washington they believe that this is a liquidity crisis, and keep pouring new money into the market. But this is not a liquidity crisis. This is a crisis of inadequacy, and it is much harder to solve.”

My Comment: People are gradually starting to understand that the cause of our problems isn’t the economy, but the trust between people. And as the crisis keeps growing, people will open their eyes and will start treating one another by the laws of “a small village.” At first this will happen artificially, but later it will become natural.

Related Material:
Laitman.com Post: The Present Crisis Is a Crisis of People’s Trust in the Egoistic System of Relationships

In the News (from The Financial Times): “Governments turn to barter deals as credit to secure food dries up” Countries struggling to secure credit have resorted to barter and secretive government-to-government deals to buy food, with some contracts worth hundreds of millions of dollars. In a striking example of how the global financial crisis and high food prices have strained the finances of poor and middle-income nations, countries including Russia, Malaysia, Vietnam and Morocco say they have signed or are discussing inter-government and barter deals to import commodities from rice to vegetable oil.

The revival of these trade practices, used rarely in the past 20 years and usually by nations subject to international embargoes and the old communist bloc, is a result of the countries’ failure to secure trade financing as bank lending has dried up.

My Comment: Now all the countries are becoming like that – outlaws of the global government! Our lack of balance with Nature (the regulator) will affect everything we do. To people’s surprise, anytime a person will start doing something, he’ll find that “nothing’s going right,” that things just “don’t work out” for some reason. Even bartering won’t help: despite every person having something to give to another and something he can receive in return, the barter just won’t go through. Why?

Imagine that you did not comply with one of the laws of physics, or you complied with it, but did so incorrectly. Then, you would find that you always fail at everything you do. This is the state we are in. Indeed, people are acting like children, naively believing that everything will fall into place the way they want it to, rather than by the laws of Nature.