If we looked at humanity like a population of rats, we would agree that in the course of the crisis, it has to undergo quantitative and qualitative changes.
What matters is to aim for unity—this will ensure the best result for the population!

With the new mutation of the #coronavirus, humanity may have to halt transports between countries… until it realizes that nature, through its influence, will force us to be aligned with its integral structure—to attain complete unity.

Unrest in developed countries, the USA and Europe, indicates that humanity has reached the following stage of its development—the need to unite above all the contradictions, FOR THE SAKE OF attaining the upper goal: above the boundary of life-death lies the transition into eternal existence while still in this life…
From Twitter, 12/21/20

“The EU Court Of Justice Spelled It Out For Jews: Leave Europe!” (Times Of Israel)

Michael Laitman, On The Times of Israel: “The EU Court of Justice Spelled It Out for Jews: Leave Europe!”

Last week, the European Union Court of Justice upheld a ban on kosher and hallal slaughter in Belgium, The Jerusalem Post reported. While Brooke Goldstein, who helped with the legal challenge, called it a “shameful ruling,” and warned that “the religious freedom of millions of Europeans has been put in jeopardy,” Israel’s Foreign Ministry seems to have “read the lips” of the EU court more clearly, stating that the decision “signals to Jewish communities that they are not wanted in Europe.”

This would not be the first time that European countries have used kosher slaughter bans as a means to deter Jews from immigrating to them or as a way to push them out. According to The Jerusalem Post, President of the Conference of European Rabbis, Rabbi Pinchas Goldschmidt, said bans on religious slaughter have been an attempt to control a country’s population and can be traced back to the 1800s, when Switzerland attempted to stop Jews fleeing pogroms from entering their country, and can also be traced to Nazi Germany. According to Goldschmidt, “Europe needs to reflect on the type of continent it wants to be.”

In my view, Europe has already reflected on this question and decided that it wants to be Jew-free. Several countries, such as Denmark, Iceland, and Finland, are already mulling a ban on circumcision, and the recent EU Court of Justice ruling on kosher food is certain to encourage other countries to follow in Belgium’s footsteps.

Antisemitism in Europe is deeply rooted. Jews have been beaten, banished, and burned all over the continent for as long as they have lived there. The fact that technology has made life easier has not changed people’s hearts. If we need proof, we need only look to the events of the 1940s, when the most civilized country in Europe, and possibly the world, and the second most technologically advanced (after the United States), resolved to eliminate the Jews.

In my view, within a year or two, many other countries will join Belgium’s decision and will take action to deter Jews from living in them. It will happen all over Europe. Another possible scenario, which is even more radical than bans in specific countries, is that the EU court will resolve to ban Jewish laws all over Europe.

There is a Russian antisemitic joke that every Jew who leaves Moscow gets a “Liberator of Moscow” medal. I think Europeans, too, will be happy to award Jews medals for moving out of their cities and countries. It is not unlike what Hitler did when he sent out 900 Jews from Germany on the luxurious ocean-liner SS St. Louis en route to Cuba and from there to the US, but neither Cuba nor the US would have them so they were forced back to Europe, where many of them perished in the Holocaust.

I truly wish we Jews were smarter. It’s as if our nation is stupefied by complacency, and an opaque cloud of folly comes over us in good times and doesn’t let us see how perilous matters have become. We think that as long as we can do business in Europe, and as long as we have some friends who aren’t Jewish, we’re safe. This is not the case and it is no longer safe. In Europe, the good times are over, and in the US, they’re quickly ending, too.

“Why Do Some People Abuse Children? Is There Some Psychological Reason For This?” (Quora)

Michael Laitman, On Quora: “Why do some people abuse children? Is there some psychological reason for this?“

It is due to the human ego, which is the nature of every person and holds us back from relating to others as to ourselves.

Some people find themselves harming others—whether children, the elderly, or others whom they perceive as able to be their prey—simply because they enjoy such abuse. They feel a great pleasure of control that suddenly fulfills them.

Nothing can get such people out of this need to control. We see how abusive tendencies surface even in well-educated and well-mannered people who might have been philanthropic their entire lives, and all of a sudden, they cannot hold themselves anymore and explode. Usually, it is because they feel that nobody can control them, and so they express their own control.

There will be no end to such upsurges taking place in certain people until the human ego—the desire to benefit at the expense of others—inverts into its opposite form—a desire to positively connect with others above the ego’s harmful drives.

Moreover, we can expect more and more such incidents to occur since the human ego is constantly growing, demanding more and more fulfillment, if we fail to undergo this transformation.

Multiculturalism is necessary at a certain period of human development, but when we further develop, it will drift away.

We need to reach a state where we understand that we need to simply be human beings, as alike as possible, without any special distinctions. There will indeed be a great diversity of people, but we will not relate to this diversity as cultural. We were not born into cultures. They are acquired, and are thus not rigid truths.

Diversity should rather pertain to opportunities for progress in positive connection with others until complete unification is achieved. Our inborn diversity coupled with the similarity that we achieve through the realization of opportunities to positively connect to each other, will give rise to a whole new kind of fulfillment and harmony throughout human society. We will feel as if we all share a common language, and that we are all members of the same nation and family. 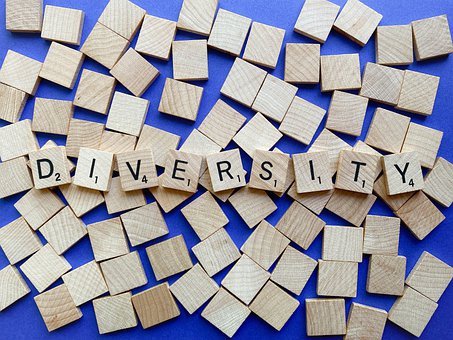 How To Get Rid Of National Prejudices?

Question: People have a tendency to generalize: all black people are criminals, all Jews are rich and greedy, Muslims are terrorists, and so on. What is the root of this phenomenon?

Answer: It is more convenient for a person.

Question: How can we get rid of these prejudices?

Answer: We do not need anything except aspiring for a single root. No arguments on the corporeal level will help us; they will only worsen the situation. This is what all governments and international organizations are doing. They are trying to somehow unite and pacify everyone at the level of our world, but they cannot succeed.

Only rising above our nature into unity and mutual adhesion can help us. Otherwise, we will be involved in even greater arguments, hatred, and rejection.
[275328]
From KabTV’s “Communication Skills” 10/14/20

Related Material:
How Can Nationalism And Racism Be Prevented?
Communication Problems: Xenophobia And Racism
Overcome Prejudice

Question: Do you think that people of different nationalities and races should live in different countries?

Answer: I believe that we should gradually eliminate all differences between us and not feel that we are living in different countries. We exist together.

Question: Since we have not been able to arrange these connections for thousands of years, maybe it really is better to be separate?

In the places where mingling occurs—and it occurs spontaneously—no one really regulates it. We see from many signs how difficult it is for people to coexist with each other. There is only one possibility for us to correctly coexist to gradually annul all the barriers that exist between us.
[275259]
From KabTV’s “Communication Skills” 10/14/20

Related Material:
The Trend Toward Worldwide Communication
There Is No Homeland
Walls And Moats Around The World …

The Highest Harmony Of The Spiritual World

Question: Kabbalistic sources state that if we were to collect the pleasure experienced by all people throughout the entire history of mankind, it would still not be possible to compare it with the feeling of one gram of spiritual pleasure. Is this really so?

Answer: This is how it is. The fact is that nothing can compare with the spiritual world in terms of the strength, depth, and details of perception, the possibilities related to grasping opposing properties and states, as well as finding out how to compare them and connect them with each other.

Only the science of Kabbalah allows us to feel the highest level of harmony that consists of absolutely opposite properties. The revelation of the upper world is built precisely on the comparison of the most extreme opposites that, not only, cannot only be connected in any way, but also cannot even be compared in our world.

Any spiritual phenomenon consists of two opposite states that are not connected at the level of our world and cannot be studied together. It is only within our earthly minds on the material level that they do not have the opportunity to be connected somehow or to affect each other. Qualitatively, these are completely different states. The spiritual world could be characterized as the comparison of incomparable objects and phenomena.

It gives enormous pleasure because one feels harmony above the fact that everything you can imagine, even on the level of our world, is negating and mutually exclusive, whereas in the spiritual world, it is quite the contrary; everything is mutually supportive and creates the highest harmony out of the opposites.

Question: So if in the material world, two opposite states lead a person to a state of despair and one cannot explain why it is happening this way, in spirituality, it is the opposite?

Answer: In the spiritual world, they become even more opposite, critical, and sharply directed against each other. Then, a very new solution appears between them even though the conflict seemed unsolvable at the level of our world.

Related Material:
Taste The Creator
Toward A Higher Spiritual Life
Harmony Is A Balance Of Contradictions

Lesson on the Topic of “I Dwell Among My Own People”