Comment: The synergy effect occurs when people are united into an integral group and as a result the intellectual energy between them increases.

In Kabbalah it is also said that if a person is included in a group of ten people, he receives a power that is not ten times greater but a thousand of times greater.

My Response: Of course, since at the same time he begins to attract the upper energy.

Question: The effect of conformism is quite common in collectives where a person obeys the opinion of the majority. How can this effect be used in integral education courses for people who want to somehow get closer to each other in order to achieve a higher purpose?

Answer: I personally never use this effect. I only explain it to a person so that he can use it himself. I do not impose on him any goals or means to achieve them. I only give him a tool in his hand. If he wants to, I let him develop for himself the importance of the goal and the importance of the environment, and then go forward.

Related Material:
For The Sake Of A Collective Decision
Where To Look For The Right Solution?
The Purpose Of Life – The Core Of All

“Where Is China Running, And Why?” (Linkedin)

My new article on Linkedin “Where Is China Running, and Why?” 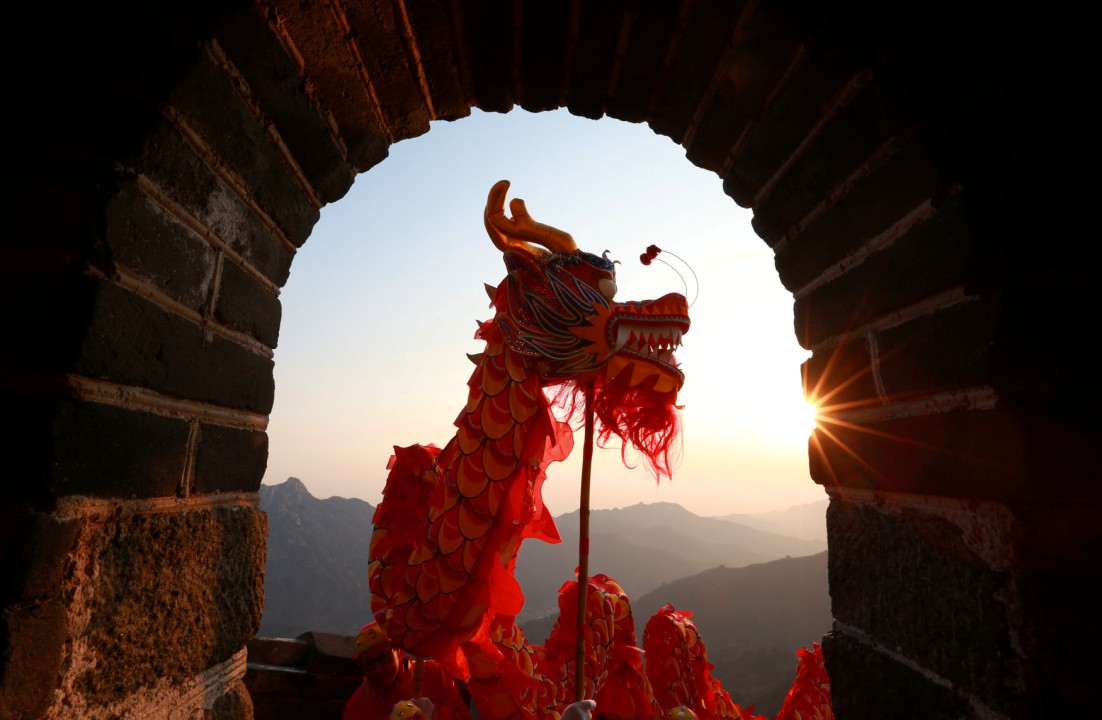 Lately, it seems as though China is running at full speed in every direction simultaneously. In the past few weeks alone, it landed a probe on the moon, manufactured and is ready to ship millions of vaccines, beating Pfizer and Moderna, confronted Australia over control of the South China Sea, and reported that it is building a huge aircraft carrier, the kind that can be a game changer in the global arena. In addition, it is in constant conflict with the US over alleged attempts to intercept information, and Steven Myers and Keith Bradsher of The New York Times report that “China’s leader, Xi Jinping, is pursuing a strategy to make the country’s economy more self-sufficient, while making other places more dependent on it than ever.”

What’s the rush? Why is it suddenly so important for China to take over the world? Well, we could offer various political, social, and economic reasons why China is striving to shift from being a regional power and an economic superpower into being a military superpower with clout in regions far beyond its region. However, there is a simpler and truer reason: It’s China’s time.

Just as every newborn baby grows into a child, and then into an adult, so do countries. China has grown up, and like all grownups, it wants power and wealth. After millennia of isolation, China has emerged in the previous century like a sleeping giant that has just awakened. Now it is wide awake and wants its share, its respect, and its say in the world.

However, unlike other countries that have woken up, I don’t see China as posing an immediate danger. It doesn’t mean that it could not develop into one, but I don’t see an immediate threat coming from China.

Moreover, humanity is currently going through an unprecedented crisis of disintegration of human society and human civilization. It has been developing for years, but Covid-19 has exacerbated and accelerated the crisis to the point that countries cannot keep up with people’s disillusionment with authorities, capitalism, consumerism, the endless competition, soaring depression rates, and general dissatisfaction with life that has pervaded every family. The recent American presidential election is only a demonstration of things to come in many more countries around the world in the very near future.

Therefore, humanity’s most urgent problem is not China, but people’s disconnection from each other. China absorbed the achievements and ailments that humanity has accumulated over eons within just a few decades. If humanity will now restore human connections and rebuild the broken society that the West has become, China will absorb it, too, and will naturally change course from building aircraft carriers to something far less menacing and more embracing.

China has a very good relationship with Israel, and I see it as a great opportunity. Since setting an example of unity is Israel’s primary goal and primary role in the world, if we achieve internal unity, our good relations with the Chinese people will help them follow suit.

Just as currently, numerous countries come to Israel to buy new technologies and implement them in their countries, and recently including even Arab countries, if we develop unity, countries will be even happier to implement it in their countries. In the current trajectory of the world, unity will very soon become the most required commodity.

For this reason, I see China’s astonishing rise as yet another sign that we, Israel, must hurry and unite, so we can be a model of the most required commodity, and so that all the power that is now created in the People’s Republic of China will not go in the wrong direction.
[275029]

In Whom The Creator Is Revealed

Question: It is written in Baal HaSulam’s article “The Last Generation“: “The voice of the people is the voice of the Almighty.” Why is the Creator revealed precisely within the people? What kind of people are we talking about? How does this relate to the wisdom of the crowd, and is it related at all?

Answer: The Creator is revealed in His people, that is, in a group of people who reach or wish to reach a connection with Him by being like Him. His qualities are revealed in people who want to be like Him. And not in others.
[274278]
From KabTV’s “Communication Skills” 9/25/20

Related Material:
“I Dwell Among My People”
“And The Lord Will Scatter You Among The People”
Where Does The Creator Dwell?

Social Media As A Business Model

Question: The main task of social networks is to glue a person to a TV or computer screen in order to sell something to him, although they were originally built to improve communication between people.

Answer: Naturally, everything is determined for me. Nobody asks me. In short, a special body should be created that we can trust and that will manage our education and upbringing. Only this body can declare, expand, reduce, change, and dictate what we should watch and listen to.

Question: And if it is in the hands of governments or private people, then nothing will work?

Answer: Governments do not exist as such. They are managed by all kinds of financial and political tycoons. If it should be in somebody’s hands, then certainly not in the hands of governments.
[274285]
From KabTV’s “Communication Skills” 10/7/20

Filed under: Education, Internet - No Comments →