“Is Basel III A Gold Standard For Human Relations?” (Newsmax)

My article in Newsmax: “Is Basel III a Gold Standard for Human Relations?” 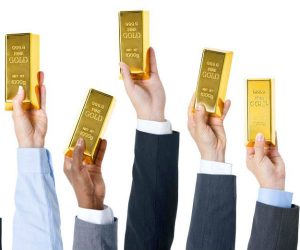 It’s very likely that you are not familiar with the term “Basel III.”

But for those involved in the financial system, Basel III is a phrase that represents the disillusionment that followed the trauma we all experienced in the global economic crisis of 2008.

Basel III is a binding standard determined by the central bank of all central banks, which located in Basel, Switzerland, away from the public eye. Since 2011, banks around the world have implemented the Basel III standard as part of a plan to strengthen their stability against financial crises and challenges.

This month, a new section of Basel III came into effect: the status of the gold that is held in the balance sheets of the banking system has received an upgrade.

Gold is now considered a first-class safe asset and will be worth 100 percent of its market value, as opposed to 50 percent so far. In other words, gold has risen in its financial value at the expense of bonds and securities of various kinds, behind which there is no tangible asset.

Today’s analysts are debating whether the world is once again approaching the “gold standard,” a policy whereby every dollar is pegged to and backed by actual gold that sits in the basement of central banks.

Leading banks have begun to increase their gold inventories, and some argue that the price of gold is expected to rise significantly.

But even after the Basel III gold reform, the economic system will remain egoistic as it used to be. It will continue to reward those who manage to best exploit the other players, and increasingly concentrate power in their hands.

At the same time, the gold reform is an important link in the chain towards changing the socio-economic order: it is the recognition that the economic relationship between people must be anchored in the tangible and limited resources of nature.

The disengagement from the gold standard allowed for the unrestrained thriving of a mostly financial economy, debt-based and high-risk, volatile and prone to frequent crises.

The possibility of reintroducing the gold standard indicates the need to return to sanity; to take the air out of the artificial and inflated economy, and restore stability to the entire system.

In fact, we can look at upgrading the status of gold as a kind of exercise that prepares us for a new and more truthful order.

In the future, Kabbalah explains, the nature of human development will lead us to a reality in which the spirit transcends matter. If today’s world is immersed in materialism where the chase for money has become our “spiritual fulfillment,” in the future we will strive for higher and loftier satisfactions than those that our current money can buy.

Spiritual satisfactions that result from the healthy participation in a more advanced human society whose members feel connected to each other in mutual care.

And what is the future of matter in such a society? It will serve our social and spiritual development, and will be well anchored with two feet on the ground.

The future society will cover all of the individual’s physical and material needs, and the individual will receive supreme spiritual satisfaction through his contribution to society. That will be the true gold standard.

The preeminent Kabbalist of the previous century, Yehuda Ashlag, had elaborated on the conduct of such a society in his “Last Generation” articles.

What Is Pharaoh in Kabbalah?
Podcast Powered by podPress (v8.8)