Extreme Jew-hating and Jew-loving sentiments are prevalent in South Korea, a land where most of the people have never even met a Jewish person. How can this strange paradox be explained? It shows that the phenomenon of anti-Semitism is beyond all logical reasoning. The concealed explanation behind anti-Semitism lies in a deep internal sensation within humanity that Jews hold the key for fulfillment in life, a secret that they are not revealing and are thereby blocking the path to success and happiness for all. This potent secret is the source behind both admiration of Jews and anti-Semitism.

Rampant anti-Semitism in Europe and America is no surprise where, right or wrong, Jewish influence is perceived in basically every field in society. In fact, people significantly overestimate the number of Jews in their respective countries as a corollary to their sense of notorious Jewish power, one of the most commonly-stated reasons for animosity toward Jews. This is true in the case of South Korea with its microscopically small Jewish community and yet wildly rampant anti-Semitism. According to monitoring groups, it is one of the most anti-Semitic places in the world with 53% of its population bearing Jew-hating attitudes.

On the other hand, a fascination among Koreans with delving into Jewish tradition is popular in schools and homes. As evidence, the Korean government announced recently that a Korean translation of the Mishnah, the Oral Torah, will be ready next year for everyone’s access. In addition, Talmud study methods have already been adopted as part of their educational training, a phenomenon rarely seen to such an extent in other countries.

An ongoing quest to identify Jewish techniques to achieve fulfillment and prosperity in life is particularly prominent in South Korea due to their profound social problems. Despite its economic progress, South Korea is one of the most unhappy countries in Asia and is ranked among the most unsatisfied nations worldwide, according to recent surveys. Koreans feel there is something they need to learn and implement from the Jews to flip their current situation. They are trying to unlock what they consider to be the secret power of the Jewish people to thrive and survive.

The wisdom of Kabbalah explains that anti-Semitism is imprinted within the nations of the world. Anti-Semites in Korea accurately detect a “negative dependence” on the Jews. They instinctively feel that Jews are somehow responsible for evil in the world. This impression, however, is not unique to Koreans. It lies in the heart of every person to a greater or lesser extent.

What is the reason for the so-called “negative dependence” on Jews, the instinctive feeling that Jews are behind the evil in the world?

It comes from the network that connects all of us together in a single system, where each lives as an indispensable integral part and each has a crucial role to play. The role of Jews in this system is to exemplify a method for creating positive relationships between people. The keys to this ancient method of connection are found in the authentic wisdom of Kabbalah, and Jews have the duty to pass it on to humanity.

As long as Jews deny the world this important knowledge, people suffer. And as long as this distress continues, humankind will continue subconsciously sensing the source of their deprivation in the Jews.

Unfortunately, most Jews are unaware of their inherent power, of the potent program in their cultural possession that can correct imbalances at all levels, and they too suffer from anti-Semitism without understanding why. It must be made crystal clear that the moment the Jews spread their method of connection to all nations, peace, security, and happiness will be achievable by all, suffering will end, and anti-Semitism will vanish from Korea and all the peoples of the world.

The US: Emerging Nazism And Anti-Semitism

“If I see that the rising anti-Semitism in the U.S. is correcting the Jews of America, that they begin to move from the Democratic side to the Republican side, then we truly have hope to get through all these states in a relatively positive manner. And I truly hope that will happen – that they realize they are in a very negative and threatening state.

If they don’t get this and remain on the Democratic side – I don’t see a good future. I think they will suffer greatly, as massive Nazi parties will emerge in the U.S. and they will reach places of power, along with Islamic fundamentalists, and they will turn the U.S. against Israel, and then there won’t be any country left in the world that will support us.” 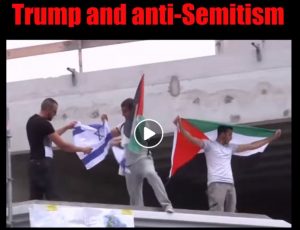 How Long Is Left Until The End Of Correction?

Question: If there is no time in spirituality, what is the direct path? Is it shorter?

Answer: There is no time in spirituality. It has nothing to do with our world. There are 6,000 years until the end of the correction. It is now year 5779. So 221 years remain to the final correction.

However, we can achieve it sooner. In general, whatever the science of Kabbalah predicted happened precisely by the clock. After the final correction, the whole world will rise to the level of the upper world.
[241261]
From the Kabbalah Lesson in Russian, 12/2/18

The Minimal Time To Reveal The Upper Light

Question: Have you ever seen a ten in our world that reached the light of Hassadim?

Answer: I haven’t. Close to it, yes. Not a ten, but a smaller number of people.

Question: How long did it take them to reach that state?

Answer: It doesn’t matter because it depends on many variables. Such revelation can happen with five to six people in a couple of years, or might take a decade for a ten. But I don’t believe that it can happen sooner than in three to five years. This is the minimal time.
[243005]
From the Daily Kabbalah lesson in Russian, 11/25/18

Related Material:
How Many Years Does It Take To Become A Kabbalist?
Can Anyone Study Kabbalah?
Come And Learn!

Question: You have said that we should change. Should I read a Kabbalah book in order to change, and having changed, should I read it again but on a different level, and so on, up to the last level?

Answer: Yes, that is right. You are correct.

Question: If we are talking about building spiritual relationships, what are the points of an effective request that I, the emotional element, can make to the source of all of my states, to the Creator?

Answer: Asking the Creator correctly is a big problem. The Creator listens to all of our petitions, but only answers a correct request. It is difficult to achieve.

Question: How does one relate to envy?

Answer: A person is always envious. If I attend a sewing course, aren’t I envious of those who already sew well?

Question: Suppose I just thought of something and it happens. Is this an altruistic desire that has been realized correctly?

Answer: I cannot answer your question because I am not experiencing your situation. We do not speak of personal states.

Question: When we begin to learn the wisdom of Kabbalah, how can we be sure that we are doing everything correctly, in the best way?

Answer: Follow the right teacher. There is no other way.

Question: What does it mean to turn to the Creator through the group?

Answer: To do this, you must attend the lessons and participate in conventions. Turning through the group is our principal work, our main task. To understand how this is done takes a long time, a long period in life.
[241176]
From the Kabbalah Lesson in Russian 11/11/18

As the world is becoming integral and connected, how will we create parental authority and how will we teach our children to manage it in their lives? Parents have authority if their children see them as wise and knowledgeable regarding how to navigate today’s connected, integral world. The integral approach to educating children doesn’t preach morality but brings children to self-awareness by providing them with a positive example. Parents need to show that they are like children themselves in relation to society, nature, the world, and the higher power.
[120648]
From KabTV’s “New Life #207 – Parental Authority,” 7/2/13

Writings of Baal HaSulam, “Preface to the Wisdom of Kabbalah,” Items 1 – 56