Questions and Answers to Posts in This Blog

Two questions I received on my post When Will People Recognize Kabbalah as a Science:

Question #1: Dear Rav Laitman, I made a search of your posts, and found no reference to chaos theory and fractal geometry. In my Kabbalah classes, here in Colorado Springs, and in my reading, Kabbalah and fractals are essentially synonomous. Such terms as “resemblance,” “similarity,” and “equivalence of form” are all applicable to fractals. I am wondering if you have considered this science, discovered by Benoit Mandelbrot in the 1970s, as a model and vehicle to explain Kabbalah?

My Answer: When I started studying Kabbalah in 1979, I ceased my serious scientific studies. Instead, I worked to provide for my family, and I gave everything else exclusively to my Kabbalah studies. My knowledge of other sciences is limited only to the extent necessary for clarifying Kabbalistic principles. If the science is genuine, i.e. if it’s based on practice and experiments, then it is always and in all ways similar to the science of Kabbalah.

Question #2: Do you think increasing availability of information instantly over the Internet and the advent of mobile devices such as the iPhone will increase interest in Kabbalah, and how do you perceive the future of human technology as a vehicle for attainment of the Upper Light?

My Answer: Everything in our world, technology included, is developing for only one purpose: to help humanity correct itself in the most optimal way, either through positive or negative influence, and come to equivalence of form with the Creator. Equivalence of form with the Creator is the purpose of creation. The very existence of our world, and everything developing in it, is only for this one purpose! For instance, thanks to the Internet, we can now study Kabbalah together from every distant corner of the planet, as if we are right next to each other.

A question I received on my post Hyperactive Children – the Result of Evolving Egoism: You talk about ‘Hyperactive’ children and mention the use of Ritalin. I would be interested to know your thoughts on severe ADHD and whether you have seen the actions of such a child without medication? The reason I ask, is that 3 members of my family have been diagnosed with ADHD, but one has it severely. I know there is no right answer here and each person is different to the next. With Ritalin, he can be a very loving and caring person, but without it, he can be suicidal and has come close several times to being sectioned.

My Answer: You’re speaking of an illness, and not the typical hyperactivity that stems from an increased egoism of the new generation, which contains sparks of spirituality, attracting them to discover the Upper World, and as such not letting them be at peace in this world. In your case, the children need proper medical care!

News Stories:
* Food Prices Rising Across the World – Food Crisis Looming
* Bats Perish, and No One Knows Why
* Chinook Salmon Vanish Without a Trace

Apparently, we should get used to these headlines, as we’ll be seeing more and more of them, coming from all directions. Only then we will understand that there are no direct methods that can stop or even delay this downfall.

The only thing we need to do is balance ourselves with nature. Some say that we need to restore this balance; however the problem is that it had never existed in the first place. While our egoism was still small, this lack of balance wasn’t that dangerous. And even if we wanted to, we could never compensate for it, as we didn’t have any means to do so. END_OF_DOCUMENT_TOKEN_TO_BE_REPLACED

Can Identifying the Chemical Pathways and Brain Structures that Generate Religious Experiences Lead Us to Spirituality?

A letter I received:

Sony is building a new technology called, transcranial magnetic stimulation (TMS), which sends a magnetic wave of activity through the brain. Depending on the wave’s frequency, it can either accelerate or suppress processes in the areas it sweeps over. These magnetic waves can generate all kinds of sensations, but the most intriguing one is the religious experience. Tested subjects claim that they met God.

Can Kabbalah ensure us that we will not experience fake sensations of the Creator?

My Answer: It’s impossible. Anything we can do to ourselves can only suppress or arouse sensations within the limits of our egoistic nature. Moreover, anything that is higher or spiritual (the Creator), exists in the qualities of absolute love and bestowal. Therefore, only by attracting the influence from Above – the Upper Light – can we correct our egoism, and turn it into altruism. And furthermore, only to the extent of such a correction within ourselves will we be able to perceive the Upper World, the Creator.

VIDEO: What Is Light in Kabbalah?: Play Now | Download

A letter I received: Dear Michael Laitman, I’ve been studying Kabbalah for about five years, and I’ve become more and more concerned about the fact that I no longer find anything new in the text. I’m wondering whether I need to deepen my understanding of the text. In my heart, I try to constantly pray to get closer to spirituality. I’ve also begun translating The Talmud using the dictionary from the book, The Science of Kabbalah. As I understand it, I’ve strayed from the path. What should I do? Should I apply more effort in my studies?

My Answer: I advise you to start studying regularly with us in our virtual lessons, connected with the virtual group. This will allow you to acquire greater thoughts and desires from uniting with others, and out of such a unity, you will create a vessel. This vessel will be within you. And you’ll start feeling fulfilled in this vessel through understanding the Thought of Creation. END_OF_DOCUMENT_TOKEN_TO_BE_REPLACED

The image on the right is a page from a Latin translation of The Zohar, ascribed to Isaac Newton.

A Latin translation of The Book of Zohar (Kabbalah Denudata), was found in Newton’s library, and is currently kept at the Trinity College in Cambridge. Isaac Newton based his scientific research on philosophical principles. In particular, Newton wrote: “In my books I laid down the principles of philosophy that are not purely philosophical, but also mathematical, which can serve as the basis for discussing physical matters. So that they don’t seem fruitless, I accompanied them with some physical explanations” (Newton I., Mathematical Principles of Natural Philosophy, 1686, V. 3, “The System of the World,” p. 501).

* 5 Things You Should Know About The Zohar
* Download The Zohar

Now Is the Time for Freedom!

I have received many letters expressing concern about the future…

Our perception of the world depends on our understanding of what’s going on here. If we would understand the Creator’s plan, we will discover happiness, safety and perfection.

Prior to the 21st century, humanity didn’t have any free will! We had no free will in our development as it was automatically driven by our constantly growing egoistic motivation – until it had reached its peak.

Today, our free will is becoming apparent as we have the opportunity to rise above our egoistic nature and no longer depend on it. By realizing this opportunity properly, we will directly – with the least amount of suffering – exit our present nature. Then, we will enter another dimension of the universe, where we will experience a different sensation of life – one that is eternal and perfect.

Our egoistic nature imprisons us; it attempts to absorb everything into itself, and thus remains empty and ultimately dies. And even if we don’t choose the path of conscious transition to the altruistic dimension, nature’s plan will be carried out anyway – just as it has been up to this point – only by the harsh influence of its strict laws.

We are the only intelligent creatures in the universe. Everything was created for us, because only we have the ability to enter the higher dimension. This task is serious and its goal is marvelous. Currently, humanity is in a state that induces a search, which is good, and that is why I’m not afraid, but full of hope.

A Turkish translation of one of my books, From Chaos To Harmony, has been published: 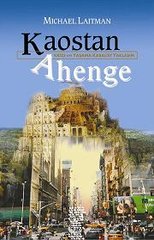 Our friend Musa Gul from the Bnei Baruch Turkey group sends his congratulations and raises a L’chaim! to this event. 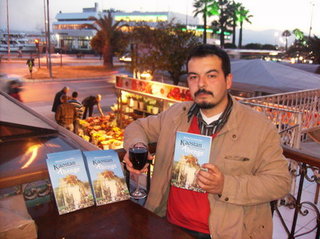 * Download PDF eBook of the English “From Chaos to Harmony”

A recent study shows that more than 1 in 100 American adults are behind bars – the highest incarceration rate in the world. Prison-related expenses are six times greater than those relating to the maintenance of universities.

My Response: It looks like there’s only one way out – to change social norms so as to reduce the amount of prisoners. If we can’t make such a correction, then we’ll have to pretend as if everything is okay. However, the evolution of egoism will eventually force us to adjust our civil and criminal codes, and every other code we have as well.

Is there a Higher Court for this?

As forces. All in all, there is nothing in the universe but forces. These forces make us depict all kinds of shapes and images within us, like on a TV or a computer screen. Everything we see in our world is the product of how these forces are displayed within us.

In the spiritual world there are no images whatsoever, but only forces and properties. Therefore, there’s nothing out there beyond the things that we clearly see. Names such as angels, devils, demons and so forth are used to indicate forces. For instance, you can call the force of gravity – the angel of gravity.

An article in this month’s Current Biology magazine has Justin Marshall from the University of Queensland, Australia, describing how stomatopod crustaceans can see circularly polarized light. While the human eye has three types of “color” photoreceptors, they have twelve types of visual receptor cells. A human being perceives light as color (the length of the wave) and brightness. Then there are bees, which perceive linearly polarized light, and as such, see things that we cannot. Moreover, the stomatopod crustaceans perceive circularly polarized light, and see other things altogether.

This is a good example of how limited we are in our perception of the world around us. We cannot perceive a characteristic like polarization, and we don’t know what else is around us that we cannot see. Such an example is one of many that supports what The Book of Zohar says: that there is a World of Infinity around us, and we only perceive as much of it as our sensory organs allow us to.


Filed under: Perception - No Comments →