When Will People Recognize Kabbalah as a Science?

Question for ML: Do you really think that eventually people will regard Kabbalah as a science and seriously consider the possibility of moving from an egoistic society to social equality?

My Answer: Do you remember The Little Prince by Antoine de Saint Exupéry, when the astronomer announced his wonderful discovery at the International Convention of Astronomers? No one believed him, and only because he was dressed in Turkish clothes. (If Kabbalah wasn’t being mistakenly associated with mysticism, religion, and especially Judaism, then perhaps people would hear what it has to say.) A year later, the astronomer announced the same discovery once again, only that this time he was dressed in the latest fashion, and everyone agreed with him! 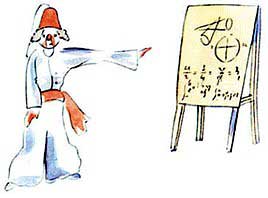 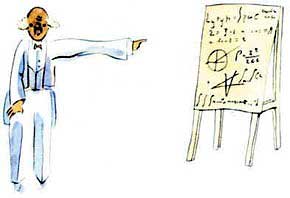 Oh, these grownups are so weird!

A NEW strain of a major fungal disease in wheat is wiping out crops across Africa and Asia, sparking fears that manufacturers will be forced to pay even more for the vital commodity.

Scientists are currently battling against the Ug99 strain of stem rust, which first originated in East Africa.

Bakery firms across the globe are already suffering because of the rocketing cost of wheat, blamed on a variety of reasons including increased demand from emerging markets and biofuels.

In the past, stem rust was generally controlled in the region by using wheat specifically cultivated to be resistant to the disease; however, the new strain is “particularly vigilant,” scientist Lesley Boyd told British reporters.

My Response: The Book of Zohar states that if we, in our era, do not correct ourselves, if we don’t try to become all-giving and all-loving like Nature, then Nature will make us become like it against our will. Nature will affect us through our negative connection with it, bringing upon us hunger, natural disasters, wars, epidemics, and so on.
But Nature (or, the Creator) doesn’t want us to suffer; it doesn’t affect us with the aim of makng us suffer. On the contrary, we get such treatment as a result of our failure to take our evolution into our own hands. For instance, what we would forgive in a child is not necessarily the same as what we would forgive in a grownup. Today, we are mature enough to feel our opposition to Nature (the Creator), and this is so that we can achieve balance with it (called “similarity with the Creator”). However, our aim determines everything. The moment we make a turn toward correction (similarity with the Creator), everything will change. We would be to Nature as a child who wants to show her parents how much she wants to be good. Now you should be able to see the importance of spreading Kabbalah throughout the world.

Question for ML: What’s the connection between Kabbalah and Gematria? For instance, the Creator and Nature have the same numerical value in Gematria. What is Gematria and how does it prove anything? My Answer: It’s not a number game, as some people think. Kabbalists use Gematria to designate properties, forces and degrees that the soul goes through. There’s nothing hidden in it, and Kabbalists use it for no other purposes. Gematria is simply terms, or designations, indicating relationships between forces and phenomena in the Upper World, and its writer is a person who discovers and observes such relationships. “The Creator” and “Nature” are terms designating the all-encompassing general force.