As much as I am connected to the friends and feel that through them I receive the Creator’s influence, as much as I turn to Him with an increasing prayer for the friends, this determines my Kli for revealing the Creator and the possibility of permanent connection with Him.

If one wishes to be connected to the Creator without any personal benefit, regardless of his pleasant or unpleasant sensations, then he wishes to shift to the state of “Lishma.” In this state he raises the Creator’s greatness so much that he stops thinking of himself completely.

We must guard the covenant in order to strengthen unity.
We should rejoice at the breakage that is being revealed, thank the Creator for revealing so many troubles and problems to us on the path because that is how He shows us His love, promoting us toward Him with the help of the challenges.

We must strive to strengthen unity. Hence we should rejoice at the breakage that is being revealed, thank the Creator for revealing so many troubles and problems to us on the path because that is how He shows us His love, promoting us toward Him with the help of the challenges.

-If I unite with the friends until I completely dissolve in them, won’t I lose myself?
-We have nothing to lose! Right now we have no individuality. Spiritual individuality depends on uniting with the group—there I will find my soul, which will be unique, genuine and timeless.

A unique women’s magazine is out.
The first issue talks about real women who care about:
-their families and friends
-a good future for us, Israelis, with all our differences and disagreements 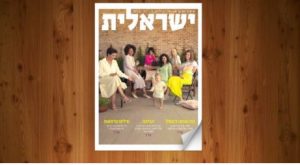 A White Spot In The White Light

The cascading of the worlds from the top down to the shattering, to this world, happens only due to the upper one without any participation of the created being. The degrees of diminishing of the light and all kinds of forms of the will to receive are designed in order to separate the desire from the light and make it free.

So far, this works like an electrical system that does not have any free choice and even a shadow of a doubt. The created being does not do calculations in darkness and uncertainty, but it acts according to the distinct, calculated-from-above plan called the “cause and effect order of descent of the worlds from above downward.” There is no created being here yet but the work of formulas of interaction between the light and the desire.

Working with this additional will to receive that came from the Light, the created being feels its oppositeness to the Creator, feels as a created being and not just a system of lights and desires, pluses and minuses. Therefore, it is possible to talk about the created being only after the sin of the Tree of Knowledge in which the root of the creation is formed. We still have a long way to go.1

The reason for the first restriction is that the Creator, by affecting the desire with the upper light, gives it an urge to restrict itself and stop receiving. This decision is born within the desire itself, which understands that it is more worthwhile to restrict itself and not to receive than to receive and feel shame. After that, the desire remains empty and makes decisions about the next actions, discovering that it is possible to receive for the sake of bestowal.

But all these are still desires inside the will to receive due to the influence of the light. There is still no free choice here—it is a mechanical calculation of the correlation of two forces. So far, there is nothing alive in this system that could make its own decisions, want, feel, and experience. It works automatically, like the internal physical and chemical processes in our body.

The decision is not made out of darkness, out of the shattering, and not out of uncertainty; that is, there is no condition for free choice of the created being. The light strikes upon it and obligates it to become a bestower, as the saying goes, “the situation obliges.” The light is acting here and there is no created being yet. The created being is the one who is, on one hand, disconnected from the Emanator, and, on the other hand, wants to resemble Him.2

So far, the created being does not have any doubts about what it should do. All the systems, except for the human, work according to simple mechanical formulas. They just seem complicated to us when we enter this work because we do not have enough inner qualities to resemble the upper force. Yet in fact, all these actions are clearly predetermined and do not imply any doubts and freewill.

The created being is primarily the one who has doubts. Many actions are required in order to create a person of this world who constantly suffers from doubts and uncertainty. He does not know where to go and must search for the means to stand against his egoistic desires and doubts.

A person establishes an empty area, for himself,  a white spot, and takes care of its preservation. After all, if this empty area (the middle third of Tifferet) does not exist, then there will be no human. A human is the one who acts in states of uncertainty. He understands which forces operate from the right side and the left, but he must perform the connection of the left and the right line, which will not reduce his freewill and through which he will become similar to the Creator.

The main thing for the created being is to maintain his freedom because this is his main asset. If he loses his freedom, he immediately falls to the degree of a beast and he seemingly ceases to exist.3
From the 1st part of the Daily Kabbalah Lesson 6/13/19, Writings of Baal HaSulam, “Preface to the Wisdom of Kabbalah,” Items 22 – 29
1 Minute 14:35
2 Minute 18:33
3 Minute 24:00

Related Material:
Why Were The Worlds Created Before The Soul?
Five Worlds Between The Creator And Us
The Worlds Are Within Us

Correct The Perception Of Reality

Remark: In The Book of Zohar it says that all the worlds, both, upper and lower and everything that exists in them, are created only for the sake of man, and everything lives and develops because of man. This was written 2,000 years ago.

My Comment: Everything is only for one person because nothing was created but Adam. Adam is the general system that we all are parts of.

The worlds are what we see in our still imperfect perception of reality because we reveal it in portions to the extent of our similarity with the highest governance, with the highest quality of bestowal. The upper worlds are our future states and the lower, the past ones.

Question: Is there a connection between desire and perception? In the Babylonian Talmud, written in the 3rd century AD, it says “everyone judges according to his flaw.” How can this be explained?

Answer: This means that we perceive reality not as it really is, but according to our vessel of perception, how corrected it is and how much it is uncorrected, so we partially feel the true reality and partly the false one. It is like when I put on my glasses, I see much better, but it is still not perfect vision.

Thus, if you see negative phenomena in the world, it is only because of your still-corrupted vessel of perception. There are people who see the opposite: what you see as negative, they see as positive.

Question: Does it mean that at a certain stage of evolutionary development it will be possible to reach a level where we look at the world and we will be able to say: “Everything in the world is perfect, there is nothing negative in it?”

Answer: In fact, yes. Everything depends only on our vessel of perception. If we correct it to a state of similarity to the light and love, then there will be no limit to our attainment, no feeling of corruption, or defects.
[246907]
From KabTVs “Fundamentals of Kabbalah”, 11/26/18

Related Material:
Everything Is Contained Within A Person
The World Is A Person’s Inner State
By Changing Ourselves, We Change Our World 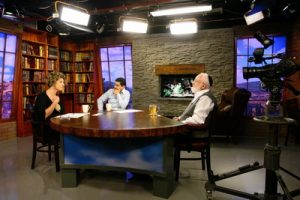 Nothing is hidden in nature: everything that we discover in nature depends on the perceptive capacity of humanity. Human perception is limited within a person’s five senses which are based on the desire to receive. As we develop, a desire is awakened within a person to discover what is beyond these senses. The characteristic of bestowal is required for this stage of human development, meaning an intention to benefit others instead of ourselves. Evolution is advancing us toward building five new, spiritual senses with which we will absorb the eternity of nature and live simple, beautiful lives for the benefit of all.
[243352]
From KabTV’s “New Life 1096 – The Secrets Of Nature,” 3/19/19

Lesson on the Topic “The Ten is One Whole HaVaYaH”

Writings of Baal HaSulam, “Preface to the Wisdom of Kabbalah,” Item 22