A question I received: Why are there still so many conflicts between representatives of different ethnic and religious groups? Sometimes even the official religious communities support these aggressive views and actions. What is it about people that makes them want to practice superiority over other nations and ethnic groups, and to do all this in the name of the Almighty?

My Answer: Religions were created after Kabbalah became concealed, by people who fell into egoism. These people took Kabbalistic ideals and passed them off as their own. They couldn’t, however, abide by these ideals, and as such, they could only instruct others to uphold them by threatening them with punishment in the world to come.

Because of how egoism provokes mutual hatred in people, all religions mutually hate one another, but they conceal their hatred, and on the surface, summon the world to peace and love. However, they’ve never had an aspiration for peace and love, and if it were in their power to do so, we would still be destroying each other in religious wars, following their call to make them stronger, like we’ve done in the past.

Related Posts:
The Solution – Excerpts from the Writings of the Last Generation by Baal HaSulam
The Cracks in the Floor of Supposition, and the Firm Base of Attainment
What Is Religion?
Religions are Expressions of Culture, Not Absolute Higher Knowledge
More Muslims than Catholics
The Solution to the Clash of Civilizations

The descent of the Upper Forces evokes the birth, or emergence, of an expanding universe, both the universe as a whole and each of its parts: the formation of microscopic particles and atoms, the complication of the structure of matter, chemical interactions that are set in motion by heating-uncharging and condensing-cooling, the formation of structures, the congestion of substances, and the formation of stars, galaxies and planets. On one of these planets, bio-polymers form – the basis of life. Their evolution constitutes the evolution of life, leading to the emergence of reason, consciousness, and eventually, the human, an intelligent bio-mass that is aware of its own existence – Behina 4 (Phase 4).

The human, however, is only the first and lowest degree of the ladder upon which he ascends (and the universe and this world ascend together with him). This ladder leads to the state where the human is fully conscious of the entire universe, a state called the World of Infinity, complete adhesion with the General Upper Force of the entire super-system.

As matter develops, its speed of development constantly increases. When the human emerges, the developing system’s acceleration is at its utmost. A social community of people emerges, and egoism’s growth develops it into an informational community. Mass media and communication channels unify everyone in one place, opinion, consciousness and experience. A person becomes a cell in the organism of the general system, similar to a cell in our body. Everyone’s unification within one organism is determined from the beginning. Every person’s dependence and influence on others is determined by the informational unification, rather than the physical one. The more the information is qualitatively developed, the greater influence it has on the entire system – an influence that is physical, informational, cognitive and spiritual. The spiritual influence bears the greatest result on the whole system, raising it in the general, collective consciousness to the level of the super-system – called “the Creator.”

A Talk about the Attainment of the Universe with Michael Laitman [01:36:38m]: Play Now | Download

A Talk about the Attainment of the Universe with Michael Laitman [01:36:38m]: Play Now | Download

Review of the Book “Meeting Kabbalah”

On April 22, 2008 a rather negative review of the book Meeting Kabbalah, published in Hebrew by the Bnei Baruch organization, appeared in Israel’s most elite newspaper, Ha’aretz. Meeting Kabbalah is a collection of my talks with Israeli writers, actors, musicians, singers and social activists. 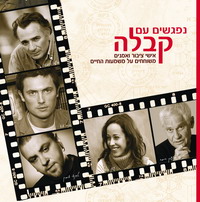 When we asked the newspaper’s editorial staff about the negative review, its reviewer, Tomer Persiko, responded with five questions, in which he disagreed with our statements. Here they are:
1. You assert that all methods besides Kabbalah are based on lowering a person. Have you tried all these methods? If not, then what are you basing your statements on?
2. You insist that Kabbalah has existed since the times of Abraham, but modern researchers say that it was founded in the thirteenth century and their works confirm this. Do you have proof of your opinion?
3. You insist that The Book of Zohar was written by Rashbi in the second century CE, while modern researchers say that it was written by a group of Kabbalists under the guidance of Rabbi Moshe de Leon in the thirteenth century, and they produce proof of their assertions. Do you have proof of your assertions?
4. You assert that Kabbalah is a science, but in what sense is it a science if it is based on metaphysical assumptions (for example, the existence of the Sefirot), whose existence cannot be proven?
5. You insist that “the only way a person can reach a connection with the Creator is through a group,” meaning – a Kabbalistic group under your leadership. But you are not willing to accept homosexuals into your group, and advise them to reach a connection with the Creator on their own. How can you respond to this contradiction?

How would you respond to these five questions?