Are You in This Picture? 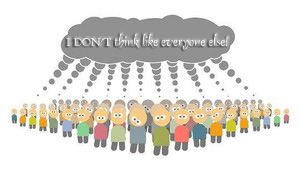 A question I received: Can you say for certain that your students in Bnei Baruch differ from other people in any way?

My Answer: They’re no different from any other person in this world, except that within themselves, they feel the force that’s controlling them.

The Fates of Great Kabbalists

A question I received: The history of Kabbalah shows that those who had great spiritual attainment had tragic fates. Where are the positive examples? And how can this attract people who already have enough misery in their lives?

My Answer: It’s true that when we take an outside look at the fates of Kabbalists, we find that they were persecuted, condemned, afflicted with sickness and so on, no less than other people. So where in all this do we see the Creator’s help!?

The fact is that a Kabbalist is very much connected with the entire world and receives suffering for everyone. However, he then raises the suffering he feels up to the Creator, and also receives the reward for everyone. Thus, when he feels the suffering, he also sees its perspective, the future salvation – the same as how a person who works very hard rejoices ahead of time, knowing that he will receive a great reward for his toil. But we, who are watching from the outside, only see his suffering and his efforts, whereas in reality he feels the Creator’s presence and grace in everything.