Making choices drains a person’s psyche. The freedom to choose is a fundamental value in modern society, where people find themselves having to make choices all the time. However, American physiologists concluded that the need to make constant choices drains the resources of the human psyche, damaging people’s ability to solve basic problems and overcome the difficulties of daily life. The results of the research, on how choice affects the human psyche, were published in the April issue of the Journal of Personality and Social Psychology.

From the perspective of Kabbalah, when we ascend a level higher, we discover the control panel operating us, and that which seemed as the freedom to choose is actually the realization of the Light’s influence on the Reshimo – the gene of desires. This gene’s activation generates a person’s movement, physically, mentally, and in every which way.

When those studying Kabbalah receive desires from their environment, their group, to “ascend above themselves,” above their egoism, and demand the Light during the study of Kabbalah, then this Light elevates them, evoking a desire to bestow within them. We then “rise above ourselves,” above our desires to receive, and gain the “freedom” to act against our original nature. However, at the same time, we are obliged and compelled to act according to our new nature. This freedom to choose lies between the two natures, in choosing which nature to act in accordance with. Freedom lies in the choice that presents itself in Klipat Noga: “Who will rule over me?” and in response to this, choosing the Creator, similarity to Him. We receive the forces to make this choice to the extent that our environment provides us with the sense of the Creator’s greatness.

From the book’s blurb:

Among all the texts and notes of Rabbi Baruch Shalom Halevi Ashlag (the Rabash), there was one special notebook he always carried. This notebook contained the transcripts of his conversations with his father, Rabbi Yehuda Leib Halevi Ashlag (Baal HaSulam), author of the Sulam (Ladder) commentary on The Book of Zohar and of many other works on Kabbalah. 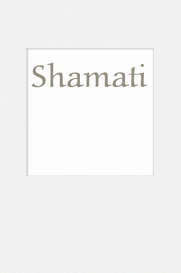 Not feeling well on the Jewish New Year in September 1991, the Rabash summoned his prime disciple and personal assistant, Michael Laitman, to his bedside and handed him that notebook. Its cover contained only one word, Shamati (I Heard). As he handed the notebook, he said to Laitman, “Take it and learn from it.” The following morning, he perished in his student’s arms, leaving him and many of his other disciples without guidance in this world.

Committed to Rabash’s legacy to disseminate the wisdom of Kabbalah, Laitman published the notebook just as it was written, thus retaining the text’s transforming powers. Among all the books of Kabbalah, Shamati is a unique and compelling composition whose power persists long after the reading is through.

A question I received: My name is Noga and I receive messages from angels. I feel that my purpose and mission is to help people, and deliver them these messages. I am interested in studying Kabbalah, and I watch your broadcasts every morning. What I wanted to know is whether Kabbalah believes in this ability to communicate with angels? And is it positive?

My Answer: Angels are not images but forces, just like any other force in our world, such as gravity, pressure, radiation, and so on. Being at the level of these forces means ascending spiritually to the levels of the worlds Yetzira and Beria, and acquiring the equivalent forces of bestowal at these levels, instead of the desire to perceive, as is the case with you. You will see just how difficult this is to do when you read the article “Preface to the Book of Zohar.” My suggestion to you is to either stop fooling yourself or stop studying Kabbalah, which is nothing other than a science of self-correction.