Let’s all come together and by our common, strong desire, make our world a better place. 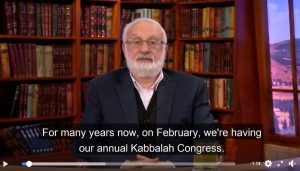 Each of us is like a cogwheel that spins with other cogwheels in a single mechanism, without personal freedom of motion. The common movement moves the wheels toward a single goal. Any resistance to the common movement elicits a general malfunction and problem. Everyone has to reveal this!

I want to sew the friends’ desires together. If I sew the friends’ hearts with each other, connecting them stitch by stitch, I end up with a field where I’ll reveal the Creator. This is my Creator, my field, since I connected their hearts and built my soul.

Bnei Baruch is the Kabbalistic group of the new world, which is now opening the entrance into spirituality for all mankind. Behind us, we are pulling the whole world out of egoism. This is more difficult than individual ascent from egoism, but this is the work of the generation of the Mashiach (=one who pulls out of egoism).

The 9 people in front of me—is 9 upper Sefirot. I am Malchut. I restrict myself, serve them, join them, ready to do anything for them—thereby building a spiritual Partzuf. Mutual guarantee is the condition for the existence of the spiritual Partzuf, bestowal to the Creator, and reception from Him.

I can switch tens every minute—it doesn’t matter. What matters is that I annul my egoism and each time accept the ten that’s in front of me instead of my heart. This is called mutual guarantee.

I don’t care who I sit with—it’s always the same ten. There can’t be any more or less in the whole universe. Even if I sat with 8 billion people, it would also be 10, only on a greater scale, to better enable me to discover the details of one Kli. But it’s the same 10 Sefirot!
From Twitter, 2/18/20

Why Nature Rejuvenates When Humans Leave

In 1986, the world’s biggest nuclear accident took place in Chernobyl. Escaping from vast amounts of radiation, people hastily left their homes. Today, after over 30 years, the 30 kilometer closed zone around Chernobyl is inhabited by dozens of species, many of which haven’t lived in that area for centuries.

What this example shows us is that human interference is much worse than radiation. Why?

The wisdom of Kabbalah says that humans have an additional aspect to the rest of nature: the human ego, which is a desire to enjoy at the expense of others.

Therefore, as far as we go, we interfere with the perfectly balanced natural system with any smallest action, even if we are unaware of it. Therefore, when people leave, nature rejuvenates.

Can we achieve a nature-like harmony in human society?

Definitely. This is what we have to do. How? Study the inner sense of nature, its laws, and try becoming integral with it, flowing into one another. When we reach such unity with nature, we will see that, in fact, everything is simply blissful. 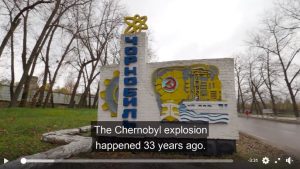 Becoming A Source Of Influence On The Creator

Baal HaSulam, Shamati 34, “The Advantage of a Land”: Thus, all the descents where one feels that he has come to separation are an opportunity to discern between something and its opposite. In other words, from the descents, one should learn the benefits of the ascents.

He would not be able to extract the importance that he could extract, as when one is given food without ever having felt hunger.

How can I begin to feel the upper world, the highest state, which is not in my material desires? Only from the fact that I feel it as good or bad according to our earthly conditions, and then rising above them. In any case, we grow from the earth as plants and nothing can be done about it. We have no other definition.

The fact is that we are in states where we have to begin to determine what is good and bad not with respect to our animal body, but with respect to the absolute, as if relative to outer space, the Creator.

With respect to the Creator, good is only in rapprochement, unification into one common unified system. Then all creations will start feeling the connection between themselves and the Creator filling all these connections. Achieving this is the goal of our attainment. Almost all of us are already in this state, we only need to reveal it for ourselves in feeling and mind.

But this can be revealed only through a group. There is no other way. If we create a group in which we try to unite in order to attain the general governing force in this very unification, then we begin to explore this force, to feel it, to get closer. It becomes our tool and we can do whatever we wish with the Creator.

In fact, the Creator is not some kind of force that does whatever it wants. It is the total force of the universe that surrounds and includes everything. To the extent we make ourselves similar to it, to that extent we can reveal its emanation on us, bring it closer, move away from it, etc. A person begins to feel himself as a source of influence on the Creator.
[258719]
From Kab TV’s “Fundamentals of Kabbalah,” 12/22/19

Related Material:
Separation Brings A Descent, Unity An Ascent
Unifying The Two Forces Of Nature Within
An Honorable Task Of Becoming Righteous

The Uniqueness Of The Force Governing Us, Part 2

“The left rejects” means rejection, that is, hiding the Creator when we become uncertain about Him. We begin to think that there are other forces opposite of Him.

It seems to us that there is either ditheism, i.e., a bad Creator and a good one, one against the other, because we perceive the world as such, or polytheism, i.e., many forces in the world that are in opposing relationships. This is all conceived and done on purpose.

This means that there are things in the world that, to begin with, aim to divert a person from the right way, and by which he is rejected from Kedusha [holiness]. There are specifically forces, phenomena, and actions that arise which are initially placed before a person with the intention of driving a person astray, pushing one away from striving for the Creator, throwing a person from the thought that only one force, only one Creator, acts on him.

Thus, these rejections help a person because with their help one receives a need, a complete desire for the Creator to help him reveal Himself. Otherwise, he couldn’t have defined himself in any way in this world.

With that, a person wants to understand who controls it, who determines his thoughts, actions, and everything that happened in the past, that is happening in the present, and that will happen in the future. On one hand, it is clear that this is accomplished under the influence of a single force of nature.

On the other hand, this force constantly twists and lures us into various circumstances, and we attribute everything that happens to other people, events, and various authorities, as if they independently control both the world and our life.

Thus, I stray from the definition of the uniqueness of the Creator’s governance. I cannot maintain the fact that only one single force controls me like that; I see contradictions in this control all the time.

Why does the Creator do this? It is so that in all these contradictions we could discover Him by our own will, despite the fact that I suddenly fall under the power of the police, the state, relatives, family, and children. My friends influence me, and suddenly someone else also does.

In fact, I must clearly determine that I am only in the field of the Creator, and there is no one else who controls me, introduces and withdraws me from all these states, and substitutes various other sources of influence upon me.

At every second, I must be directed through all supposedly earthly sources toward Him and clearly know that He is doing everything through his puppets, my family, friends, enemies, and even politicians. The whole picture that I see in front of me and call “this world” is a theater through which the Creator acts upon me. I have to connect this entire theater to Him in His every action.
[256633]
From KabTV’s “Fundamentals of Kabbalah,” 11/24/19

Related Material:
The Uniqueness Of The Force Governing Us, Part 1
Everything Is Within Us
There Is Nothing But Goodness

Holiday of Sukkot and Its Symbols

Five days after the Day of Atonement (Yom Kippur) comes the holiday of Sukkot, which means that a person receives five upper lights of NRNHY and comes to the state when one is under the influence of the surrounding light. In order to receive the surrounding light, a person must perform an action on oneself called building a hut, Sukkah. This is a restriction that as if blocks the upper light from a person because he or she does not want to receive it for one’s own fulfillment, but wants to receive it only for self-correction. A person continues the same line: from the New Year through Yom Kippur to Sukkot.

Thus a person builds a screen (Masach) called “Schach,” “roof,” which symbolizes that only a small light can penetrate through this roof. One sits in the shade of the hut for seven days which represents a correction of all seven egoistic parts of the shattered soul: Hesed, Gevura, Tifferet, Netzach, Hod, Yesod, and Malchut.

Only then, once one is already corrected, one leaves the Sukkah and on the eighth day, Shemini Atzeret, celebrates the Giving of the Torah, i.e., one begins to receive the upper light already in the style of bestowal.

Question: Is the roof,  Schach or screen, made from waste?

Answer: Things that we previously considered not important for us, we neglected bestowal, love, coming closer to other people, “loving your neighbor as yourself”—the qualities that we need to develop—now, on the contrary, we raise above our heads. That is, we want to implement them at any cost.

Question: During the holiday of Sukkot, we use the attributes of four types of plants: willow, myrtle, palm, and citron. What do they symbolize?

Answer: They represent four phases of our egoism, which we correct, connect together, and then we can attract the upper light upon ourselves.
[257489]
From KabTV’s “Fundamentals of Kabbalah,” 1/29/19 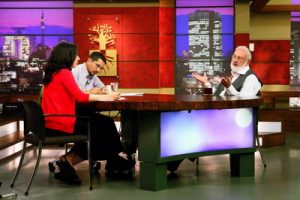 True love and lasting happiness occur when I bestow to others without aiming to get something back in return. Humanity is the only part of nature with the evil intention to exploit. If we are to be happy, we have to change our attitude toward others through work in a group of like-minded people. Proper social connections happen when we connect to others with the intent of benefiting them. Real happiness is achieved in the center of the connection between people, in the center of the circle.
[145476]
From KabTV’s “New Life 243 – Happiness And Social Ties, Part 2,” 10/17/13