Question: Can you give an external example of spiritual balance and where it manifests itself?

Answer: No, because our world is not an example of the balance of spiritual forces.

There is nothing spiritual in our world. It is needed only in order to bring a person to internal unity. Therefore, isolated negative forces are working here. There are no positive forces, although they do work sometimes, it is only in an inverse state in order to bring us to the correct recognition that “There is none else besides Him.”

Question: Perhaps it is possible to see this in an example of a family where at the moment harmony and love reign, but everyone remembers quarrels and discords that happened yesterday or the day before yesterday?

Answer: Nothing is forgotten. However, if both spouses consciously balance themselves and they both have a clear aspiration toward the correct connection because they understand that there is evil on both sides and relative to it there is some kind of good and they want to balance them, then they neutralize the evil and keep it under control. This is more or less how the spiritual system exists.

Comment: You often give the example of your relationship with your wife. If you had an argument in the evening, then in the morning you do not remember it and do not talk about it.

Answer: Nothing like that. The next morning, I remember everything and so does she. Yet we have decided that we will start every morning with a clean slate, and therefore we act as if nothing had happened.

There is a covenant between us and we try not to break it. This is good, serious spiritual work. We agreed that the next day, we will not recall the past. Once the day is over, it is crossed out.

Question: Does a person understand that this is good for him, that he can circumvent all troubles this way?

Answer: Otherwise, you will not be able to maintain a marriage for so many years. We have been married for 50 years!

Question: Where one can get the strength from? From the Creator?

Answer: No. Here, you just need the desire to keep the marriage. You have to develop a certain system of behavior.
[235947]
From the Kabbalah Lesson in Russian 6/17/18

Related Material:
What Determines The Well-Being Of A Family?
Homework For Two
The Force Of Good And The Force Of Evil, Part 1

The Only Fear Of The Kabbalist

Question: Is a Kabbalist afraid of something in life?

Answer: He is afraid that he will cease striving toward the Creator, appreciating Him, and trying to become like Him.

Question: Is he not afraid for his body, health, etc.?

Answer: If you completely surrender to the Creator, a higher force that always and completely controls you, and you agree with its governance, then you just let go of everything else. And to the extent that you disagree, you suffer. Therefore, all diseases are a measure of disagreement with the governance of the Creator.

Question: In any extreme situations, a person releases adrenaline: he is afraid for his life. And how does it happen to the Kabbalists?

Answer: It depends on what level he is at. If he is already at a serious level of attainment of the Creator, then his only fear is trembling, in order to fully correlate everything with the Creator who is absolutely good and determines all the states.

Trembling of the Creator is blocked by animal fear, and we no longer feel it. But this does not mean that animal fear is destroyed. It can not be destroyed, only overcome.
[235297]
From the Kabbalah Lesson in Russian 07/01/18

Related Material:
The Difference Between Fear and Awe
Phobias In Kabbalah
Does Fear Exist In Spirituality?

There is no doubt that the next round will be more painful. We took a serious step backwards, against ourselves and against the safety of our children. Hamas, on the other hand, is celebrating their success in sparking a political earthquake in Israel, after the resignation of the defense minister. They – and the entire world – have concluded that Israel is weak.

All of us without exception – leaders and soldiers, politicians and citizens, rightists and leftists, religious and secular – must be vigilant against the enemy within us, the snake that separates us from each other. Only when we join forces against our own division will we reawaken the spiritual foundation of our people.

According to the wisdom of Kabbalah, the spiritual connection between us is our only salvation. It will build a wall against our enemies. And the whole world is subconsciously waiting for the power that lies in Israel’s unity. Even Hamas. 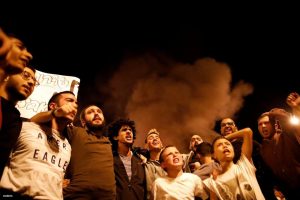 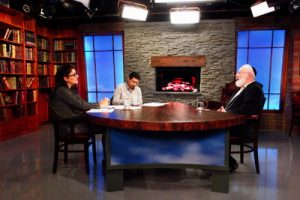 World peace and the peace of a fetus are the same thing. A fetus depends on the whole world and it is influenced by the network in which we are all connected. We are living in a general field of desires and thoughts and even the study of this system of nature can help to balance, relax and make the couple and their fetus healthy. The beginning of a new life is determined at the highest level in nature and the only way humanity can have an influence on this process is to relate to one another correctly. Today, we have a lack of desire to procreate as well as fertility problems because we have not corrected the human being in us. Children must be taught about integral perception in order to properly prepare them for future pregnancy and childbirth.
[107067]
From KabTV’s “New Life #97 – Pregnancy and Childbirth: Preparation,“ 11/1/12

Writings of Baal HaSulam, “The Giving of the Torah”, Item 15