“Rethinking Social Media In The Era Of Hatred” (Newsmax)

My article in Newsmax: “Rethinking Social Media in the Era of Hatred” 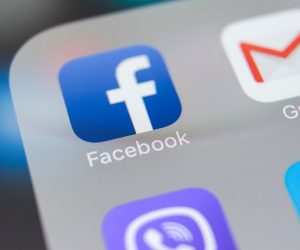 If Hitler had access to social media like there is today, he would have been allowed to buy ads, reflected British actor Sacha Baron Cohen in a recent thought provoking statement, calling internet platforms “the greatest propaganda machine in history,” ruled by money.

I concur, but beyond the speeches, real changes will demand unprecedented measures in times of extraordinary challenges to face bigotry, discrimination, and the most deeply-rooted form of hatred: anti-Semitism.

Social media has been deliberately built to influence our emotions, preferences, decisions, impulses, energy, attention span, and interactions. There is a well-established process to influence our minds and pockets. The internet was created for the purpose of serving humanity, says its inventor, Tim Berners-Lee, who 30 years later laments how the opposite has been achieved and “communities are being ripped apart as prejudice, hate and disinformation are peddled online,” suggesting that the web needs “radical intervention from all those who have power over its future.”

Is the Future of Humanity for Sale?

Social media and the media in general have become the ruling power where everything is permissible regardless of the veracity or positive benefit to society. The current communication systems are handled according to monetary interests, a reflection of human nature that is innately egoistic, i.e., aiming at self-benefit and exploitative relations. We will eventually need to realize that any technological innovation or means failing to advance humanity toward greater positive connection only harms it. But how can we achieve such a lofty goal considering that it is against the way we are built: egoistic?

It will happen when we eventually feel there is no other alternative to thrive but to change direction.

The world is rapidly moving toward a dead end, a turning point in social evolution: power structures are shaking in multiple countries around the planet, as we have witnessed in the last few weeks. Global economic debacle is predicated by international analysts. Such a scenario is showing us that self-centered perceptions and actions are reaching maximum capacity. If money can now buy anything, it will gradually lose its value, and social media as well as political, economic, and social actors will have to find a way to stay afloat.

Here is precisely where the Jewish people can contribute to society’s betterment. It is not by chance that the main social media platforms such as Facebook, Google, and others have been created by Jews. It gives us a hint of our true identity, our purpose, and role in the world: to unite humanity as a whole. We currently have the tools; now it is time to learn how to use them for a higher purpose.

New Principles for a New Society, the Role of the Jewish Nation

The Jewish nation can pioneer the correction of what needs to be fixed in the world: human relations — the way we relate to one another and the purpose of what we have created to either belittle or support each other. The use of social media to enhance mutual concern and a more holistic perception will positively shape the world of today and tomorrow.

In order to do so, every society could follow the model established by the Jewish people centuries ago, similar to what was called in ancient Israel, a Sanhedrin, an ideological body responsible for the nation’s right direction, to achieve balance and harmony. Similarly, in today’s world, the model of such an ideological body, a pluralistic watchdog where all the ideas are represented and discussed, until a common agreement is reached and only then disseminated, could help monitor the correct use of social media.

Such a body should be comprised of representatives from the entire political spectrum, as in Congress, in charge of evaluating media if harmful or malicious information is disseminated to the general public, instead of only facts.

As the world becomes increasingly interdependent, people will have to expand their circle of concern. We need to enhance our social sensitivity, broaden our worldview, better understand our nature as human beings, our limits and responsibilities, and most importantly, learn how to tap into our inherent wiring for human connection.

If the world started feeling an upgrade in consciousness, a positive change in their lives through this new model to find balanced communications and human interaction, the tendency toward anti-Semitism would invert: the Jewish nation will be perceived as the conduit of the good that fills people’s lives.

Such a sense of fulfillment can be achieved if we start using the web as a common umbrella of mutual understanding and support that would help us unite above all of our differences, divisions, and conflicts.
[256303]