My article in Newsmax: “New US Israeli Settlements Policy Could Foster Peace” 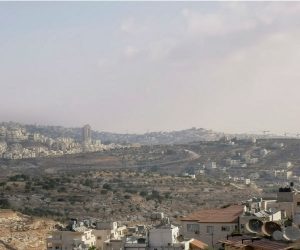 Setting the record straight, the reversal of a four-decade old U.S. position on Israeli settlement policy in the West Bank as being “inconsistent with international law,” is a meaningful and positive declaration.

First and foremost, if it helps repair the breakage in Israel’s social fabric, it will help ease the road to peace. After mending the connections of the people of Israel, tranquility with our neighbors will follow naturally and smoothly.

The shift in American foreign policy announced by U.S. Secretary of State Mike Pompeo agrees with President Ronald Reagan’s 1981 assessment that the settlements in territories conquered by Israel in the 1967 war were not “inherently illegal.”

However, this assessment contradicts U.N., European, Mideastern and Palestinian positions on the matter. The international community generally deems the settlements to be illegitimate, claiming that they erode the possibility for a future Palestinian state that would include disputed areas in Judea and Samaria.

Washington’s declaration has been rejected by Russia, Jordan, Turkey, and the European Union representatives, which comes as no surprise. The nations of the world consistently hound Israel, with no hesitation to unmercifully pressure Israel in comparison to what they demand from its neighbors or any other country.

Why Is Israel Always the World’s Focal Point?

We might wonder why Israel is treated differently than other nations, grabbing such global attention. It is so for a reason. The world subconsciously feels that Jews hold the keys for a good future but are somehow withholding the secret to a better world.

Therefore, the nations of the world goad us from behind and will not rest until we deliver what is expected of us.

Our Jewish nation was founded by our forefathers based on adherence to the condition of being “as one man with one heart.” Together, our people discovered and refined the method to rise above personal interests, the ego, to nurture genuine concern for one another.

They discovered a positive unifying force that guided their every move, and for centuries succeeded in uniting above divisions.

However, around 2,000 years ago, the Jewish nation succumbed to unfounded hatred, which led to their exile and eventual dispersion.

The shattered state of separation still rules in our hearts, and it is the root cause of myriad problems today.

Therefore, rebuilding our Jewish unity is the key solution that can restore a state of harmony profound enough to permeate everything around us and the entire world.

This is precisely our moral and spiritual obligation as a people, to “be a light unto the nations,” serving as a positive example for the world. It is the mandate for our existence as a nation, as well as for the Land of Israel upon which we reside.

As Rav Abraham Isaac Kook, the first chief rabbi in the Land of Israel, wrote, “In Israel is the secret to the unity of the world” (Orot Kodesh).

Peace Should Start At Home

Until we reconstruct our state of cohesion, which humanity direly needs today, the nations of the world will not accept our existence as individual Jews or as a sovereign Jewish nation. Therefore, peace must begin at home, among Jews. When we rise above our differences and attain a certain extent of unity, everyone will benefit. Otherwise, the world will continue blaming Jews and Israel for their woes.

We are the carriers of the method of the ego’s correction and of the division destroying our world. First, however, we need to learn how to implement correction among each other in order to be able to pass it on.

That method for “covering all crimes with love,” as King Solomon put it (Proverbs 10:12), always was and always will be our weapon for our survival and prosperity.

Reinstating the connection we once achieved is the peace process we need most.

The sooner we begin, the faster we will find calm and quiet for all.

“How Can We Understand The Difference Between ‘Mitzvot’ And “’Halachah’?” (Quora)

Michael Laitman, On Quora: “How can we understand the difference between “Mitzvot” and “Halachah”?“

Mitzvot are actions that a person conducts according to what is written as Halachah, in order to increase a person’s connection with the Creator.

A Birth of Something New From Two Opposites

Question: According to Kabbalah, marriage is not artificially created by man. It developed based on our natural properties. Why does the combination of two opposites give rise to something else, something new?

Answer: We see that the more developed the elements of nature, the more difficult it is for them to fit together. But when combined, they give rise to more distinct, developed, and unique properties.

Remark: They say that at the primitive level, elements are not separated. There are even some animals in which male and female parts coexist in the same body.

My Comment: Moreover, there are some animals that easily change their gender depending on what is needed for procreation. So all this is very smooth, flowing, and changing.

However, the higher the object of nature, the more difficult it is for it to proceed. Still, among animals we do not find any special combination of spirit, morality, and habits. Only in humans.

In the ancient, primitive, and in all kinds of protective natural communities, there was no particular separation between individuals. Until recently, there was no problem creating a couple between a man and a woman from the same village because everyone knew each other, they understood who they were, they had the same lifestyle and everything else. Everything was similar, even people’s characters were very similar.

But starting from the 19th century, a very serious distinction appeared among people depending on their states and other reasons. Thus, the problem arose of how males and females would mate.
[253840]
From KabTV’s “Fundamentals of Kabbalah,” 1/1/19

Related Material:
Family In The 21st Century: Update
Within The Family There Is No Need For Heroics
The Family Is An Elevator To The Next Level

Filed under: Man and Woman, Marriage - No Comments →

New Life 287 – Shame And Jealousy In A Circle

New Life 287 – Shame And Jealousy In A Circle
Dr. Michael Laitman in conversation with Oren Levi and Nitzah Mazoz

One can only deal with negative emotions with the help of an integral group. Shame is an internal contraction resulting from self-criticism. It is a discovery of the gap between me and a person, situation, or quality above me. Shame is driven by the question “Who am I?,” while jealousy concerns “Who is he?” These feelings balance one another. In an integral group, people complement, balance, and empower one another. To the extent that a person is devoted to the group wholeheartedly, he or she is given the powers of the group. One learns to rise above egoism, stop feeling afraid, and switch from “me” to “we.” A person experiences a special, warm connection and acquires the tremendous treasure of the experience of life.
[128985]
From KabTV’s “New Life 287 – Shame And Jealousy In A Circle,” 1/12/14

Lesson on the Topic “The Center of The Ten”

Writings of Baal HaSulam, “Preface to the Wisdom of Kabbalah,” Item 102