And these are a handful of my African students, who made a tremendous effort to gather together this past weekend to watch a series of lessons I delivered from Bulgaria as part of our international Kabbalah convention. Yes, you can also learn the wisdom of Kabbalah in Africa.

Next month, I will meet with them and other students from Asia and Australia for a unique online conference. I will broadcast from our studio in Petah Tikva, and they will connect to a global conference call where we will discuss uniting above our differences—the central message of the wisdom of Kabbalah. 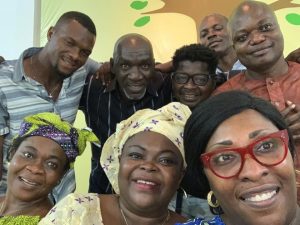 Win A Bit More For Holiness

Contraction and expansion are the consequences of the shattering of the common soul of Adam. We cannot just expand at will and emerge from our boundaries. We are always within our desire created by the Creator, but we can use it either in its corrupted or corrected form.

Therefore, expansion and contraction indicate to what extent we can take our corrupted desires and turn them into corrected ones. This is our work. Contraction and expansion happen only in relation to an intention for my own sake or for the sake of bestowal, but inside the same desire.

Each time we win back a little more additional territory from egoism and invert it to holiness, that is, to bestowal. We need to reach the front line where the border between the Klipa and the holiness lies, and try with the help of the Creator, that is, the prayer, our connection, and appeal to the Creator, to push back the forces of impurity and pass this part to the authority of holiness. We need to continue in this way, constantly standing guard over bestowal and further freeing the field blessed by the Creator.1
From the 1st part of the Daily Kabbalah Lesson 10/30/19, The Benefit of Moving into a World Ten – Contraction and Expansion” (Preparation for the Convention in Bulgaria)

Related Material:
Finding The Force That Balances The Ego
The Method To Constantly Increase Love: Kabbalah
Contractions That Precede The Birth Of A New World

Reach a new Level of Attainment

Baal HaSulam, “The Essence of the Wisdom of Kabbalah”: … render us complete satisfaction although we have no perception whatsoever in the essence of the subject.

Furthermore, you have no perception or attainment whatsoever even in your own essence. Everything you know about your own essence is nothing more than a series of actions extending from your essence.

It turns out that what I have is enough for me. If I feel some kind of phenomenon and it completely fulfills my desires and satisfies my questions, then I do not yearn for anything more.

Is it still possible to be infected by further questions? Perhaps somewhere somehow it is possible if we get closer to the Creator and want to acquire His nature. Maybe there we will be able to reach such possibilities of attainment that are higher than our current ones. However, this is a completely different level of the universe, a different level of attainment.

Everyone exists on the inanimate, vegetative, and animate levels of nature, including all the people in our world. If a person who studies Kabbalah rises above the animate level, ascends to the level of the Creator and begins to attain this system, he or she feels not only it, but also the causes of all the phenomena.

That is, I do not just feel the Creator, but I reveal His essence, the next level of reality. This is what the wisdom of Kabbalah studies. But that is already a top chord.
[253442]
From KabTV’s “Fundamentals of Kabbalah,” 9/15/19

Question: When we watch some programs, we become involved with them and feel the stream of thoughts and feelings. This is already a level of connection.

Why, if I feel the thoughts and desires of others within me, is this a sign of spiritual connection?

Answer: A sign of spiritual connection can only be when I feel rejection from my friends and at the same time I pray for connection between us. Only these two opposing tendencies in me indicate spiritual elevation.
[253295]
From KabTV’s “Fundamentals of Kabbalah,” 8/18/19 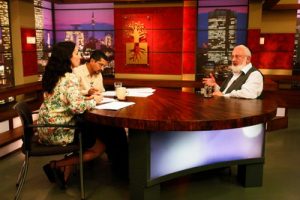 An integral group develops a new vision of the world as round, including everything that appears to be outside within one’s personal life. It means everyone relates to each other as a single family. It is not a commune or socialism. Everything is connected on every level in every area within reality; humanity needs to develop an integral sense through new internal programing so they can perceive this truth. The integral environment influences a person to consider what is good for everyone through exercises, workshops, and activities. Each person shifts their focus from “I” to We” to “One.” Together, we learn how to make the right decisions in life and never make mistakes.
[132685]
From KabTV’s “New Life 292 – An Integral Group, Part 1,” 1/21/14

Lesson on the Topic “Hardening of the Heart – Invitation to Ascend”