What Does Rosh Hashana Symbolize?

Rosh Hashanah symbolizes our aspiration to higher values, benevolence, sharing, and caring for each other. The essence of Judaism is unity and brotherly love, expressed in the sayings, “That which you hate, do not do to your friend,” and “Love your neighbor as yourself.” The tradition to eat a fish’s head symbolizes our decision to be at the forefront, leading ourselves and others toward unity.

Filed under: Holidays, Videos - No Comments →

We have been celebrating Rosh HaShanah, the beginning of the Hebrew year, for 5,779 years already. What could truly be renewed this year, and how can we change our perception of reality so that the coming year will be significantly better? Here are 15 mind-changing insights.

1. The World at a Turning Point
In the twenty-first century we have achieved everything. And yet, we can’t shake away the troubles and ailments that plague us both as individuals and as a society. Political instability, social division, terrorism and security threats, climate destabilization, mass immigration, and more – are just some of the symptoms pointing to the global entanglement the world is facing.
For thousands of years we’ve been trying to fix the world around us in countless ways. But the facts on the ground prove that we haven’t cracked the formula to a peaceful and happy life. The silver lining is that people are beginning to question the current paradigm, and look for a new approach to life.

2. The World Is a Mirror of Our Inner World
The Ari, the Kabbalist who described the entire structure of the spiritual reality in great detail, summarized it as follows: “Man is a small world; the world is a great man.” In other words, the entire world is a reflection of man’s inner world, it reflects the consequences of man’s inner qualities. If we learn how to perceive reality correctly, we will find the connection between what happens in the world and what happens within us. Thus, by changing man, we can change the world.

3. Human Beings Are Motivated by Desire
The power that drives the development of humanity is the desire to receive pleasure. This desire grows in both quantity and quality. The ladder of development of human desire begins with basic-physical desires for food, sex, family and shelter, continues with human-social desires for money, honor, power and knowledge, and climaxes at the desire for spiritual fulfillment. At every step of the ladder, the desire shapes our perception of reality.

4. The Egoistic Desire Shapes Human Perception
At a certain stage in the development of human desire, people want to take pleasure at each other’s expense. Kabbalah calls this natural phase of development “egoism.” The increasing egoistic desire in man shapes his perception of reality. As a result, man sees the outside world in an increasing crisis, a world in which man is wolf to man.

5. The Human Ego at a Dead End
The egoistic desire sees numerous possibilities to draw pleasure from the world. It is in constant pursuit for greater pleasure. But time and again, man becomes disillusioned, as the desire is met with dissatisfaction that causes disappointment and frustration. Over time, the bitter experience accumulates in humanity and every generation grows discouraged from the chase faster than the previous one. This is the reason for the meteoric rise in the demand for drugs and the phenomenon of depression becoming the leading cause of disability in the 21st century.

6. To Change the World – Change Man
Instinctively, we want to correct the world around us, as that is where our problems appear. But this is an illusion. The source of our problems is the growing ego in our inner world. Just as a vehicle’s dashboard shows the driver data such as speed, fuel, and so forth, the world presents man with various data to inform him about his inner qualities. Therefore, if we correct our egoism, our negative attitude to others, the “dashboard” will present us with a perfect world – a replica of our inner world.

7. Man Changes in His Relation to Others
Man’s attitude to reality changes when he treats others as he treats himself. Treating one’s fellowmen positively drives a positive attitude to the other levels of nature as well: the inanimate, flora and fauna. That is why the sages of Kabbalah coined the famous maxim “love thy neighbor as thyself.” It’s not about manners or morality, but rather a means for a fundamental change in our perception of reality. In the effort to perceive all parts of reality around us as one whole, we evoke the natural force that builds a new perception within us. In other words, a person who improves himself directly improves the world around him.

8. Every Crisis Calibrates Our Perception
The purpose behind all the troubles that plague us, both as individuals and as a society, is that we will pay attention to the correction of our ego, that we will improve our attitude to each other. As long as we neglect this, reality will press us more and more so as to calibrate our perception of reality.

9. The Positive Path to a Change in Perception
A pleasant, efficient and fast way to change our perception of reality is an educational process of raising awareness. In this process, one learns how to see and feel the world as a replica of his inner qualities. Step by step, one can upgrade his perception of reality consciously and independently – not through crises.

10. The Virtual World Prepares Us for a New Perception of Reality
The transformation of the world into a small global village helps us understand that we are all connected and interdependent. What happens in an individual affects the entire world. Alongside growing interdependence, virtual networks and technologies are developing exponentially. They release us from the chains of the physical world and get us used to the idea that humanity is an inner essence within us. For example, when people communicate virtually, they form an inner character of the person or group with whom they communicate.

11. A Tiny Change of Desire—a Huge Change in the World
It may seem that changing our perception of reality requires intellectual scrutiny or deep self-analysis, but this is not the case. Since the desire is what shapes our perception, all that is needed is a genuine shift of desire, that is, a heartfelt-emotional shift. This means that simple actions that increase our sensitivity to unity among people can focus our perception, and thus project a brighter picture of the world.

12. Connecting the Pieces of Reality Leads to Revelation of the Creator
Regular work on “love thy neighbor as thyself,” that is, the effort to grasp all parts of reality as one whole, reveals to us the single force that operates reality. The force that is the foundation of reality, that binds together the still, vegetative, animate and human to one harmonious system. This is how we gradually begin to feel how the same force operates everything in reality.

13. The World Is Within Us: The Next Revolution After Einstein
Humanity is facing a tremendous and profound change in the approach to life and to the whole of reality. Just as humanity believed that the sun revolved around the earth and Copernicus proved otherwise, and just as Einstein redefined reality as a relative picture that depends on the observer – the next revolutionary stage of development will show us that reality is a projection of man’s inner self.

15. Rosh HaShana Is an Opportunity for Change
Rosh Hashanah means the beginning of a change in man, a change in his perception of reality. Therefore, the coming holiday symbolizes the perfect opportunity for us to decide that this year we are changing our minds and hearts to perceive a new reality. 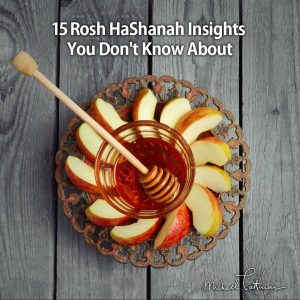 Disturbances Are Blessings From Above

Question: Can there be a physical rejection of people in the group as a disturbance from the Creator for realizing my spiritual potential?

Answer: I would say that that is a blessing from above. This is good! You are given an example of your egoism—how much you cannot stand others.

That is, you have an absolutely clear discernment of where and how you should correct yourself and, at the same time, how to measure your progress in relation to your friends, qualitatively and quantitatively. It will be clear to you.
[251393]
From the Kabbalah Lesson in Russian 6/23/19

Related Material:
A Picture That Is Woven By Two Threads
The Pictures Of Reality That Come To Life
From Infinite Complexity To Absolute Simplicity

New Life 142 – Israelis Must Spread Integral Education To The World

The Israeli society is responsible for spreading integral education to all of humanity. Humanity is in a global industrial, political, and economic crisis that is advancing at an exponential rate. We lack direction and need simple versions of the method of correction to be distributed to everyone at all levels of society, according to what we can hear. Israelis need to find the niches in which the secular, religious, right, and left become weak and fill them with hope based on the new paradigm of mutual connection. Israelis need to form a world university for all the nations to learn this new system and trend. They need to develop materials, workshops, and creative ways to distribute the message, like in movies and TV series. We are moving toward a world in which people will not work and will no longer need to worry about their animal bodies, but will spend their time learning to feel and reveal the upper force, the power of bestowal, upon which all of nature is founded. It is up to Israeli society to be the pipeline of this force for all of humanity.
From Kab TV’s “A New Life 142 – Israelis Must Spread Integral Education To The World,” 2/17/13