A Jewish Antidote Against Global Crisis (Times Of Israel)

Warning signs of a global recession are becoming more evident, warn economic analysts. Germany’s economy, the largest in Europe and one of the strongest in the world, is heading into recession, while China’s growth has slowed to its lowest point since 2002. Besides the economic problems, a Russian nuclear accident that caused a measurable increase in radiation levels, and prolonged massive protests in Hong Kong that have continued week after week, are additional troubling news headlines that have yet to jolt the general public. So why then should Jews be worried? The hard lessons of history have taught us that when things start to collapse in society, sooner rather than later, Jews will be blamed. However, before this happens, the Jews have the ability to apply a special preventive treatment: to rise above all differences and unite.

First of all, it is important to understand the invisible connection between Jews and the future of the world. Jews have always been a unique phenomenon on a global scale—a collection of people with exceptionally well-developed desires to enjoy, who strive to earn and maximize every opportunity in every field. The first time that Jews were able to transcend the deeply-ingrained, innate trait of individualistic success and unite into one nation was about 3,800 years ago in ancient Babylon as a tribal society made up of people from different backgrounds, cultures and languages (a society very similar to today’s humanity).

Abraham gathered likeminded followers around him and taught them the wisdom of Kabbalah, the wisdom of connecting and living under the premise of love of others. This group of Babylonians, who were initially estranged from one another, undertook Abraham’s guidance toward uniting and became known as the people of Israel. This group has also been referred to as “Jews,” from the Hebrew “yehudi,” meaning one who is in unison and harmony with nature. From the time Israel was founded, it had only one mission and purpose: to be a “light unto the nations” and to serve as an example of unity and love of others to the rest of humanity.

Later on, at Mount Sinai, the people of Israel received the Torah, the wisdom of Kabbalah: a method of connection for all human beings so that they would be able to transcend the divisions and conflicts above the ego and live “as one man with one heart.” However, after the destruction of the Second Temple, once the brotherly love became lost and the value of exalted unity ceased to illuminate the spiritual vision of the people, they dispersed into 2,000 years of exile and wandering from one place to another.

The wisdom of Kabbalah, or “Reception” in English (from the Hebrew lekabel, “to receive” the upper light), was hidden. Yet the method endured intact and operational, so that when Jews endeavor to connect, the positive force of connection flows through them to the entire human network, balancing the negative force of egoistic self-interest—the source of all division—and elevating the world. This force erases fractures in human relations and restores relationships between countries and societies, including those at an international level.

Therefore, in light of the global turmoil we face today, Jews have an obligation to fulfill their spiritual role toward humanity. As Rav Kook, the first Chief Rabbi of Israel, wrote, “Israel has the secret of unity in the world.” Otherwise, anti-Semitism will rain down upon us and the nations of the world will point an accusing finger at us, demanding our unity. As the prophet Isaiah said, “And the peoples shall take them, and bring them to their place; and the house of Israel shall possess them in the land of the Lord” (Isaiah 14:12). However, no one promised that the road would be easy and pleasant. Indeed, it could well be difficult and painful. The choice of route depends entirely on us.

The first step toward realization of Isaiah’s prophecy is to spur the people of Israel in the construction of a new humanity, to raise awareness among Jews of their role in the world. With every anti-Semitic event that takes place, we must stop and consider why this is happening. With every explosion or horrific incident, we must rediscover our purpose as Jews in the world. We now have a great opportunity to open the gates to mutual acceptance and support for all with the use of the connection method we received from Abraham. In this way, we will be able to change the face of global society from one of hostility to one of unity.

Uniqueness Of The Creator, Part 4

Question: What theory of nature’s governance does Kabbalah adhere to?

Answer: Kabbalah says that there is neither biotheism, nor polytheism, nor the theory of ending guardianship—nothing. There is only one single force that is engaged in human development in order to bring the person to the Creator’s likeness.

For this, the human being was created in the opposite property—the egoistic desire to receive for one’s own sake, which is when one thinks, contemplates, and imagines everything only for one’s own benefit. A person has no single sensation, no single thought in mind and heart that would not pursue one’s own personal well-being.

The person’s correction consists of rising above his nature and overcoming this tendency to do, think and act, subconsciously or consciously, only for his own benefit. He must make out of himself an absolutely inverse model that would only think about others, acting for their sake, feeling pain and pleasure for them.

A person must completely rise above one’s present animalistic essence and instead begin to feel everything outside of oneself, to live only for the good of these external, “outside of one’s” thoughts, desires, and intentions. Thus, there is only one force, even though an infinite number of forces, causes, and sources are perceived within us.

Nowadays, we are already reaching the understanding that the world is integral, and that perhaps only one theory, technique, power, and control program, really functions in it. It just affects us differently. Therefore, we can realize this theory and again return to monotheism. In other words, there is one single force that controls us differently, but with the sole purpose of leading us to its likeness. That is, from our initial state of absolute selfish love for ourselves, we come to the opposite state—absolute altruistic love, outside of ourselves.
[249924]
From KabTV’s “Basics of Kabbalah,” 12/10/18

Filed under: Kabbalah Study, Religion, The Creator - No Comments →

The Soul Is The Knowledge Of The Upper World

The soul is the knowledge of the upper world; if the soul could grow without knowledge, it would bring harm to it. That is why the soul is given an opportunity to act only to the extent of the acquired knowledge.

In our world, I can press buttons on some device, use various engines, and at the same time, pose a threat to myself and other people, that is, pressing the activation button of an atomic bomb.

The spiritual world differs from our world in that in our world a person can perform ugly, unconscious actions, without understanding what he is doing. In practice, this is how we all act because the spiritual world is hidden and the consequences of what we do are hidden from us.

I do something and what comes out, comes out. Therefore, we are marking time and are very limited in our actions, which do not have any proper development because we do not see it, do not feel it.

But after crossing into the spiritual world, we feel completely different. We see the results of our actions, and if we fully agree with them, then we start implementing them.

A person starts to act according to the knowledge acquired and his soul grows. The soul is the knowledge of the upper world. Growing up, the soul gets the opportunity to act to the extent of the ever more acquired knowledge. The result is the development of the soul.

So the child’s strength increases gradually, according to the extent of the accumulated knowledge. After all, if he had received strength before knowledge, he would have harmed himself.

There is no such thing in the spiritual world. There, we get the opportunity to act only to the extent of the knowledge we acquire.

Related Material:
A Person Is Not Born With A Soul
Finding Your Soul
What Is The Soul?

New Life 1132 – What’s Special About Love Of Others 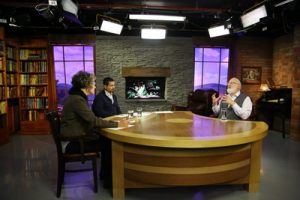 New Life 1132 – What’s Special About Love Of Others
Dr. Michael Laitman in conversation with Oren Levi and Yael Leshed-Harel

Love is built through mutual concessions. Naturally, my heart is full of concern for myself. Making space in my heart to care for others is called love. For example, when spouses promise to give each other space in each of their hearts, together, they can build the middle line between them. This can only happen if they both set the mutual spiritual goal—divinity, or the upper force—above their own, individual, egoistic desire to receive and enjoy.
[249169]
From KabTV’s “New Life 1132 – What’s Special About Love Of Others,” 7/2/19