“Are We Heading Towards World War III?” (Quora)

Michael Laitman, On Quora: “Are we heading towards World War III?“

We live in unprecedented times. In our era, humanity is becoming increasingly interconnected, and together with this growing connection, we discover more and more inner resistance, rejection and opposition. Moreover, today we also see that we have no idea about what to do about our growing division. 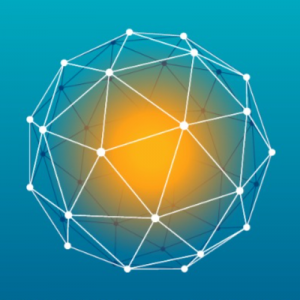 In the past, we would settle our growing divisiveness with war. Nations and states found direction and motivation in their mutual conquest for control and governance over other nations and peoples.

Today, however, we see no media discourse about war as a solution to our problems. It also becomes increasingly clearer to world leaders that war will solve nothing. Governments are finding that they cannot even control their own populations, and so the idea of taking over and controlling other nations becomes all the more elusive.

People are realizing that we have no energy to go to war, yet at the same time, governments continue to strengthen their military forces.

Wars between countries have become replaced by cold wars within nations, where increasing divisiveness and polarization lets no one rest, especially among the countries’ leadership ranks. Country’s leaders today have to deal with ever-strengthening political opposition striving to bring them down. In such a situation, countries engage more in internal struggles, and less on external enemies.

At a bird’s-eye view of such development, we see how nature constantly increases our interconnection and interdependence, and until we adjust our attitudes to match such connection positively, then we experience it negatively. While war is a tragic and unfortunate phenomenon, it was also seen as a solution that provided direction and motivation to mobilize countries in the past. Today, however, through the process of increasing connection on the outside and increasing division in our attitudes to each other on the inside, nature is exhausting us. This growing helplessness of world leaders and their populations are making divisions between countries less important than the divisions within countries, and it is ultimately growing a desire in us for sincere connection. We will eventually come to see that only connection above the divisions can bring us peace, balance and harmony.

The point where both world leaders and their populations will feel helpless, and that control is out of their hands, is called “the recognition of evil.” It is a phase that we need to undergo toward a more positive connection and sensation of livelihood. This phase takes place in order for us to develop a sincere desire to connect above the divisiveness.

Through increasing division, we evolve in our understanding of what unity means. In the past, we related to unity in terms of families, tribes and nations. Today, unity needs to be revealed on a much broader scale, which is defined not as unity of one group against another, but unity above division.

Therefore, if we understand the principle of unity above division, how to approach it, and know how to invite the fundamental force of connection dwelling in nature that has the power to connect us, then we will be able to realize a new harmonious state in humanity: the unity of humanity upon the forces of division within every one of us.

Tu BiShvat (15th of Shevat) is a holiday called “The New year of the trees.” On this day, trees begin to awaken to life in anticipation of summer, of the New Year.

It is written that man is like a tree in a field. Therefore, Tu BiShvat symbolizes the beginning of the blossoming of man, of his spiritual development.

There are four New Year celebrations during the year on four levels: still, vegetative, animate, and human. The New Year of trees refers to the vegetative level, which is not still but grows and develops, and therefore, it relates to man.

On this day, a person should realize that he himself determines his path, the process of development, and the goal. There is no coercion from above, but here at this place in the connection between us, we determine and execute our development. Therefore, we need to check whether our goal and our every step are correct. If all this is aimed at connection, then we will certainly succeed.

New Year is the time of judgment, so we need to judge ourselves and the world to determine the direct path to the chosen goal. In fact, we should judge ourselves every day, but especially today, in the New Year of trees. After all, this is no longer an inanimate but a vegetative state, that is, a living state that wants to achieve something. Therefore, today we will try to think again about how to grow more and more toward the goal.
[277561]
From the 3rd part of the Daily Kabbalah Lesson 1/28/21, “Tu Bishvat (15th of Shevat)”

Related Material:
The Holiday Of The Fruit Trees
Milestones On The Way
The Fruit Of The Tree Of Knowledge

“Can You Describe Your Spiritual Awakening Experience?” (Quora)

Michael Laitman, On Quora: “Can you describe your spiritual awakening experience?“

We start our spiritual ascent from having an entirely egoistic desire, which wants solely to receive for personal benefit, and then a tiny spark of a spiritual desire emerges within us.

The spiritual desire is one of love, giving, and positive connection with everyone. However, we initially do not feel this desire as such, but instead feel it as inner emptiness among our egoistic desires. It raises deep questions about our true identity, and our meaning and purpose in life.

Existential questions such as “What is the meaning of life?” “Who am I?” and “Why am I here?” urge us to seek their answers. If these questions bug us enough, we embark on a journey through new and different environments to those we grew up in, reading all kinds of texts, and reaching out to various teachers and groups.

If we sincerely ask about the meaning of our lives, then eventually we arrive at the wisdom of Kabbalah, which was made specifically for answering that question. The wisdom of Kabbalah is also called “the wisdom of connection,” as it methodically guides a process for how to positively connect in order to discover our ultimate unification among each other and with nature as a single soul, with the force of love and bestowal dwelling in nature holding us all together.

We learn about fundamental principles of the reality that we live in: We once existed as a single soul, called “the soul of Adam HaRishon,” which shattered. The shattering of Adam HaRishon gave rise to our state as we know it in this world, where we perceive each other as separate beings, and feel detached from nature as well. 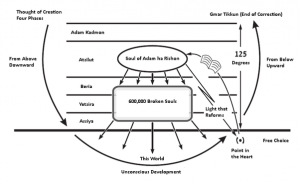 However, while we exist in this perception of separation, we have a small spark, called a “point in the heart” in the wisdom of Kabbalah, which belongs to our connected state as a complete soul before it shattered. This point in the heart awakens existential questions in us, and urges us to search for how we can ultimately discover our perfectly connected, harmonious and eternal soul.

The good inclination is one of connecting and integrating with others. By investing ourselves in such a connection, we invite spiritual forces that dwell above the point where the soul of Adam HaRishon shattered, and through the influence of these spiritual forces, we eventually reach the discovery of our true connection as a single soul. That revelation opens up to us a complete picture of reality, and a sensation of connection that is absolute, harmonious, perfect and eternal.

Together In One System

Question: Do we influence the rest of the people by the fact that a large enough number of people are studying Kabbalah?

Answer: Of course! We are in one single system, as if in one spiritual body, we are mutually connected, and therefore, directly influence each other.

Suddenly I receive messages from Japan, China, Iran, Chile, and so on, that is, from completely different, opposite points of the earth where people are beginning to feel the emptiness of today’s life and see in Kabbalah the only opportunity, the only means, to change it.

I hope that those who read and listen to us will understand that Kabbalah offers them something incredible, amazing. Moreover, it does not oblige them to anything in any way.

You can stay as you are in your profession, in your life, in your religion, in your studies, in your leisure, in your habits, it does not matter in what. This has nothing to do with anything. Just begin to understand, to realize, to become familiar with the fact that you have an additional part that makes you an eternal perfect being.
[277273]
From KabTV’s “The Power of The Book of Zohar” #3

Related Material:
Belonging To One System
In One System
Everyone Has A Place In The General System Of Adam

Question: To what extent are different spiritual states, ascents and descents measured as our feelings inside the ego?

Answer: There are states that we feel in the ego that is not corrected yet. These are preliminary sensations.

The complete revelation of the Creator to a person is the goal of creation, the goal of our development.
[241842]
From KabTV’s “Fundamentals of Kabbalah” 12/9/18

Related Material:
How Is A Spiritual Ascent Felt?
When Your Ups And Downs End
Descent – Ascent

For The Sake Of Connection

Question: If there is nothing unnecessary in the world, then must lies also exist?

Answer: Different opinions between people are great. The problem is that they do not know how to work on this difference of opinion in order to come to a common denominator.

Question: What advice can we give them?

Answer: There is no advice. We should learn to rise above our egoism for the sake of connection, which should be the most important thing for us.

Question: So is it justified to lie for the sake of connecting society?

Question: It is written that the truth grows from the earth. Why?

Answer: It is because I come from the lowest level, egoism, and want to achieve the highest level, altruism. This upward movement must be strictly vertical and constant. This is how you should educate yourself. Then we will really reach a good connection with each other at the upper level.
[276976]
From KabTV’s “Spiritual States” 4/22/19

Related Material:
Each With His Own Truth
Truth And Falsehood From The Perspective Of Kabbalah
Lie And Truth, Part 1

How Will It All End?

Question: The wisdom of Kabbalah destroys the balance of our egoistic nature. It would be interesting to know, how this can end for human nature?

Answer: This may end up in quite a predictable way, and I hope a solution is close.

We should use both egoism and altruism. Everything should be in moderation and in balance. And a person will have both of these forces.
[276992]
From KabTV’s “Ask a Kabbalist” 3/20/19

Related Material:
Two Forces, Emanating From The Creator
Between The Desires Of The Heart And The Arguments Of The Mind
Strive For Balance

Lesson on the Topic of “Mingling/Inclusion”