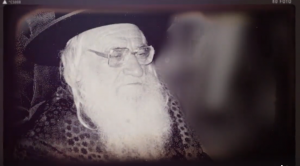 In spiritual work, the degree or state that was attained is zero in relation to the following state, measured as an addition to the preceding state. Each subsequent state must be greater than those experienced in the past—that is how we enter spiritual life.

If success carries on for longer than a moment, it turns into a regular ego-state and is not deemed aspiration to the Creator, spiritual work. The group should care about a new spirit appearing in it each time. If the impression from what was attained is prolonged—it becomes tasteless.

The states have to change like breathing: inhale-exhale. We mustn’t consent to a lack of renewal. The congress is a huge leap forward, followed by a drastic descent. Everything depends on our connection with each other and not on each person’s immersion inward.

Spiritual work is ever greater unity of friends in the group. Strive to attain unity faster, then the upper light will reign between us. We must make efforts to unite so the force of unity will be revealed in us till the force of love—this is already the Creator!

A spiritual state ends the moment I feel it. If I feel it, that means it’s already over! The previous state was given to us by the Creator, who organized a congress and ensured its success. Now we must thank the Creator for the example and carry out the work on our own.

One mustn’t think about the past state (congress)—that would be Klipa. We must rather strive toward ever greater unity. This will no longer be felt like before, since the Kli is always changing, and we will attain a new state within the unity.

After fulfillment by a spiritual sensation, emptiness and weakness come. The most important thing in this state is to understand that this is a necessary change of states. You reveal new uncorrected desires of your soul. They were concealed, and now you must add them to those working for the group and the Creator.

A person feels empty when the Creator moves farther away from him, in order to impart him with a feeling of space between Himself and the person. It’s like a deer running away that turns its head back, calling the person to follow him. Descents show us the place of coming closer! Our work is precisely in them!
From Twitter, 3/3/20

Is Love Without Hatred Possible?

Question: I am sure that hundreds of thousands of your students around the world feel love for you, disassociated from hatred.

Answer: Love without hatred is impossible. If you feel only love, it means you have not yet realized that within this love there is unrevealed hatred. Both feelings must be together.

Just as, let’s say, there is no positive particle without a negative one in nature; there is always an opposite particle to it, and they are connected accordingly. It is the same with us. Hatred must be revealed alongside love. We build love above the hatred.

Moreover, we will be unafraid of this hatred because it will become an indicator of our recurring remoteness and closeness. Thus, we will be in dynamic closeness with each other.

My Response: I assure you that it exists. Do you know when it will appear? As you advance, you will soon feel that you have demands from the teacher, that you disagree with him, that you are ready to literally shake him to get what you think you need and he does not give. It will come.
[259711]
From KabTV’s “Fundamentals of Kabbalah,” 12/29/19

Related Material:
Love And Hate
Complaints Against A Teacher
There Is No Love Without Hate

“What Is A Black Hole? How Can We Understand It?” (Quora)

Michael Laitman, On Quora: “What is a black hole? How can we understand it?“

What we know about black holes is that inside them, time stops, laws of physics do not apply, and their gravitational field consumes everything, including light.

In our world, we live within three dimensions: time, space and motion. Each of these dimensions conditions the other.

The human mind can comprehend nothing beyond these dimensions. We can make measurements, receive results, and even build models, but in our current limited perception of reality, we are unable to piece together the whole picture.

According to the law of equivalence of form, it is in order to understand that reaching a different nature requires attaining its qualities.

This is where the wisdom of Kabbalah can help us. Kabbalah gives us an opportunity to expand the boundary of our perception and receive an additional sense with which we can penetrate the unknown. We will then be able to perceive exactly what is inside a black hole, and how we observe from that point.

We live below the speed of light. If we take the universe into consideration, we seem to be very primitive, as being under something means being completely ruled by it, controlled by this light that we exist within, and unable to realize an independent sensation of ourselves within this reality.

However, by becoming closer to the qualities of the light and rising above our nature, we will then gain complete knowledge and sensation of our universe, including what we now perceive as the secrets of the black holes.

Development Of Egoism And The Method Of Connection, Part 3

The Development of Egoism Is a Law of Nature

Question: It is written, “For the inclination of a man’s heart is evil from his youth.” Why from youth?

Answer: Egoism begins to develop in a person from youth. We see this in modern children. Previously, children were friends, played together, and connected to each other. And now this does not happen.

Today, children are constantly competing, suppressing each other. It comes from their nature, they are born this way. Up to the age of two or three years old, they are still absorbed in themselves, and when they begin to notice the world around them, and first of all, their own kind, they have a desire to take everything that others have.

The development of egoism is a law of nature. As a consequence, there is separation between people.
[259841]
From KabTV’s “Fundamentals of Kabbalah,” 7/1/19 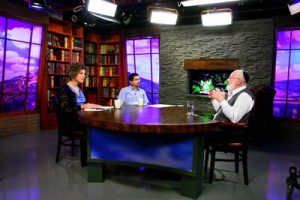 Israelis live in a bubble because we do not feel reality as it is. We are prideful and self-centered. We have a strong ego and enjoy looking down on everyone else. Nevertheless, we imagine a picture that we like in our minds and perceive ourselves differently than how others perceive us. Only troubles can get us out of this bubble, connect us, and help us realize our destiny. By nature, Jews are different in that we have a tendency for connection and love of others. We are hated because we are not showing others how to achieve correction, perfection, and connection. If we connect, we will reveal the upper force and every goodness for humanity.
[258889]
From KabTV’s “New Life 1198 – The Israeli Bubble,” 1/7/20

Lesson on the Topic “Continuing the Congress With an Ascent”