We Jews, the bearers of the tenet “love your neighbor as yourself,” must rise to the challenge, put down our internal disputes and unite above them. 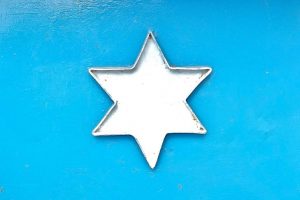 We have just entered the period of time called “Bein ha-Metzarim” (“Between the Straits”), which begins on the 17th of Tammuz and ends on the 9th of Av (Tisha B’Av), during which we commemorate the destruction of the First and Second Temples. This special time could never be more pertinent than now. The ruin of the temples, in fact, symbolize the shattering of our human relations—a true reason for mourning—but we can also find joy in the situation if we recognize it as an opportunity to rebuild ties of unity between us.

Repairing the current political divide in America, especially during the already exacerbating campaign climate of the 2020 election, has nothing to do with Trump, specific members of Congress, or either side of the political spectrum. The problem is much wider and deeper. The divisions are between American Jewry and the Israeli nation, between Muslims and Jews, and within U.S. society as a whole. The myriad aggravations signal an urgent imperative for change in human relations that Jews must initiate and lead by rising above all the divisions that separate us.

Why must Jews lead the charge? It is because the Jewish people possess precisely what America and the world desperately needs: the key for a cohesive and harmonious existence. Jewish unity must now be our first priority. It is the historical purpose of Jews to demonstrate unity within their ranks as a model of corrected social relations for others to follow.

We became a nation at the foot of Mount Sinai only when each person present accepted the condition of being “as one man with one heart.” In the centuries that followed, Jews practiced principles of connection enabling them to rise above their differences for the creation of ideal social cohesion and unprecedented human development. It was only during the long exile that followed the ruin of the Second Temple that this unity was forgotten.

Therefore, why should we mourn the destructions of Tisha B’Av at this particular time?It is because, since the 16th century when the great Kabbalist, the Ari (Rav Isaac Luria), declared the opening of the process of correction for all humanity, our negligence in repairing the shattering perpetuates the destruction. By delaying this process we block the building of the Third Temple, meaning the correction of the shattering in our connections. Our state of shattered connection is what’s truly considered the ruin of the Temples, a state in which we have lost consciousness of ourselves as a single entity.

Thus, there is both great joy in our opportunity for correction that the shattering brings us while, on the other hand, there is sorrow over our fragmentation under the forces constantly emerging to damage our connection. Our state is a manifestation of the principle that, in spirituality, we always encounter two opposites in the same place in order to advance.

Now is the time to be proactive. We Jews, the bearers of the tenet “love your neighbor as yourself,” must rise to the challenge, put down our internal disputes, and unite above them. As King Solomon stated: “Hate stirs strife, and love covers all crimes” (Proverbs, 10:12). This is the true and positive call to action that we should take from this special period of reflection. It is the one act that will guarantee our safety and happiness in America and wherever we live.
[250457]

The Importance Of Disseminating The Wisdom Of Kabbalah To The World
Podcast Powered by podPress (v8.8)