The Structure Of The Universe, Part 7

Upper Worlds—Degrees of the Revelation of the Light

Question: Are different degrees of concealment of the light of the Creator called worlds?

Answer: The revelations of the light of the Creator in me are called worlds. “Peace,” in Hebrew: “Olam” (Alama) is from the word “concealment.”

Question: So this is not about some worlds like we think of worlds?

Answer: No. There are no physical parameters in them. I feel them only in myself, in my desire.

Question: Kabbalists divided this into five worlds. Does this mean that if I conceal the light of the Creator from my desire to receive by 100% it is the highest world of Keter? 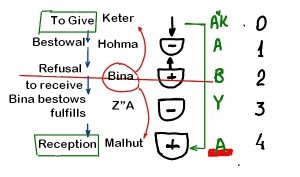 Question: Do all these worlds come before the creation of our world?

Answer: Our world, as they say, is illusory. It is as if it does not exist in the spiritual world because it is fully built on receiving. It is the preliminary stage of the world of Assiya (the red rectangle in the drawing)—a supposedly existing state.

Question: Who described these worlds and when did they do so?

Answer: Kabbalists have been describing all this for thousands of years. The first discovery of the worlds was made by Adam. What has reached us and is described in the Torah was written by him and his students Shem, Ham and Yefet.

Question: So this information has existed for thousands of years?

Answer: It is almost 6,000 years since the time of Adam. This knowledge has been passed on from generation to generation: 10 generations from Adam to Noah, and from Noah to Abraham another 10 generations, and then, as described in the Torah, from Abraham to us.
[248228]
From KabTv’s “Basics of Kabbalah” 11/27/18

“As An American Jew, I Am Horrified By The Anti-Semitism And Racism…At What Point Does It Make Sense To Leave The US?” (Quora)
Podcast Powered by podPress (v8.8)