Why Is There So Much Anti-Semitism On The Internet Such As In YouTube Comment Sections And Social Media? (Quora) 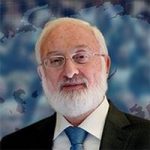 Michael Laitman, On Quora: “Why is there so much anti-Semitism on the Internet such as in YouTube comment sections and social media?“

I don’t think that there is a particularly unique role of the Internet in relation to the rise of anti-Semitism. It is simply a platform for people to express whatever they feel, and they can write as much as they want there. However, anti-Semitic comments on this electronic medium are merely an expression of anti-Semitic sentiment that has been around for generations, regardless of the Internet.

Anti-Semitism is a natural phenomenon depending solely on the Jews. The world is under nature’s governance, and Jews hold the potential to be above nature in their ability to bring themselves and the whole of humanity closer to the revelation of the upper force.

What does it mean that the Jews have the ability to be “above nature”? It means that the Jews became known as “Jews” through the spiritual unity (“love your friend as yourself”) they discovered under Abraham’s guidance in ancient Babylon (the Hebrew word for “Jew” [Yehudi] comes from the word for “united” [yihudi] [Yaarot Devash, Part 2, Drush no. 2]). Such unity is considered as above nature, because

The Jews lost contact with this spiritual nature about 2,000 years ago when they went into exile and dispersed around the world. However, the fact that the Jews once attained spiritual unity remains latent within them, and as the need for such unity starts becoming sensed on a global scale—with a lot of problems revealing worldwide that have no comprehensive solution but in rising to a higher, spiritual level—then there is an increasing demand on the Jewish people by the nations of the world, who subconsciously expect a solution to their problems from the Jews. Thus, anti-Semitism rises in order to pressure Jews around the world to wake up to their role.

“Tisha B’Av, Rising Above the Straits” (The Times Of Israel)