“Why Has The Public Become More And More Indifferent?” (Quora)

Michael Laitman, On Quora: “Why has the public become more and more indifferent?“

The more the human ego grows, the more indifferent we become to each other.

Contrary to popular belief, we are no more gentle and sensitive than our previous generations. In the past, people were more concerned about their families, their children, and their grandchildren. Past generations planned several years ahead. Today, it has become rarer to even care about what happens one year from now, i.e., such a thought awakens no emotional response. We relate to it as if “Whatever will happen, will happen,” and just continue living on. 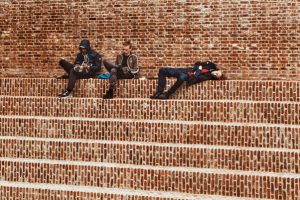 We have to recognize how our egoistic nature causes such indifference and insensitivity. The ego adheres to the present moment, and cares about what will happen to itself the same day, and not about tomorrow.

Things were not so obtuse mid-last century. After the Second World War, people cared about the future, and planned developments several years ahead.

In our present times, we find ourselves stuck in an impasse, as it takes a lot more to impress us, if we get impressed at all. We have to reach a decision that we need to change the world by changing ourselves in order to make our lives better. However, for the time being, we are not moving in such a direction.

Pharaoh – The Reverse Form Of The Creator

The whole wisdom of Kabbalah is how to correctly perceive the nature we are in. We do not change anything in reality except for our attitude, the perception of the world we live in. There is no way we can change reality itself because that is like wanting to change the universe.

We discover that we are inside the forces of nature called the Creator or Pharaoh, depending on our perception. Pharaoh and the Creator are two opposite forms of the same upper force.

Therefore, everything depends on the person. If I accept everything by faith above reason and reveal the Creator in everything, then the Pharaoh seems to disappear. Pharaoh is the incorrect form in which I see the Creator. But as I change, correct myself, and begin to reveal my force for the sake of bestowal, I see that the whole world is in bestowal and love, and there is none else but the Creator. And there is no Pharaoh!

The Creator says, “Let us go to Pharaoh, for I have hardened his heart.” Because He reveals Pharaoh as the most evil force in creation, He obliges the creatures to reveal the Creator.

The Creator says to Moses, “Let us go to Pharaoh, for I have hardened his heart.” It is as if he is hiding behind the Pharaoh, and instead of the Creator, Moses sees the Pharaoh: strong, domineering, terrible. But why is this necessary? In order for Moses to need the Creator, His help. And so the Creator hardens the heart of Pharaoh, makes him great and terrible, so that Moses is afraid of this monster.

The force of Pharaoh is growing, and we have no choice but to run to the Creator for help. We want to hide in the Creator, hide under His wings, so that the Pharaoh cannot reach us.

Pharaoh brings us closer to the Creator, to liberation. Who gives the people of Israel all the strength, all the vessels, the desire to get out of Egypt? Pharaoh! Pharaoh raised Moses and organized everything for the escape. Pharaoh is the power that acts on us during our exile.

Pharaoh prepared us for the exit from exile: he organized us, built us, raised us. And when the time comes to get out of exile, he increasingly passes power to the Creator, until we completely get out of the power of the Pharaoh and cling to the upper force, which is called the Creator. With Him, we continue on, and Pharaoh ends his mission.

Related Material:
Why Did The Creator Harden Pharaoh’s Heart?
The Creator Brings The Pharaoh To Us
When You Get Close To The Creator, You Raise Pharaoh

Creative Partnership With The Creator

Question: What is a creative partnership with the Creator? How should we develop this attribute in practice?

Answer: We need to reach a state where we become partners with the Creator. This is true. A creative partnership with the Creator comes down to the fact that we try to convey the Creator’s attitude to the world. This means that we draw people to recognize the Creator, to participate in creating such relations between people in which the Creator will appear and be revealed.

We create a place in which He can appear, He reveals Himself to us, and in this, we are partners. We together create a place where the Creator can be revealed and we become partners, united in one idea. The more we reveal Him to ourselves and the whole world, the closer we get to the absolute spiritual state.
[246056]
From KabTV’s “Fundamentals of Kabbalah” 1/20/19

Entering A New Level Of Existence

As humanity is developing, it has gradually come to a state where it is trying to break through from the introverted existence into the extro one, to come out, to break our past framework, to break away from all the animal that is in us, from all the conventions that were between us.

We want to make a radical reassessment of all values and reach a completely new level of existence where I detach myself from my body.

All attempts to find life in some other form indicate that a person needs to rise above himself. This endeavor must be crowned with success. But now we are still in an intermediate state.

Of course, the world is very confused and does not understand itself. But Kabbalists who see the whole perspective of development and know what is going to happen are happy about such a rapid change in the world, a change in people’s consciousness. They try to explain to them what is happening so that a person in these states does not walk in the dark.
[279926]
From KabTV’s “Close-Up” 11/8/09

Lesson on the Topic “They Helped Everyone His Friend”