“The True Recovery Treatment For An Aching Europe” (Thrive Global)

The need to implement these laws of mutuality and integration is now more evident in the coronavirus era than ever before. 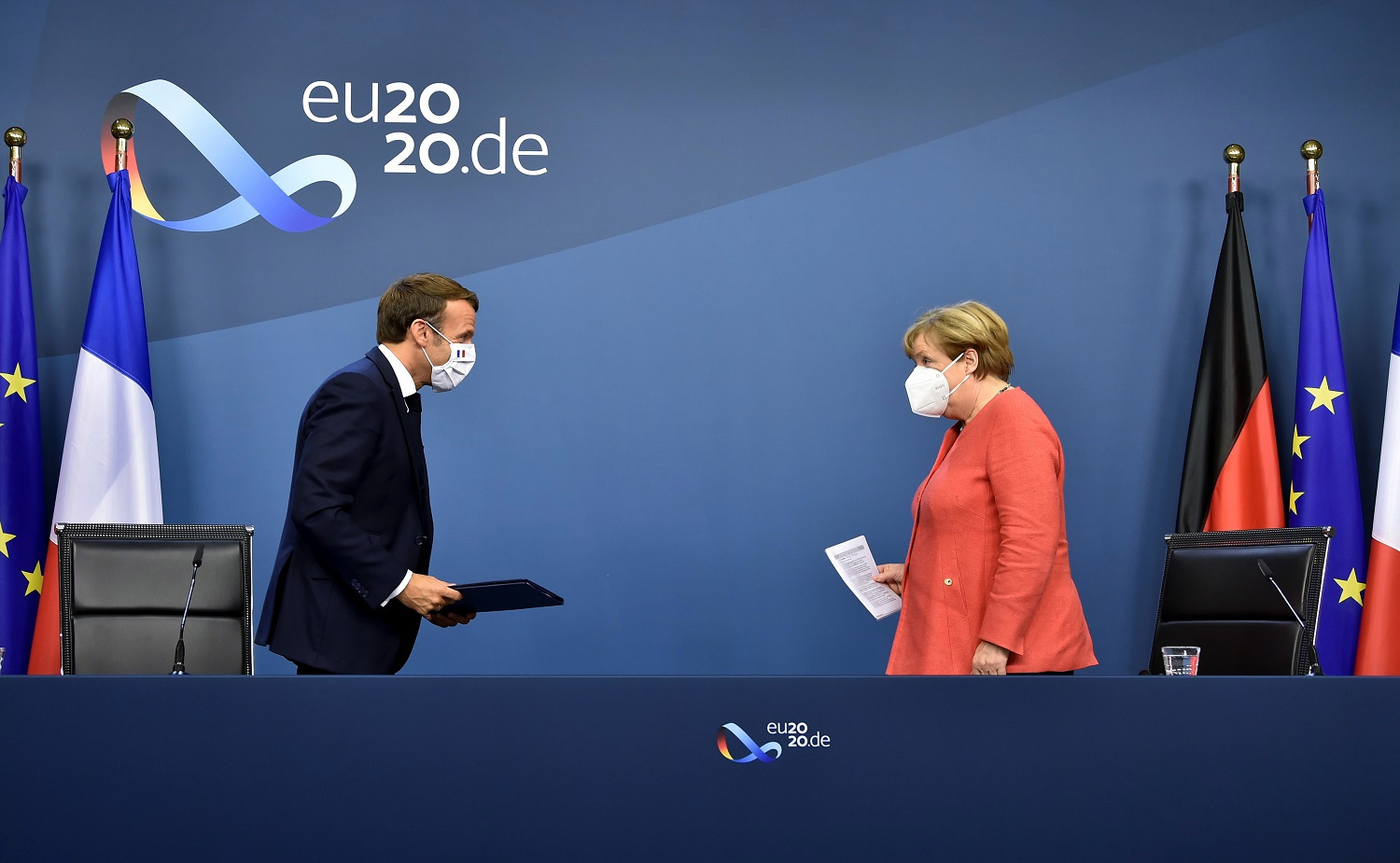 German Chancellor Angela Merkel and French President Emmanuel Macron leave after their joint video press conference at the end of the European summit at the EU headquarters in Brussels, Belgium July 21, 2020. John Thys/Pool via REUTERS

Europe’s nerves have not been calmed by the pompous announcement of an unprecedented stimulus fund to rebuild the continent’s economies severely damaged by the coronavirus pandemic. The sharp recurrence of cases in countries such as Spain, France, and Germany, which were thought to have COVID-19 somehow under control, has proven that the virus and its devastating effects are not vanishing any time soon. The problem will not be remedied through the unity of Europe’s pocketbooks but through the unity of people’s hearts.

The $2 trillion infusion into the European economic system was agreed upon by the 27 leaders of the Union as grants and loans to the continent’s hardest hit member nations. The massive deal, still waiting to be ratified by the EU Parliament, has been promoted as the birth of a new Europe, but the fund’s conditions and disbursement plan have raised eyebrows among its opponents within a bloc who consider the medicine worse than the sickness.

Human society has emerged as an integral global system binding together nations, economies, and cultures, and thus, the problems that Europe and the world experience have the same common root: narrow and cruel egoism.

Although the recovery package may appear to be an important response to Europe’s most pressing needs, the deal in the best of cases can only provide a cosmetic solution. Why is it so? It is because, as expressed decades ago when the bloc of nations was created, a match among such partners could not give birth to any good result. As it is written, “The dispersion of the wicked is good for them and good for the world.” (Mishna, Sanhedrin 71b.) By “wicked,” our sages meant those controlled by their divisive egoistic nature of self-benefit at the expense of others. In other words, the European Union is only a camouflaging cover for a false unity, and it will continue to be so until people’s selfish nature is changed.

European imbalances and the bloc’s internal egoistic disputes will not allow members to connect wholeheartedly. They are dry-hearted toward each other. Since the EU’s foundation, its members have not truly shown care for each other’s prosperity and stability, nor have they exerted efforts to raise future generations to become more responsible and caring for each other than our current one. Thus, as long as the person’s egoistic nature remains unchanged, there can be no authentic change in society either.

Nonetheless, the coronavirus pandemic constantly reminds us that we have no option but to move in a different direction, toward a more genuine unity among people than ever before. Human society has emerged as an integral global system binding together nations, economies, and cultures, and thus, the problems that Europe and the world experience have the same common root: narrow and cruel egoism.

The remedy for these problems can be found in an educational method specifically devised to transcend the problem of this underlying egoism. Therefore, the crisis can only be solved with a comprehensive approach that includes human connection as the pivotal factor for enabling a long-lasting solution to the problem. Without human relations deeply rooted in integration and true concern for the other, all bombastic revamps are destined to fail.

Had the EU plan included a main clause calling for education, or a paragraph demanding the spread of new human relations across the continent, or even an appendix declaring an intention to bring citizens closer together, one could still nod and agree that there is a chance that something could work out. But there is no such basis in the agreement, no inclination toward connection, and no motion to abolish the ego. Thus, we can expect nothing good to come out of mere technical actions, from a signature on a document.

Even if the EU had a billion more euros to invest, the decision still would not have yielded positive results. On the contrary, it would have led them to even stronger resistance and clashes, to wars and harsh struggles, and to outbreaks of new plagues.

It is because the stimulus plan fails to take society’s balance with the laws of nature into account, laws that operate as an integral system where all parts, regardless of their dimension and status, fulfill a necessary role and complement each other in the system’s proper functioning.

The need to implement these laws of mutuality and integration is now more evident in the coronavirus era than ever before. Now, nature necessitates that we realize the bankruptcy of our past egoistic systems in society, and rise to a new unified consciousness. Even a simple thought in the direction of true unification would be a big step, not only toward the birth of a new Europe, but toward the birth of a new world.
— Published on July 27, 2020
[268396]