From Mumbai To Berlin

From Mumbai to Berlin: I ended my visit to India, where I met with the Jewish community and various personalities, and now I’m on German soil. The gap between a third world country and a developed Western country is huge. It is remarkable to see how there can be two opposites like this on a single planet.

In India, I witnessed swarms of people living in miserable huts and shabby shacks, neglected children roaming the streets, and suffering unbearable crowdedness and stench. It’s neither day or night. Everything goes on around the clock, almost without any reference to time. In Germany, however, everything runs smoothly like a clock. Luxury towers of high-tech companies, sparkling buildings, preserved history and high-quality computing.

I have no criticism of the Indians. In relation to the Germans, they are much softer, good hearted and have no urge to harm others. But the differences clearly indicate that the world has everything in it. Nothing is missing—not money, not food, not clothing—only positive connection between people, a relationship based on mutual consideration.

India doesn’t need to build lavish factories or resemble Western culture, nor should we underestimate the needs of the German nation. Every nation should remain in its natural disposition. All that’s needed is to infuse the world with a spirit of unity; education and awareness that will generate a positive balance. The forces for such a significant change can be derived from the study of Kabbalah.

Read more about my journey in India:
The exciting encounter with the guru
The meeting with the Jewish community
Pushkar intro lecture
India in the fog
Indian wedding 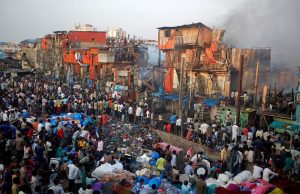 The Correction Comes From Above, The Right Request Comes From Us
Podcast Powered by podPress (v8.8)