“If you asked Jews twenty years ago whether a Holocaust could happen in America, you would get a unanimous answer: “impossible, not in America,” said Dov Hikind, founder of Americans against Anti-Semitism. “Unfortunately, a holocaust is possible in America. It may not look the same, but if we post a petition calling for Jews to be sent to concentration camps in America, many will sign.”

If there was a time when we were certain that the Holocaust could never return, and that anti-Semitism was a passing phenomenon, then we should sober up and understand that things will only get worse.

In the United States they throw coins at Jewish children because “Jews love money”; a group of ten attacked a young Jew in Berlin; the head of Chabad was attacked in Argentina; an Israeli pavilion was destroyed at an exhibition in Prague; a bullet was shot at an 80 year old woman next to a synagogue in France, and her head was harmed. We can go on and on.

Clearly, these examples from the past two weeks are only the tip of the iceberg. Behind them are hundreds and thousands of cases that are never reported. “Jews are attacked physically and verbally – and people are silent,” Hikind concludes.

In order to deal with the growing problem of anti-Semitism, we must understand the root of the phenomenon, or in simple terms: What makes people hate us?

According to the wisdom of Kabbalah, the irrational hatred of the Jewish people over generations stems from the special role of Jews, to show all of humanity how to unite. We carry a method of human connection, the key to a good and happy life for all people.

As long as the Jews do not fulfill their role, all sorts of suffering increases in the world. Subconsciously, the whole world feels dependent on the Jews, and this is expressed through accusations, slander and a burning hatred, as it were, without justification. But the truth is, that they are right.

The Jews have nowhere to escape. We must begin to recognize the role and responsibility on our shoulders, and realize the rule of “Love your neighbor as yourself.” Only when Jews will demonstrate how to achieve a higher level of human connection, they will alleviate the hatred of the world towards them. And the sooner the better. 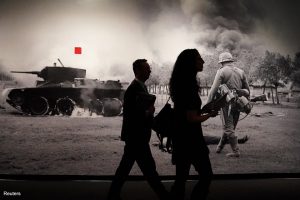