4th Of July, Time To Celebrate And Reflect

American pride is at its lowest since it started to be measured about two decades ago. That is the conclusion of a recent Gallup poll showing that only 70% of US adults say they are proud to be Americans. Fewer than half (45%) are “extremely” proud. This marks the second consecutive year that this percentage falls below the majority of the population. The discontent is mainly attributed to the current state of the political climate and social wellbeing. Therefore, this 4th of July marks a good opportunity for reflection on the future Americans want for the country before the divisions intensify to a painful climax. Only a common sense of unity can avert such a dire path.

America’s escalating politically-based divisions are becoming increasingly virulent every day. The situation seems so volatile that a social explosion could ignite suddenly if political passions manifest as physical violence or killings from one side or the other. Of course, we hope that this will not happen because it could rapidly destabilize the entire country.

Today, America is under major pressure from inside and outside the country. Internally, immigration policies and their implementation are increasing political and social tensions; the divisions between immigrants of European origin and others are becoming more dramatic; and the rapidly-growing Muslim population is reshaping American society. There are many different interest groups in America that hold no perception of themselves as part of one unified body under the same roof.

As part of the evolution of any society, human egoism grows and every group makes exaggerated demands for its own benefit at the expense of others. If no efforts are made toward uniting for the sake of a common enterprise, then I fear for America’s positive future. Money, weapons and laws will all be of no help.

Externally, Europe is distancing itself from America and moving closer to Russia and China, losing its independent hegemonic power and strength in the international arena. Such a scenario might become a dangerous situation for America considering the ability of foreign interests to debilitate the US industry and social fabric for their own gain.

President Trump has taken US economy to record level highs but it is insufficient without the implementation of a social agenda for more national cohesion. So far, there are no signs pointing in that direction. Therefore, internal political forces will take advantage of this vacuum to create even more tensions and separations to the point of a social outburst.

Given the current state of affairs, what does America’s positive future depend on? America’s positive future depends solely on strengthening its social fabric so that people can disagree and maintain their differences while still allowing the wellbeing of the American family to prevail above their feuds. Unity should be the centerpiece around which other agendas gravitate.

Conversely, a coldhearted and hostile social atmosphere enslaves each interest group to their selfish demands and blocks their entrance to the pursuit of liberty, happiness and a prosperous and peaceful life for all. That lofty goal can only be achieved when the common interest is fulfilled by every stakeholder.

As written by foremost Kabbalist Yehuda Ashlag, “if all the nations of the world consent that no man should care for himself but only for others, war shall cease to exist” (“The Writings of the Last Generation”). 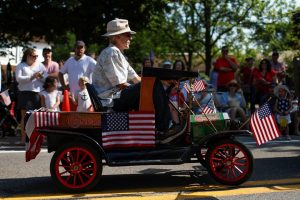 Nothing Is Worse Than Indifference