A Heartfelt Request to My Readers

Thank you for visiting this blog and taking part in it.

I have no choice but to skip the recurring questions, as otherwise the blog will turn into a list of questions and answers. Still, I am really trying to create a different structure for the blog.

I persistently ask you to study the blog from its beginning to end. I assure you that you will find answers to practically all your questions, and your diligence will be rewarded.

With love,
The author.

My articles are being published every month in the Mexican newspaper La Zona. Here is one of the most recent articles: 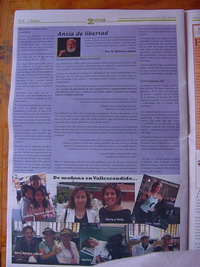 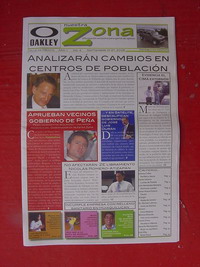 The Healing Effect of Catastrophes

News Report (translated from gazeta.ru): Many countries, including Russia, received a boost of energy and confidence during the years of the raw material boom. For these countries, the financial instability that has swiftly spread all over the world has showed just how interdependent everyone in the world is, and has also outlined the limits of economic possibilities, and consequently – of the geopolitical possibilities as well.

Ideally, for powerful countries around the world, including Russia, the financial crisis can become an incentive to recognize the collective interests and the need for diversified actions as well as a rejection of egoism, which is presently inherent to all the people in the world without exception. However, in order for this to happen, people need to seriously realize that there is an impending catastrophe. Unfortunately, for now they don’t realize this.

My Comment: Of course, we can sit and wait for the crisis to turn into a catastrophe, and to bring about Nazi regimes in the developed countries, as well as a world war. This will make humanity realize our common, collective dependence, as well as the need to reject egoism. They will then look for a way to correct human nature, and finally reveal Kabbalah. But this is the path of suffering.

The alternative path is to spread the method of egoism’s correction around the world today, and to implement it.

Does Soccer Have a Spiritual Root?

Two questions I received on soccer and Kabbalah:

Question: Soccer draws the attention of many people. What is its spiritual root? I heard that you once drove by a soccer field with Rabash, and he said that it is a special place because it brings joy and pleasure to people. Soccer is full of corporeal, egoistic desires of the fans. What kind of ascent did Rabash see in this place? Maybe his words were a joke or a parable, or is there really a spiritual root to soccer?

My Answer: What’s important is not the game of soccer, but that a person receives pleasure from life. And this pleasure, of course, comes from the Creator. There are many parables like this.

If a person’s point in the heart – the yearning for the Creator – hasn’t surfaced yet, then he exists in exile from spirituality,even without being aware of it. As long as he is in this state, he enjoys the small pleasures of this world, called “a weak glow.”

Here we are talking about people who are not yet ready for spiritual work. The Light gathers people together and gives them some contentment – and hence it is a special place. By being there, they don’t harm anyone, but on the contrary – unite with each other.

Question: What if I want to be a soccer player and a Kabbalist at the same time?

My Answer: Give it a try!


Filed under: Sports - No Comments →

A question I received: What Is your opinion on the negotiations to divide Jerusalem? Are you for or against its division?

My Answer: I don’t have an opinion of my own; I accept the opinion of the great Kabbalists. Baal HaSulam writes: “If the people of Israel will accept the laws of Kabbalah, then it will be possible to build the Temple and bring back all the past glory. And of course this would prove to all the nations of the world – even the Arabs – that the people of Israel have the right to return to their land. This will be very different from the present secular repatriation, which does not impress the nations of the world. We need to act quickly, or else they might sell Israel’s independence for their own needs, not to mention giving away Jerusalem.”

He wrote this 93 years ago, when there was no talk of  repatriation yet, or the state of Israel, or our Jerusalem, and moreover – its current division. I am neither “for” nor “against” it, because I know that the only thing that will help us is our correction. Hence correction is the only thing I am “for.”

It is also written: “If you follow the path of the wisdom of Kabbalah and accept the Creator’s teaching – things will be good. And if you don’t accept it, then you will still advance toward the goal He has set, but your path will be one of suffering. In other words, wars will break out in the world, fought with atomic and hydrogen bombs, and all the nations of the world will search for counsel on how to avoid the wars. And they will come to the Messiah in Jerusalem, and he will teach them this wisdom.”


Filed under: Israel - No Comments →