My article in Newsmax: “The Disunited State of America Today” 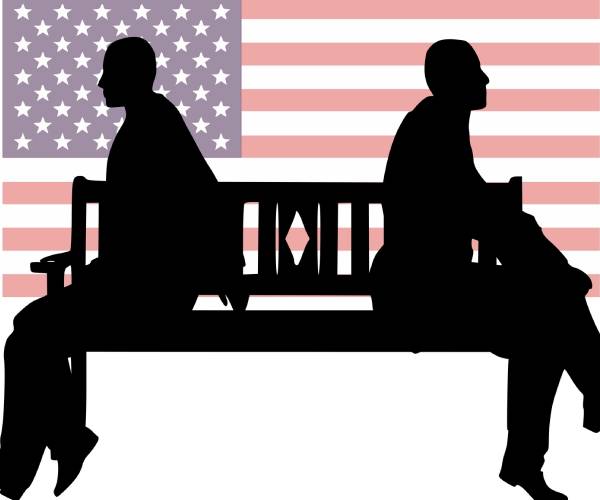 America’s bitter political divide is taking a toll on personal relations. While one half of the nation exuberantly celebrates, the other half is depressed and frustrated over questions of fraud in the electoral process. Rifts over the nation’s leadership, direction, and vision have deepened and are causing social severing into two opposing camps.

Will it be possible to find common ground under the current circumstances? It certainly is possible because we have no other alternative. It is a matter of existential importance.

A recent poll conducted by an independent research institute revealed that 8 out of 10 Republicans believe the Democratic Party has been taken over by socialists, while 8 in 10 Democrats think the Republican Party has been taken over by racists. Both sides, each from their own perspective, consider that the core values and the character of the nation are not only at stake, but at risk.

Friends have been torn apart as a result of political differences. The same has happened in families whose members have opposite views about which candidate and party has the most appropriate qualities and policies to occupy the highest U.S. office. The 2020 presidential race shows that opinions of who is more suitable to become not only the commander in chief, but the so-called “leader of the free world,” have destroyed even strong and decades-long relationships.

Such signs of erosion in personal relationships as these were identified in a survey conducted by the Pew Research Center before the elections. The survey revealed that most Trump and Biden voters said they had “just a few” or “no friends at all” who supported the candidate of the other political party.

While it is true that our environment influences our opinions and decisions, deep inside each person is born with specific tendencies and preferences. From birth we lean by nature toward a specific side, either left or right. Humanity was created with this natural symmetrical split in which every side wholeheartedly believes its perspective is the right one and the other side is completely wrong.

In short, there isn’t a single idea in the world fit to connect every single person. The common truth can only be found in the middle ground between the opposites.

Just as the Earth has a North Pole and a South Pole, nature divides people into two equal camps (as we are now seeing in the USA, for example) for a purpose. Both Left and Right will strengthen in their opposing positions. Why? Because this polarity between the Right and the Left will finally reveal to Americans the need to build their common future together, the need to discover the path between the two poles that will allow all to thrive.

The contrasting positions will together reveal a common denominator that now does not exist. In truth, the root of all reality will be revealed — a force capable of balancing the opposite sides to open space for a peaceful coexistence.

If I see that every negative and positive occurrence happens only in order to propel me toward a higher goal, I will treat both sides with equal respect, as the sages wrote, “love will cover all transgressions” (Proverbs 10:12). Reconciliation in the current state of political opposition can be found in finding a common “sweet spot” for mutual benefit, where no one gives up but everyone gives in, in order to realize the shared ideal of a thriving nation and an harmonious society.
[273771]

“It Takes Two Sides To Build A Bridge” (Linkedin)

The World Is Like A Petri Dish With Coronaviruses
Podcast Powered by podPress (v8.8)