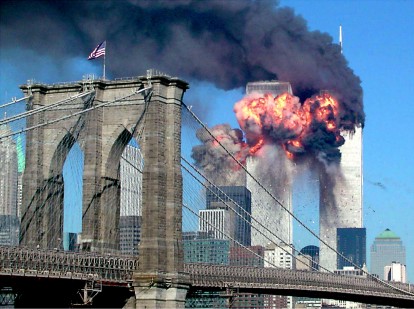 On Tuesday morning, September 11, 2001, America suffered the worst blow to its pride since Pearl Harbor. On that fateful day, nineteen years ago, nineteen terrorists hijacked four passenger airliners. They crashed two airplanes into the Twin Towers in NYC and destroyed the World Trade Center, roared a third airliner into the Pentagon (headquarters of the U.S. Department of Defense) and set its western wing on fire, and flew the fourth airliner toward Washington D.C. In that last plane, the heroism of passengers, who fought against the terrorists, prevented an even greater disaster as they caused the plane to crash into a field in Stonycreek, Pennsylvania. Three thousand lives were lost, 25,000 people were injured, and countless more suffered and still suffer from substantial health consequences in what became the single deadliest terrorist attack in human history.

America missed a chance to change its future for the better because it did not see that its heydays were behind it, that they crumbled together with the collapse of the Soviet bloc, which kept America on its toes. Now, smug and complacent, it was decaying and declining, but it could not see it yet. Today it can, but I am not sure it’s not too late.

It left not only America, but the whole world in shock. No one perceived America as vulnerable, certainly not on its own territory, and in its most sensitive and essential spots. Anyone who was old enough to understand a news bulletin will never forget where they were when they learned what had happened.

To many people, the collapse of the towers meant much more than the grief over lost and ruined lives. It implied that the 21st century was going to be very different from its predecessor and that it did not bode well for America.

The US did everything it could to prevent another 9/11 (nine eleven), as that day became known. It tightened airport and airplane security, and launched a massive manhunt in Afghanistan, where Osama Bin Laden, leader of al-Qaeda, the organization that carried out the attacks, was hiding. In 2011, after nearly a decade of frantic searching, Bin Laden was found and killed.

The security measures did help, and a second 9/11 did not occur, and not because terrorists did not try to carry one out. But as for the American way of life, nothing really changed. Any event, especially a traumatic one, brings people together. For this reason, even the most tragic circumstances can yield positive results and build a more robust and cohesive society.

For a while, America came together. The people stood behind the president when he launched the campaign against Bin Laden and when the government introduced increasingly stricter security measures. But the unity did not last and did not go anywhere positive.

The things that were hurt the most in the attack were America’s two most prized assets: money and military power. So money was poured in abundance to restore the military deterrence and to reconstruct the WTC, but nothing was done to nurture the budding sense of family, the feeling that “We are in this together, all Americans, as one nation.” Nothing was done to water the shoot, and it withered and died. Today, we are witnessing the final stages of its disintegration.

America missed a chance to change its future for the better because it did not see that its heydays were behind it, that they crumbled together with the collapse of the Soviet bloc, which kept America on its toes. Now, smug and complacent, it was decaying and declining, but it could not see it yet. Today it can, but I am not sure it’s not too late.

Writer Robin Wright eloquently articulated the sensation that America is coming apart in a recent column on The New Yorker: “The United States feels like it is unravelling. It’s not just because of a toxic election season, a national crisis over race, unemployment and hunger in the land of opportunity, or a pandemic that’s killing tens of thousands every month. The foundation of our nation has deepening cracks — possibly too many to repair anytime soon, or, perhaps, at all. The ideas and imagery of America face existential challenges … that no longer come only from the fringes. Rage consumes many in America. And it may only get worse after the election … no matter who wins. Our political and cultural fissures have generated growing doubt about the stability of a country that long considered itself an anchor, a model, and an exception to the rest of the world.”

Robin’s intuition is dead on; there is no mending to the fissures. But there isn’t meant to be. People will only grow further from each other over time since this is the trajectory of the evolution of the ego, and no country cultivates the ego like America.

A solution will be found only if people decide that the unity of the nation is more important to them than the victory of their own view. At the moment, I don’t see it happening. I hope and pray that America will prove me wrong and the American people will rise above their numerous conflicts and bridge the deep chasms in their society. However, without understanding that cancelling the other side also cancels them, I don’t see what will be the impetus that will drive them to save their country from collapse.
[270815]

“Rosh Hashanah, Will It Get Worse Before It Gets Better?” (BIZCATALYST)