“Does Kabbalah Suggest A New Approach To Antisemitism?” (Algemeinier)

My new article on Algemeinier “Does Kabbalah Suggest a New Approach to Antisemitism?” 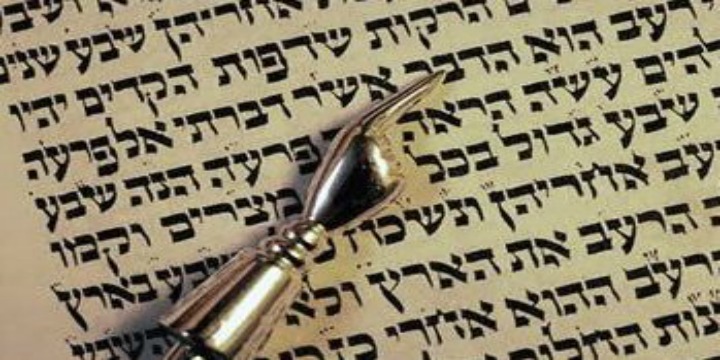 The maelstrom of a global pandemic has not kept antisemites and Jew-haters quiet. On Twitter, the antisemitic hashtag #JewishPrivilege, which was originally used to accuse Jews of racism and control over other minorities, rapidly became a top trending hashtag.

In an attempt to push back against the hashtag’s antisemitic sentiment, Jewish celebrities posted personal stories of discrimination, bigotry, and persecution suffered directly by them or their families throughout generations. But, as expected, it failed to ease the animosity.

In another instance of “special treatment” of Jews, Twitter accounts of users displaying a Star of David were locked by the social media platform, which deemed the Jewish symbol as “hateful imagery.” Twitter later said this was done by accident.

Surprisingly, this is all happening at a time when some social media giants face boycotts from international corporations, which are pulling multi-million dollar advertising budgets from what they call a permissive hate-speech culture on those platforms. Apparently, antisemitism is a more powerful exception to the rules against online hate speech than both advertising dollars and boycott threats, since it is still widely tolerated, and the responsible regulators look the other way.

Hatred of Jews, however, does not depend on our actions. It is a sensation embedded in nature. The wisdom of Kabbalah explains that antisemitism first surfaced together with the emergence of the Jewish people around 4,000 years ago in ancient Babylon.

While Babylon was experiencing a crisis of social division, with conflicts and hatred tearing up society, Abraham, a Babylonian priest who discovered the path to unity above the growing divisions, began openly teaching his method to anyone who wanted to learn.

Those who felt that social discord was the burning issue of the time flocked to study with him. He guided them to the discovery of the single uniting force necessary to rise above divisiveness. The group he led became known as “the people of Israel,” meaning “straight to God,” (Yashar-El in Hebrew), i.e., straight to the single force of love and bestowal that exists in reality. Later, the group also became known as “Jews,” which derived from the Hebrew word “yehud,” meaning unity.

Since the Jewish people were the first to attain unity above division, they received the mandate to act as “a light unto the nations.” This meant that their role was first to connect, and then to spread the light that emanated from their connection like rippling waves to the rest of humanity.

Why is this role so important today?

It is because in today’s world, the overblown human ego, social division, conflicts, and hatred are all rising exponentially, causing a myriad of problems and crises, and thus there is a renewed urgency and necessity for the Jewish people to carry out their role. The more people suffer, the more they subconsciously blame the Jews for holding the keys to fix the problems, but failing to do so.

If we Jews make no effort to connect, we block the positive unifying force from reaching humanity, and hatred pressures us to perform what is expected of us. Humanity’s positive future depends on us.

If we have a privilege, it is in our role to deliver human society the abundance and fulfillment that comes from uniting “as one man with one heart.” As is written by the most renowned Kabbalist of our generation, Rav Yehuda Ashlag (Baal HaSulam), “It is the wisdom of faith, justice and peace which most nations learn from us, and this wisdom is ascribed to us alone.”

When we as Jews unite, even slightly, we will act as a conduit for the force of unity to spread throughout human consciousness.
[268328]

“Repairing The World From The Pandemic” (Medium)

“Israel Had A Coronavirus Record Over The July 4th Weekend, With Cases Spiking By 13 Percent. Why Do You Think That Is?” (Quora)
Podcast Powered by podPress (v8.8)