Europe is in the most dangerous position out of all continents. It currently resembles a modern version of ancient Babylon, which either can start uniting above its growing divisions, or shatter completely.

Yesterday, I returned from a very special European convention in Borovets, Bulgaria, which we held on behalf of Kabbalah Info

It was a gathering of representatives from all European nations, people who came to discuss, think about and work on creating a unified society capable of acting as a model for the kind of unity above division that Europe will increasingly feel a need for.

If we take a bird’s eye view of humanity’s development over 1,000s of years, the European convention was indeed very special. Since the time of ancient Babylon, more than 3,000 years ago, any unified sensation that humanity shared has been in ruins. This is precisely why seeing such efforts of hundreds of people gathering from all around Europe with the goal of uniting above our differences holds profound significance.

At the convention, we discussed how unity can become a reality in Europe, and how the unity of Europe by a critical mass of people who feel the importance of such unity, can become a model for a new era of unity in humanity.

Kabbalist Yehuda Ashlag (Baal HaSulam), our principle study source, writes that today is the generation of the Messiah, “Messiah” (“Moshiach” in Hebrew) being a force that pulls (“Moshech” in Hebrew) us out of our involuntary egoistic, self-aimed desires, and into the altruistic desire to love, bestow and positively connect with others. In other words, by wanting to unite, we can draw the force dwelling in nature that constantly moves in a unifying direction, which unites us. We thus also achieve a certain extent of balance with nature, and experience positive feedback from such balance.

As today’s world sinks deeper into crisis, lacking solutions to the myriad problems boiling increasingly on personal, social, ecological and global scales, humanity somewhat manages to navigate itself by blurring the vast web of problems in the short term. However, in the long term, a growing sense of helplessness will corner us to face a fact that we do everything we can to avoid: that our lives will not improve by anything we try to change outside of ourselves. On the contrary, we will experience more peace, happiness, confidence and safety when we change ourselves.

Sooner or later, we will need to correct ourselves, changing our outlook on others, the world and nature from egoistic to altruistic, from divisive to unified, drawing nature’s positive influence upon us in the process. When we do, we will discover a newfound balance with nature, a sensation of harmony and perfection through our unity upon our differences.

Those who attended the European Convention in Bulgaria are those learning and implementing the wisdom of Kabbalah—a method for how to achieve unity above division. The time is coming closer to when humanity will feel a need for the kind of unity that this method guides us to, and I’m very happy to see so many people of different backgrounds, ages and genders applying themselves to achieve such exalted unity. As the future appears bleak for humanity if it fails to make a significant shift, there will be a growing demand for guidance on how to live more positive lives from a critical mass of people who have advanced in unity above division. What we went through at the European convention was a major step in that direction. 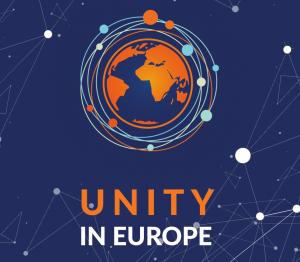 On A Small Raft