“No Point And No Sincerity In Remorse” (Linkedin) 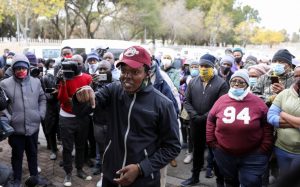 It seems as though we are in the age of remorse. Police officers in America are kneeling before black Americans; Emmanuel Macron acknowledged “his country’s use of torture in the Algerian War,” and more recently, admitted France’s “Guilt For Rwanda’s Genocide.” Also recently, “Germany officially recognises colonial-era Namibia genocide,” and a few years ago, Canadian Prime Minister Justin Trudeau apologized “for Abuse and ‘Profound Cultural Loss’ at Indigenous Schools.”

These apologies pamper people’s egos but yield no positive results. If anything, it will, and is already creating a distortion toward the other extreme. Even worse, the financial compensation that is offered as recompense will only exacerbate the problems of the victim nations. It will ruin their way of life without giving them a sustainable alternative. If we want to help struggling countries, and we should want it because they are part of the family of nations, we should invest in education for humanism, for solidarity, for mutual responsibility. This is the way to build prosperous nations, and not by simply inundating them in money.

The Apartheid regime in South Africa was wrong, unjust, and racist, and should have been revoked, as it finally was. However, because it happened without first educating the liberated people, the results were horrendous. At the end of the Apartheid, the rand, South Africa’s currency, was just over 3.5 per 1 US dollar. By 2018, the exchange rate was 13.2 rands per dollar. Likewise, the GDP per capita plummeted from $13,000 US at the end of the Apartheid regime to $4,100 US in 2018.

Even for the oppressors, an apology is no solution. It can never be a sincere apology since the ego will never admit that it did something wrong, so if people are offering apologies for past wrongs, they are insincere, and insincerity prevents real correction. Also, when countries seek money as recompense, and nothing more, it is not a request with the benefit of the population in mind.

The only way to raise people from their current level to a higher one is education. And by education, I mean first and foremost education to humanism, to solidarity and mutual responsibility. Once a country achieves this, everything else will fall into place.

“What Will Be Next After The Coronavirus?” (Quora)