“Who Won The May 2021 Conflict Between Israel And Hamas, And Why?” (Quora)

Michael Laitman, On Quora: “Who won the May 2021 conflict between Israel and Hamas, and why?“

Israel might have won the battle militarily, but it is losing the war for the world’s support.

With each conflict between the two, public opinion grows stronger against Israel, making it lose face more and more on the world stage. Israel also might win future military battles, but the world has tilted in favor of the Palestinians. If Israel continues focusing primarily on its military defense while making no key changes on an ideological level, then it can expect increasing delegitimization to reach levels where the world will wish for its elimination.

How, then, can Israel win the world’s support? 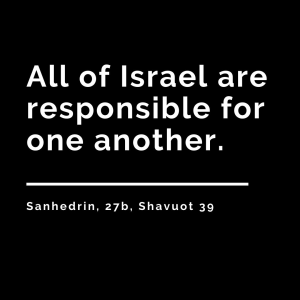 Israel can win the world’s support if its people understand that their strength is in their unity, and only in their unity. When united, the people of Israel realize their roots, the foundation that made them the people of Israel to begin with. The unity of the people of Israel draws a special unifying force and example to humanity, which in turn makes humanity feel that there is a reason and benefit for Israel’s existence. However, when divided, as the country currently looks, for instance, as it cannot even form a government over multiple elections while having 120 members of parliament scattered across dozens of parties, then the division and hatred projecting from this small country causes the world to frown upon it. More and more people then latch onto an anti-Israel stance in order to justify the deeper hatred they feel toward us.

Thus, in addition to boosting Israel’s military defense systems, Israel needs to remind and educate its people that its strength is only in its unity. While, on the surface, it appears as if more and more people hate Israel because they view Israel as oppressing and abusing human rights against Palestinians, at a deeper level, the core reason for the hatred of Israel is due to today’s people of Israel failing to live up to what made them the people of Israel to begin with: they give into their divisive drives, desires and thoughts instead of uniting above them. The hatred among the people of Israel today projects subconsciously onto humanity as a whole, and as humanity feels increasing suffering and perceived injustices due to increasing division, then more and more people hate the people of Israel, and the hatred becomes expressed increasingly as hatred for the State of Israel.

The growing hatred against us is an indicator that we need to return to our roots and reason for our being here. Our nation was founded on principles of love, unity and mutual responsibility. We became a nation when we applied the law of “Love your neighbor as yourself” to our relationships above our divisive drives. Therefore, by not exercising unity above our divisions, we fail to live up to what made us the people of Israel to begin with, and as a result, people around the world increasingly feel no justification for this people holding a land of their own.

In order to validate our claim to the Land of Israel, we need to revive our unity. By doing so, we will become a positive conduit for the unifying force to spread throughout humanity, i.e., as it is written, we will become “a light unto the nations.” While divided and hateful of each other, people around the world feel that we project division and hatred to the world. They feel us as the source of all evil, of every problem in their lives. If we thus rise above our divisiveness and unite, the world will support us, including the Palestinians. If we, however, let our divisive drives run us, then the world will eventually expel us from this land.

About the people of Israel being founded on following the law of “Love your neighbor as yourself,” Kabbalist Yehuda Ashlag (Baal HaSulam) writes the following in his article, “The Arvut (Mutual Guarantee).”

All of Israel are responsible for one another (Sanhedrin, 27b, Shavuot 39). This is to speak of the Arvut (Mutual Guarantee), when all of Israel became responsible for one another. Because the Torah was not given to them before each and every one from Israel was asked if he agreed to take upon himself the Mitzva (precept) of loving others in the full measure, expressed in the words: “Love thy friend as thyself.” This means that each and every one in Israel would take it upon himself to care and work for each member of the nation, and to satisfy all their every needs, no less than the measure imprinted in him to care for his own needs. And once the whole nation unanimously agreed and said, “We shall do and we shall hear,” each member of Israel became responsible that nothing shall be missing from any other member of the nation. Only then did they become worthy of receiving the Torah, and not before.

“There Is A Purpose To The Israeli Palestinian Conflict” (Linkedin)

“The Crime Of Being Jewish” (Linkedin)
Podcast Powered by podPress (v8.8)