My new article on Linkedin “What Alzheimer Cannot Erase” 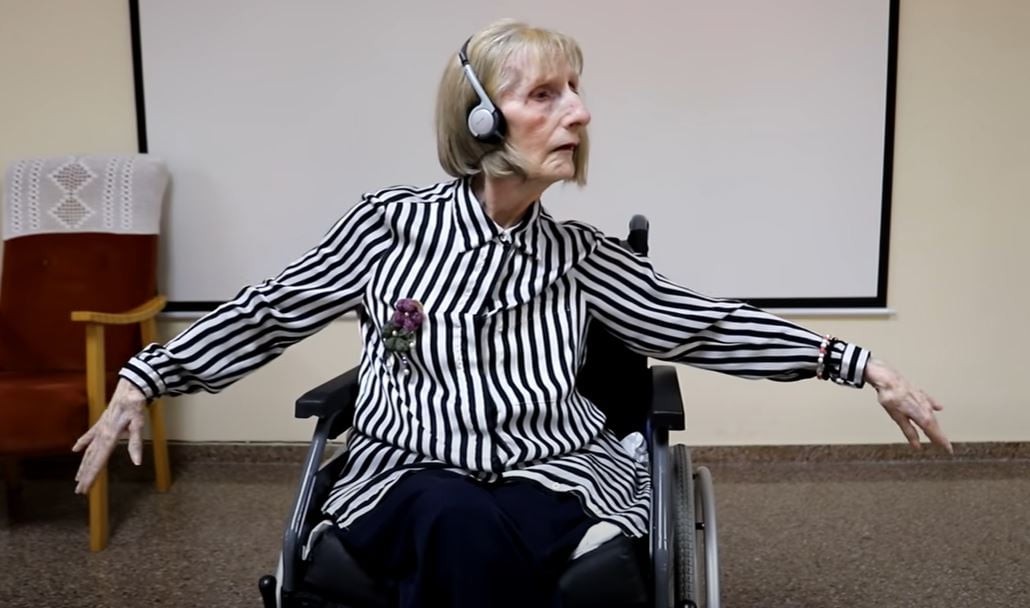 An old woman, fallen and withered, sits almost lifeless in a wheelchair, as strains from Tchaikovsky’s Swan Lake begin to play in the background she suddenly straightens up, awakens from oblivion, and her hands dance in perfect unison with the music as she recalls the choreography as if she were standing on a huge stage in front of thousands of shining eyes.

And where do we absorb the spirit from? From connection between human beings. In the tendency to connect with others, a channel opens up within us to absorb forces from it, to receive spiritual “air.”

This woman is Marta Gonzalez, and she did dance on the grand stages of the world when she was the prima ballerina of a New York ballet company she founded in the 1960’s. But for many years she has been suffering Alzheimer’s disease. In a video recently posted on the Internet she was seen with gentle sounds mesmerizing her in a moment of magic and arousing her memory and body movements.

The music here is marginal, it’s just a means. It is the spirit, the energy of life, the inner admiration, that shone in it and radiated from it. In Marta’s case the essence of life was folded and turned off in a thin memory, and a melody lit it up once again.

The spirit is the force that lies between the physical and the spiritual worlds, and it is the one that elevates man from one state to another, elevates one from level to level. In our time the human spirit is of utter importance, especially because humanity is facing difficult times of epidemics, diseases, and famine. Earthly problems are temporary, but the spirit is eternal, spreads over the whole universe, detached from the limitations of time, motion, and space. It is a spiritual force that elevates man.

And where do we absorb the spirit from? From connection between human beings. In the tendency to connect with others, a channel opens up within us to absorb forces from it, to receive spiritual “air.”

Like Marta, even when she was unaware of it, through the fact that she acted to encourage others, to lift their spirits through her performances, she herself received great spiritual awakening that emanated from within and evoked emotion in those around her. Through our unity we can also generate that rippling and eternal effect on the big stage called life.

“Debunking More Myths – Satan And The End Of The World” (Linkedin)