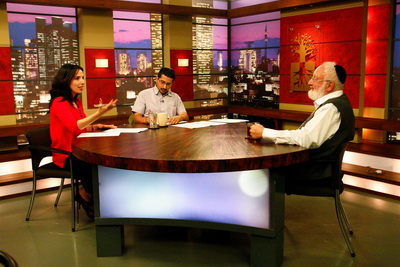 Abraham gathered the most developed people who lived in his time and taught them to connect in order to reveal the upper force. They have the ability to see the world in depth, from the perspective of two opposite forces, the force of receiving and the force of giving. An ordinary person sees the world only according to the force of receiving, which is based on the survival of the fittest and the power of the human ego. It is like seeing the world through one eye rather than two.

These people, the Jews, lost the ability to reveal the force of bestowal since the days of the destruction of the temple. The goal of their evolution is to re-awaken these abilities, rebuild the attribute of giving inside of them, and identify the force of love and bestowal in reality.
[149763]
From KabTV’s “New Life 465 – The Jewish Potential, Part 1,” 12/4/14

The Prerogative Of The Upper Force