“How Can America Survive Without Police Departments?” (Quora)

Michael Laitman, On Quora: “How can America survive without police departments?“

For example, in Minneapolis, its city council announced plans to disband its police department and invest in community-based public safety programs, and in New York City, Mayor Bill de Blasio publicized plans to divert funding initially planned for the NYPD instead to social services.

Disbanding and cutting funding to police departments demonstrates the authorities’ growing awareness in the public’s loss of trust in the police. The positive aspect of such recognition is that it highlights a broken aspect of our lives that needs fixing. However, building trust in anything that is soaked in doubt and suspicion is no easy and fast task. 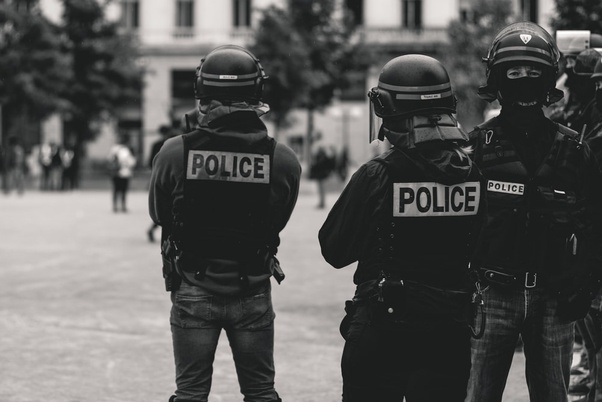 Since times are changing fast, the authorities would be wise to revise how they protect and serve their respective publics to keep up with the pace of change.

The recent coronavirus pandemic as well as George Floyd’s killing show us two clear examples of how an incident that takes place in one place of the world ends up having global repercussions, affecting masses of people in many different ways.

In the coronavirus’ case, a tiny particle that started infecting people in Wuhan, China, spread to become a global pandemic, infecting and killing people in the millions around the world, as well as affecting many millions more socially and economically. Also, in terms of George Floyd’s killing, a single unjustified murder and act of police brutality caught on video sparked a US-wide response of protests and riots.

We clearly live in interdependent times. Therefore, any move by authorities to build trust with the publics they serve should seek to raise public awareness of how to realize today’s quickly-surfacing interdependence positively, as well as provide a supportive and protective layer in society to deal with the variety of crises emerging.

Simply put, if people would feel good, happy and safe, then the authorities that serve to bring about such sensations would gain their trust.

What, then, could the authorities do in order to activate positive sensations in the public?

What I propose is a renewed focus in the field of education.

Since our times are changing fast, and we make swift strides from a past paradigm of competitive individualism to a new paradigm of interdependence, we all require an upgrade in how we think about and relate to the world, to nature and to other people.

What is that upgrade?

It is that we develop relations of mutual consideration, responsibility, support, encouragement, love and care above our divisive drives, thereby realizing our interdependence positively.

Authorities could play a major role in such an upgrade by funding the creation of educational programs that aim to bring about these positive outcomes and better connections in society.

I have written extensively about providing basic income in exchange for participation in educational programs, which teach how to manage ourselves in an interdependent world, and how this idea is supported by the expectation that unemployment will grow immensely in the coming years.

Such a system would serve to provide people’s essential needs, as well as tools for people to improve their connections, and manage their lives and homes in an interdependent world.

Basic income in exchange for participation in connection-enriching education would aim to upgrade everyone’s sense of responsibility and concern for their surrounding societies, and due to a newfound positive atmosphere sweeping through society that the authorities served to establish, trust in the authorities would also be revived.

If we look at our current state, after the coronavirus illuminated our mutual responsibility toward each other in terms of adhering to maintaining good personal hygiene, social distancing conditions and wearing masks in order to stop the virus’ spread, we see that when the vision of George Floyd’s murder angered millions of people, our emotions breached many restrictions we held toward each other as many resorted to taking their aggravation out by looting and causing destruction to many small businesses.

In other words, there is still a strong sense of detachment, indifference and hatred in society that we should seek to mend if we wish for more just, safer and positive conditions.

Connection-enriching educational programs coupled with basic income would aim to heal such social division by increasing our sense of mutual responsibility and consideration.

As a result of improved social connections, we would also be on the way to solving many personal and social problems, such as depression, loneliness, stress, anxiety, and many kinds of abuse, violence and conflicts. Therefore, much of the budget that goes into dealing with those problems could eventually be redirected to further strengthening the services that benefit society. That is, the authorities could consider such a system as an investment, not merely as services.

In short, instead of discussing whether the US could survive without police departments, we would be wiser to ask:

What could help the US survive and prosper heading into the future?

Also, what changes would the US need to implement in order that American society feel safe, confident, and ultimately, happy together, while also regaining trust in the police?

The system I proposed here of providing for people’s essentials in exchange for participation in connection-enriching learning, which would seek to shift society’s values from individualistic and egoistic to mutually considerate and responsible, aims to bridge our social divisions with the positive atmosphere described.

I therefore very much hope that American society will start implementing a major transformation toward more positive connection among its citizens. In addition to the myriad benefits for America’s citizens, the benefits would ripple worldwide, because the world’s eyes are on America, and it has the potential to inspire other countries to follow suit.

Above photo by ev on Unsplash.

“Will The Recent Protests In The US Be The Major Reason For The Second Wave Of Coronavirus In The Country?” (Quora)

“Why Is There Racism?” (Quora)
Podcast Powered by podPress (v8.8)