Until we cure the breeding of violence in American culture, don’t expect these events to go away.

These tragic scenarios repeat themselves over and over in most aspects of how and where they unfold. Clearly, the U.S. must set up a dedicated think tank to research and investigate why mass shootings have become an epidemic in American society.

Understandably, each time there is a mass shooting the gun control debate comes alive again, yet it doesn’t reflect the root cause of this epidemic. When individuals have set their minds on killing others, they will find a way to do it even with tougher gun laws. Typically, mass shooters don’t carry out their act of violence in a moment of insanity. They rather plan it meticulously to maximize their impact.

Also, it’s difficult to envision how America would round up some 400 million guns that are currently scattered throughout society. Not to mention that there will always be a black market for weapons.

America needs to focus on preventive actions that are beyond adding security officers and cameras in public spaces. A real solution must involve launching a massive nationwide educational program that would require the cooperation of all major institutions, from Hollywood studios, through academic institutions, to government offices, and everything in between.

The amount and frequency of mass shootings is causing Americans to become increasingly desensitized with every event that happens. Only if America would be able to rally everyone around the effort to heal a culture that breeds violence—we can expect to see real impact. 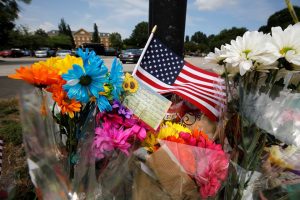 Preparation For The Meeting Between The Creator And Creation