“With Our Hands On The Valve” (Linkedin)

My new article on Linkedin “With Our Hands on the Valve” 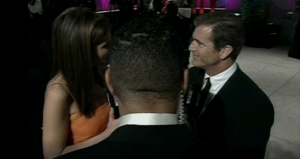 Wherever you look around the world, antisemitism is on the rise. In Argentina, the police prevented a deadly attack on a synagogue that was planned for a Saturday when synagogues are packed. In France, the Court of Cassation absolved the 2017 murderer of a Jewish woman, Sarah Halimi, of criminal responsibility because he took cannabis before he brutally beat her and threw her out the 3rd floor window yelling in Arabic, Allahu akbar [God is great]. According to the Anti Defamation League, in 2020, there were more than 2,000 antisemitic incidents in the US. Similarly, the German Federal Criminal Police Office reported that the number of antisemitic crimes across the country was 2,351. Even the news about the Mt. Meron disaster, where 45 Orthodox Jews died in a stampede, including quite a few children and youths, was met with vitriol on social media. The many responders audaciously wrote such comments as “God send Your wrath on the Jews” and “Thank God, they’ll continue their festival of fire in Hell.”

If we look into the reason that our sages and the world place the responsibility for our woes in our laps, we will find that both refer to our internal division as the cause. While the nations blame us for sowing division among them, our sages point to our hatred of each other, which prevents us from spreading love of others to the world.

Antisemitism has always been ubiquitous and has always led to violence against Jews, but never was it so pervasive all at the same time. On the personal and social levels, individual Jews and Jewish communities around the world are facing a spike that has many of them looking for alternative places to live, but there aren’t many options. On the international level, institutional antisemitism cloaked as anti-Zionism expresses itself through coordinated attacks on Israel in the UN and other international organizations.

Additionally, America’s support of Israel is fading; its focus has shifted to renewing the accord with Iran, whose explicit goal is to obliterate the State of Israel. Europe, too, whose anti-Israel stance has long been a challenge for the Jewish state, supports Shi’ite, Iran backed Muslim organizations which the EU itself has defined as terrorist organizations.

Why does the world blame Jews and Israel for its every woe? Why do people accuse us, for example, of creating the Covid-19 virus, and before that the HIV virus? Why did it accuse us of wanting to destroy the world and take control over it during the 2008 Great Recession? Why do many people feel that Israel is an ally of Al Qaeda? In short, why do people feel that, as actor Mel Gibson fumed, “The Jews are responsible for all the wars in the world,” or as retired General William Boykin blustered, “The Jews are the problem; the Jews are the cause of all the problems in the world”?

Interestingly, our sages seem to be somewhat in agreement with antisemites that the world’s troubles are somehow our fault. The sages of the Talmud wrote, “No calamity comes to the world but for Israel” (Yevamot, 63a). Rabbi Shimon also writes in The Book of Zohar that Israel’s wrongful actions “bring about the existence of poverty, ruin, and robbery, looting, killing, and destructions in the world” (Tikkuney Zohar, Tikkun No. 30). In the early 20th century, Rabbi Yehuda Leib Arie Altar, the ADMOR of Gur, wrote in his principal composition Sefat Emet: “The children of Israel became responsible for the correction of the entire world … And it is to that that they replied, ‘That which the Lord has said, we shall do’—correct the whole of Creation. …In truth,” he concludes, “everything depends on the children of Israel.”

If we look into the reason that our sages and the world place the responsibility for our woes in our laps, we will find that both refer to our internal division as the cause. While the nations blame us for sowing division among them, our sages point to our hatred of each other, which prevents us from spreading love of others to the world.

Accordingly, in his composition The Book of a Few, Rabbi Hillel Tzeitlin writes that “If Israel is the one true redeemer of the entire world, it must be fit for that redemption. Israel must first redeem its own soul, the sanctity of its soul.” And how does Tzeitlin propose that we will achieve this? “For this purpose, I wish to establish with this book the ‘unity of Israel’ … If founded, the unification of individuals will be for the purpose of … corrections for all the ills of the nation and the world.”

Similarly, the great 20th century kabbalist Rabbi Yehuda Ashlag wrote in his essay “Mutual Guarantee”: “It is upon the Israeli nation to qualify itself and all the people of the world … to develop until they take upon themselves that sublime work of the love of others, which is the ladder to the purpose of Creation.”

So, when you look at the world and see the enmity among people and nations spreading like brushfire, and there is no water around to put it out, you realize that we have our hands on the valve, and we are the ones keeping it shut. Consciously or not, people evidently feel that the Jews are responsible for their troubles, but they don’t understand in what way. They cannot see that we are responsible for their troubles through our internal division and mutual hatred, which prevents them from achieving unity among themselves. Indeed, this lesson is for us to learn, and for us to execute. Because at the end of the day, as the great Rav Kook points out in his book Orot, “In Israel lies the secret to the unity of the world.”

For more on this topic, refer to the books The Jewish Choice: Unity or Anti-Semitism, Historical facts on anti-Semitism as a reflection of Jewish social discord, and Like a Bundle of Reeds: Why unity and mutual guarantee are today’s call of the hour.
[282040]

Representative Of All Created Beings

Runs Away Looking Back
Podcast Powered by podPress (v8.8)