“Jews Can Be The Key To American Unity” (Linkedin) 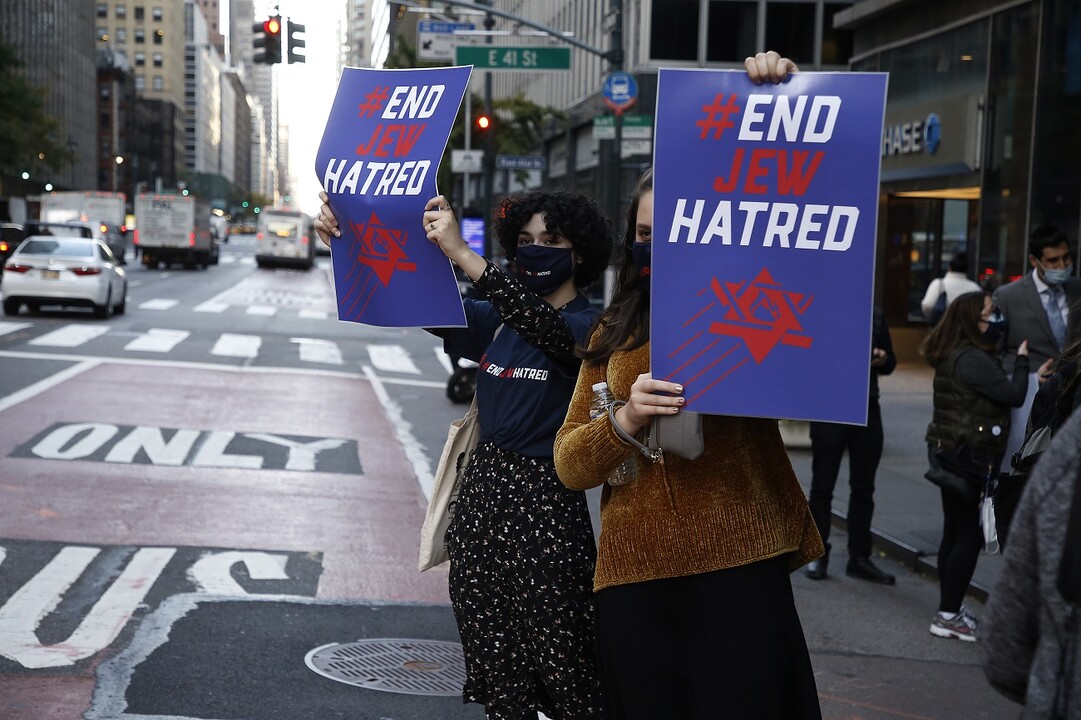 Could anyone imagine the day would come when Jews in America would need to hide their religion and cultural background? In America—the land of freedom and endless opportunities, the melting pot where people from all walks of life could converge and coexist in mutual respect—as the Founding Fathers conceived it. How can we now come to terms with the fact that 24% of American Jews say they avoid wearing a Star of David pendant, kippah, and any other Jewish symbol in public out of concern for their safety? This is the disturbing reality revealed by the most recent survey on attitudes of American Jews about antisemitism. Food for serious thought.

“Deep anxiety among US Jews & lack of awareness among the general public about the severity of antisemitism in the US” is revealed in this year’s report conducted by the American Jewish Committee. The survey’s release coincides with the second anniversary of the Tree of Life synagogue shooting. The still-bleeding wounds of hatred against Jews are evident in the ongoing attacks on college campuses and hate crimes committed across the country. In fact, nearly nine out of ten respondents believe that the cancer of antisemitism is a worrying problem in the US.

Would trying to avoid being identified as Jewish help us escape from being the target of antisemites? No, because the number of haters is bound to multiply. Divisiveness, clashes, and increasing hostility within American society are the breeding ground of a deep crisis at all levels. America is a very dynamic nation. The effects of the pandemic have damaged and destabilized the economy. Public health and social instability are only some of the concerns afflicting the American public. The mass media in the US is powerful and very influential in heating up the environment. All these elements combine to create an unstable situation in which people’s nerves are so frayed and circumstances so volatile that any issue could ignite the powder keg in the blink of an eye.

In such uncertain conditions, it is entirely feasible that we will see in the near future, unanimous agreement in the entire American population that Jews are to blame for the severe blows the nation may suffer in both the political arena and in the socioeconomic spectrum. Current trends indicate that street protests and pogroms may not be a rare occurrence. It seems less and less farfetched that a new Holocaust is looming on the horizon. I say this in all seriousness. Certainly, some may be in a state of denial, just as it was in Germany when the majority of Jews refused to believe the Final Solution was imminent.

How could another Holocaust be possible? History has taught us the hard way that when things go wrong in society, sooner rather than later, Jews will be blamed and persecuted. However, before the situation comes to this, Jews have the ability and opportunity to apply a special preventive treatment: to rise above all differences and unite. And this must take place regardless of any political preference or other consideration. Instead of allowing politics to divide us, we must come together in solidarity and cohesion. As it is written in the book Maor VaShemesh, “The prime defense against calamity is love and unity. When there are love, unity, and friendship within Israel, no calamity can come upon them.”

American Jews from all sides of the political scene have become so alienated from one another that each faction feels that the other behaves against the interests of the Jewish people and against our core values. Ironically, the greatest of Jewish values is unity above differences! It is famously stated as the greatest law of Torah, “Love thy neighbor as thyself.”

The inability of Jews to rise above differences of opinion plainly shows how distanced we have become from our true heritage. This colossal lapse must be mended quickly not only because it is our true goal as a people, but because our error in oversight puts us in grave and immediate danger. We may have different political opinions, but we are all Jews, and for antisemites, that is enough.

The wisdom of Kabbalah explains that it is the historical purpose of Jews to demonstrate unity and to model corrected societal relations for others. We became a nation at the foot of Mount Sinai only after every person present accepted the condition of being “as one man with one heart.” Jews practiced the method that allowed them to rise above their differences and lived under principles of true equality and mutual concern. But then unfounded hatred and disunity arose causing the destruction of the First and Second Temples. Since then, we have forgotten that unless we are in brotherly love and unity, afflictions will continue to fall upon us until we remember and carry out our mission.

Today, as antisemitism increases yet again, Jews must finally provide the model of social cohesion that only we can. Our ancient calling has become so pressing and relevant in these precarious times that ignoring it will have horrendous consequences.

The threats towards Jews signal an imperative change that needs to happen, a change that Jews must initiate and play the decisive role in it. We must see that our true Jewish power, both to protect our communities and to contribute to the world, lies in our ability to unite above all differences, and that the wisdom of how to do this is more than a simple mechanism for fending off threats and safeguarding our people. It is deeply ingrained in our core values and heritage.

The Future Of The World Depends On Women

“Is It Too Late For American Jewry?” (Linkedin)
Podcast Powered by podPress (v8.8)