“Is It Too Late For American Jewry?” (Linkedin)

My new article on Linkedin “Is It Too Late for American Jewry?” 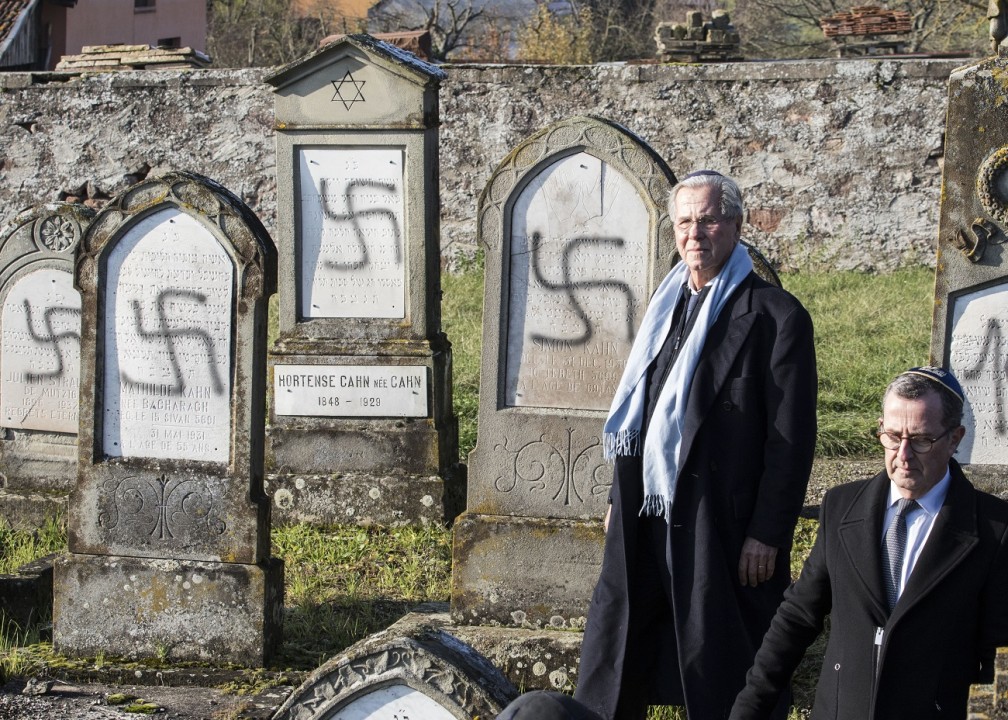 American Jews used to think that antisemitism in America existed only on the fringes of the Right. But currently, you find more of it in the mainstream Left. In all likelihood, however, the Left and the Right will unite around the one thing they have in common: hatred for Jews. American Jews are waking up, but by the time they realize that they are reliving the pre-Holocaust days, it just might be too late.

A recent AJC survey highlighted two points indicating that Jews are finally waking up from the illusion of safety. 1) “More than 93% of Democrats, 87% of independents, and 75% of Republicans say antisemitism infects the nation. At least 80% of Jews of all denominations … point to the uptick, as do at least 86% of Jews of all ages.” 2) 31% of American Jews “say they have tucked their Star of David pendant into their blouse, removed their kippot [yarmulke], and avoided publicly wearing, carrying, or displaying other things that might help people identify then [sic] as Jewish.” Additionally, “A quarter of respondents say they avoid certain places, events, or situations out of concern for their safety.”

Antisemitism has been creeping from the fringes to the mainstream in America for several years, but the pace has picked up in the last year or two, and I anticipate that after the election it will become “in vogue” to hate Jews. When that happens, progressives and liberals from the Left will suddenly find common ground with Neo Nazis from the Right, and everyone will agree that they do not need to fight among them since the Jews are the source of all their troubles, Jews are the ones setting them apart, and from here on they’ll know what to do.

If the Jews expect the government, any government, to protect them, they’ve got another thing coming. There is no political sense in supporting Jews: If they restrain antisemitism, then the half of the nation that’s lost the election will turn against the government. But if they can pin the nation’s troubles on the Jews, then what better way is there to unite the nation? This is the exact same ploy that Hitler and numerous rulers before him used in order to unite the nation and divert criticism from the government to a vulnerable minority that everyone hates and envies anyway. The Jews, once more, will become expendable.

Unlike Germany in the 1930s, American Jews, remembering the Holocaust, are very active in resisting antisemitism. They protest, establish defense organizations, and lobby on Capitol Hill. But none of it will help. American Jewry has come to symbolize capitalism in its worst form, where money is all that matters, and when you’ve got it, you “make the world go round.” As long as this is the image of Jews in America, they don’t stand a chance against antisemitism.

Jews should engage in one thing and one thing only: connecting with each other. They have to connect among themselves in order to be an example for the rest of the world. Jews have given the world the most important motto of all, the epitome of altruism: “Love your neighbor as yourself.” But if they don’t exercise it, or even try to move in that direction, the world has no need for them and it will opt to carry on without them.

I have been warning American Jews for nearly two decades that their fate would be horrible unless they united and became an example of solidarity. I have written two books about the consequences of disunity and its essential role to the people of Israel, Like a Bundle of Reeds: Why unity and mutual guarantee are today’s call of the hour, and The Jewish Choice: Unity or Anti-Semitism, Historical facts on anti-Semitism. I published hundreds of articles and essays, and given dozens of lectures, live and through the internet, throughout the US and Canada. Despite all the historical evidence I had presented, and despite all the quotes where I had shown that our sages throughout the centuries cautioned that unity is our only hope, hardly anyone listened, much less embraced unity as a solution to our problems.

Now, finally, American Jews accept that there is antisemitism, but they still refuse to believe that they have a solution to it. They think that antisemites can choose not to hate Jews, and don’t realize that it’s their hatred of each other that excites the world’s hatred of them. By the time they realize that all they need is not to hate each other, the world might be too engrossed in accusing Jews, too excited about the discovery of the cause of its troubles. I pray that I am wrong, though history, I’m afraid, is on my side.

“Jews Can Be The Key To American Unity” (Linkedin)

“Why Did Anti-Semitism ‘Switch Sides’ Politically In The US?” (Quora)
Podcast Powered by podPress (v8.8)