Hunger could be used as a weapon of war and conflict in these challenging times. That is the concern over which the Nobel Peace Prize this year was awarded to an organization that fights famine globally: The UN World Food Programme. In response to the announcement, the organization stated, “Until the day we have a medical vaccine, food is the best vaccine against chaos.” Regardless of why these “peace” prizes are given and to whom, we should first ask, “What is peace?” The essence of peace is the optimal connection between opposite things, opinions, people, and movements. I see no organization or person in the world acting to fulfill such a goal.

The number of people facing hunger worldwide will double from 135 million to 265 million this year—the particular result of the Covid-19 pandemic—according to UN estimates. Predictions forewarn of starvation of “biblical proportions” as a result of the economic and food crises caused by the spread of the virus. Even if the work of The UN World Food Programme and other organizations is important, I do not see anyone in the global arena who deserves the Nobel Peace Prize, no person or organization that strives for real peace and whose actions focus on bearing fruit in uniting people.

The peace agreements between the Arab Emirates, and Bahrain with Israel this year under the umbrella of the US was spoken of as a historical event that deserves the international prize. However, I’ve noticed that the recent trend has been to move away from political actions toward peace and to give the award to global organizations instead of individuals.

Why, despite so many efforts, does humanity repeatedly fail in its attempts to make true peace? The reason is that we do not know how to rise above our egoistic human nature which obstructs any possibility to attain tranquility. Every action we make is for our own benefit. We manipulate ourselves and others into believing that we act in their favor, while deep down, self-interest guides our every move.

The essence of the term “peace” (in Hebrew, Shalom), means “wholeness” (Shalem). Is the mere absence of war a sufficient enough achievement to claim that we experience wholeness? Certainly not. A deeper analysis of the term “peace” brings us to the need to understand the forces acting in reality and how to balance them properly to achieve true peace.

Two forces coexist in nature: the negative force of self-interest, and a positive force that promotes mutuality, consideration, and thinking about the common good. Ecosystems naturally balance these two forces so they complement one another. The apparent competition we observe in nature actually generates homeostasis, a harmonious coexistence that fosters life and development.

In humans, the negative force creates a crippled society which needs to enforce binding restrictions to stop us from destroying one another at the first opportunity. Worse yet, we see how the negative force within us keeps growing and intensifying. We are quickly nearing a point where the tensions will be unbearable.

Today we number billions of people. We each perceive ourselves as separate from the other, and are often not even at peace with ourselves. This lack of understanding of how to arrive at peace is humanity’s central problem.

We humans are the sole violators of the delicate balance of nature on the planet with our narrow egoism, i.e., the desire to benefit ourselves at the expense of others. And in precisely this, we harm humanity, the world, and nature. Therefore, only by changing our viewpoint from being self-centered to an interconnected and rounded perspective will we bring peace to the world.

As our sages observed: 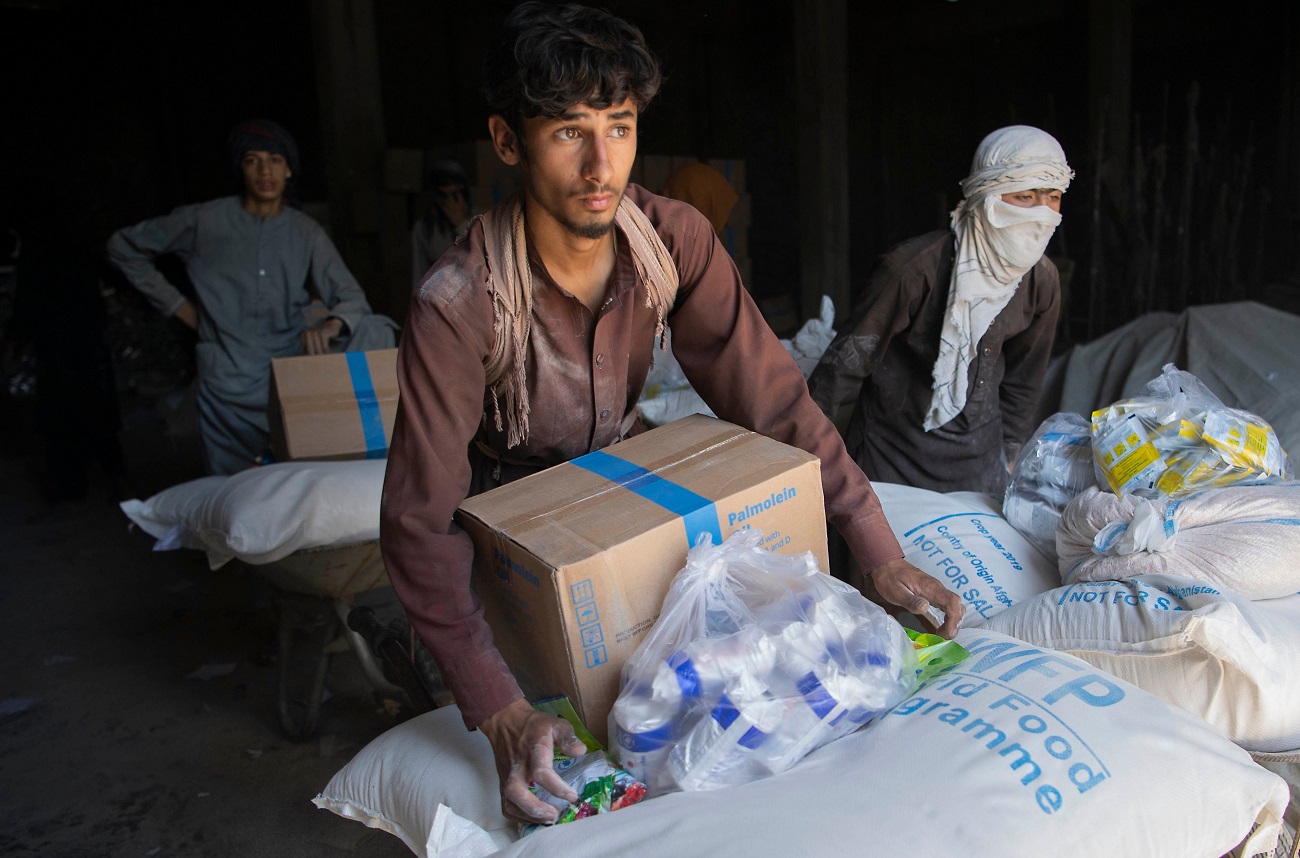 Kabul, afghanistan.- In the photos, WFP authorities work to deliver food to the most vulnerable families. The UN World Food Program (WFP) was awarded the Nobel Peace Prize this Friday (9), announced the Nobel Committee in Oslo, underlining that the need for multilateral solutions to major problems such as hunger is “more evident never”.
[272327]

“Pandemic Fatigue – A Symptom Of The Virus Or A Proof Of Senselessness?” (Linkedin)