“Is This World Going In A Right Direction?” (Quora)

Michael Laitman, On Quora: “Is this world going in a right direction?“

The world has been through enough preliminary phases, including regimes tilted to the far-left and the far-right, and it has experienced a great share of turbulence, turmoil and mistakes.

Now the impending question is: What path will we take next?

Over the course of humanity’s history, we were constantly trying to work out what way to head next: to the right or to the left.

What are we left with today? 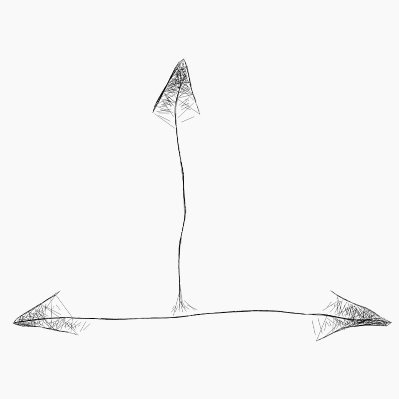 We have reached a stalemate in every field of human engagement, personally, socially, educationally, economically, ecologically and globally.

We worked with all the systems we could devise, and ascertained that there is no single system or plan remaining that could steer us confidently into a bright future.

We have entered a deadlock with no vision of a better future motivating us, and also nothing to goad us forward from behind either.

Our era is thus characterized by the end of our egoistic trials and tribulations. The human ego gracefully stood behind every human endeavor, and every prior breakthrough and progress, giving just enough fuel for it to unfold and reveal how it fell short in providing lasting fulfillment and happiness.

While engrossed in our ego, we can either receive egoistically or give egoistically. With an egoistic intention lying behind any act of receiving or giving, destruction is the inevitable conclusion.

We have squeezed out all the juices from these egoistic forms.

We now need to leave our egos alone, acknowledge that they lead us to no positive outcome, and build a new level above them.

This new level should be one of giving above receiving, and connecting positively above detachment and estrangement to each other.

In order to build this new level, we need access to a new kind of fuel and motivation, which doesn’t emerge naturally in our egoistic desires and thoughts.

Such access can be granted via a new method of education—a method of connection—that shows us how we can develop positive connections above our egoistic differences and divisions.

If some person, organization or movement wishes to pull people to a certain direction, to the left or to the right, then it is bound to fail, and we have the examples of such failure in Nazi Germany and communist Russia.

Today, we have the additional advantage of such experiences—that we can see how our egos devise systems that ultimately divide one people from another, and that such systems are setup for failure.

Recognizing the failure of working according to our egos, we would thus be wise to accept a new kind of education: one that guides us on how to connect harmoniously above our egos.

Connection above the ego is the world’s only path left.

This path means that we accept the fact that humanity is a single whole, and that we are all parts of this whole, as cells and organs in a human body. If a single cell takes from other cells more than it needs to survive, then it becomes cancerous and spreads disease throughout the body.

Today, we experience such disease as myriad problems and crises spreading throughout humanity. And they all share the same root: each person locked in their narrow egoistic corner, acting in a tug-of-war battle with everyone else.

We thus need to conclude that the human ego, which has based all of our development until today, has reached its expiry date.

Using the ego unabated—with no inclination to acknowledge how it constantly operates on us, and with no motion to rise above it—delivers us all the problems we experience.

The days of moving back and forth between left and right have reached their dead-end. Today, our survival, at the very least, and moreover, our ability to draw motivation, happiness, success and confidence from a fresh new source of vitality, depends on us rising above our egoistic nature, period.

What Will Make People Kinder?
Podcast Powered by podPress (v8.8)